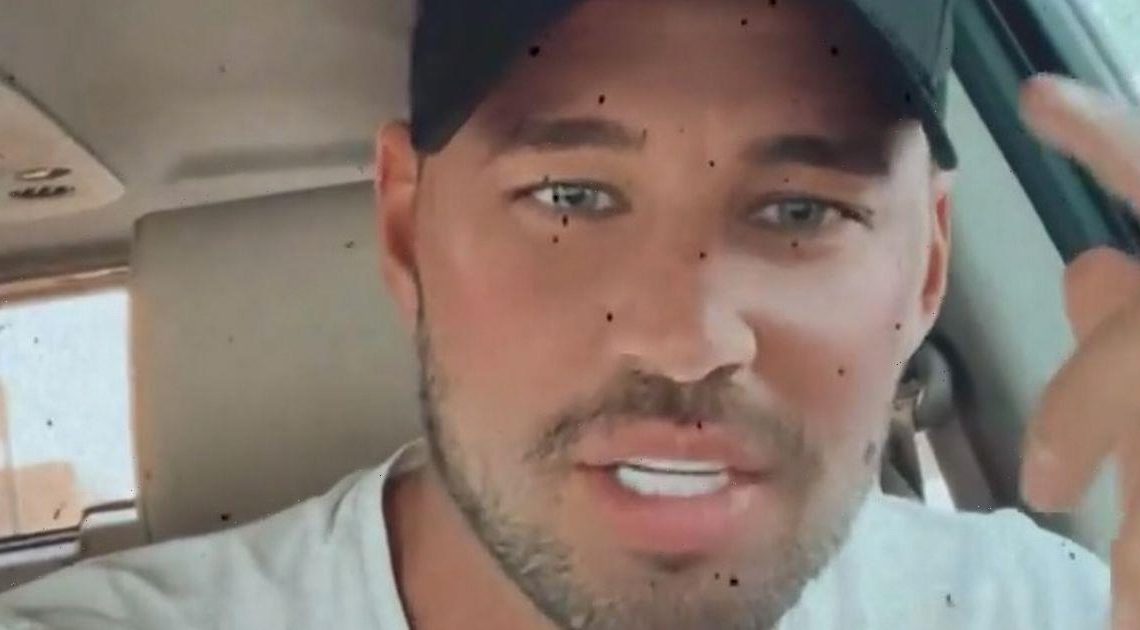 Katie Price’s fiancé Carl Woods has shared a series of videos to his Instagram Stories opening up on why he’s chosen to retreat from social media over the last several weeks.

The former Love Island star claimed that he had to “go into hiding and shut down” due to the abuse he was receiving online.

Filming himself from the seat of his car, Carl began: “I’ve not been on Instagram in a very very long time and let me tell you this past month has been one of the roughest months of my life. Never ever ever have I felt so low."

“People just jump on the bandwagon they start abusing and say the most vile things with no factual information whatsoever. So I had to just go into hiding and shut down,” the star then claimed, going on to say if he wasn’t a “stronger” person in his own head the situation would have “defeated” him.

Carl went on to tell the people who had “abused” him and said “vile” things about him to “remember who I am and all the things that I did at the start when I first came onto the scene”.

“That’s all I can say,” the star said, before angrily saying he hopes those who have sent him messages will “have the b**ls to say ‘Do you know what, I’m sorry.’”

“And anyone that thinks anything different of me – when you know the truth, when I’m allowed to tell the truth, you’ll be eating your words,” the social media personality went on.

The reality star finished his videos by claiming he “has never” hurt Katie and “never ever would”.

“And finally, just as I said in my statement a couple of weeks ago, I’ve come under so much speculation so much vile abuse because of the way the media was played,” Carl said. “I have never and never ever would do a thing to hurt Katie. Never.”

It comes after Katie told police she was punched in the face during an alleged incident that occurred at around 1.30am on Monday, August 23.

A 32 year old man was arrested on suspicion of assault, theft and coercive and controlling behaviour at a house in Little Canfield, Essex.

At the time, 43 year old Katie gave an interview saying she was “in shock” after being discharged from hospital the following morning.

“I’ve got a big bruise, my face is all puffy, and I went to hospital. I’m still all dazed. I’m devastated. I’ve told police that I was assaulted, and am in shock that this happened,” she said to The Sun.

Since then, Essex Police have continued to say they are in “regular contact with Katie Price” and she is “receiving support after she was the victim of an alleged attack”.

The alleged attacker was released on bail after the arrest, with the initial court date scheduled for 20 September.

On Monday, 20 September, it was confirmed that the man’s bail date has been extended until later this week.

How do I convince my wife that circumcising our son is the right thing to do?