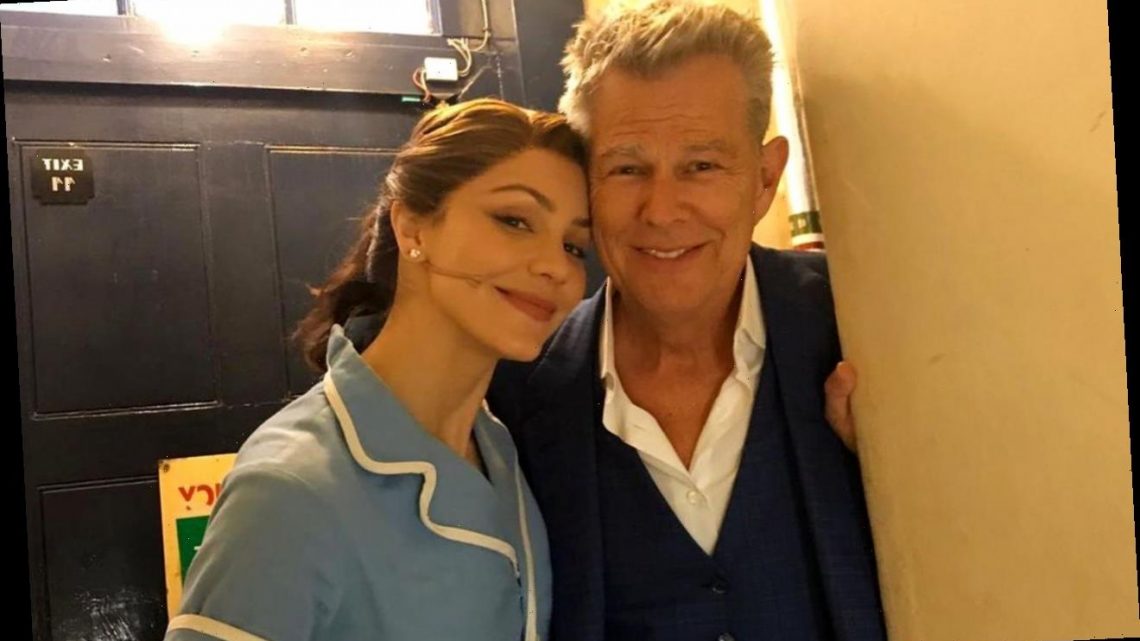 In addition to sharing the inspiration behind her first child’s name, the ‘American Idol’ alum declares she is ‘in heaven’ after a few weeks enjoying her life as first-time mother.

AceShowbiz –Katharine McPhee has offered more details about her first child with David Foster. Weeks after she treated fans to a sneak peek at her newborn son, the season five’s runner-up of “American Idol” opened up about how her music producer husband came up with such a “strong” name for their baby boy.

In a new sneak peek of her interview on “Today With Hoda & Jenna”, the 36-year-old announced her baby boy’s moniker and the story behind it. Speaking to hosts Hoda Kotb and Jenna Bush, she spilled, “OK, well, his name, we haven’t said anything. My husband probably will kill me for saying it, but his name is Rennie David Foster.”

Sharing further details on the picking of the name during the virtual interview that will air on Friday, March 19, the “Smash” alum began by confessing that neither she nor her husband had prepared a name when she was in labor. “We picked Rennie ’cause I’d actually been in labor for a while. We didn’t have a name picked out,” she spilled.

“We had a couple names, but my husband was on a text chain with his sisters and one of his sisters suggested an old family name,” she continued sharing. “It was his great-grandfather’s name, his great-uncle’s name, so it has a long history in his family. My husband said, ‘Hi, Ren Foster,’ and so we said, ‘That’s a good name. It’s a strong name.’ “

When asked about how she is coping with motherhood, the “Scorpion” star gushed over her joy of being a first-time mom. “Oh my Gosh, it’s the sweetest, it’s…it’s just the best. I mean, I’m in heaven,” she raved. “It’s really been amazing.”

Katharine tied the knot with David in June 2019. More than three months after the two celebrated their one-year wedding anniversary, she was spotted sporting a baby bump while out and about with her 71-year-old husband. While Rennie is her first child, her husband is also a father to five other grown-up children, Allison, Amy, Sara, Erin and Jordan.