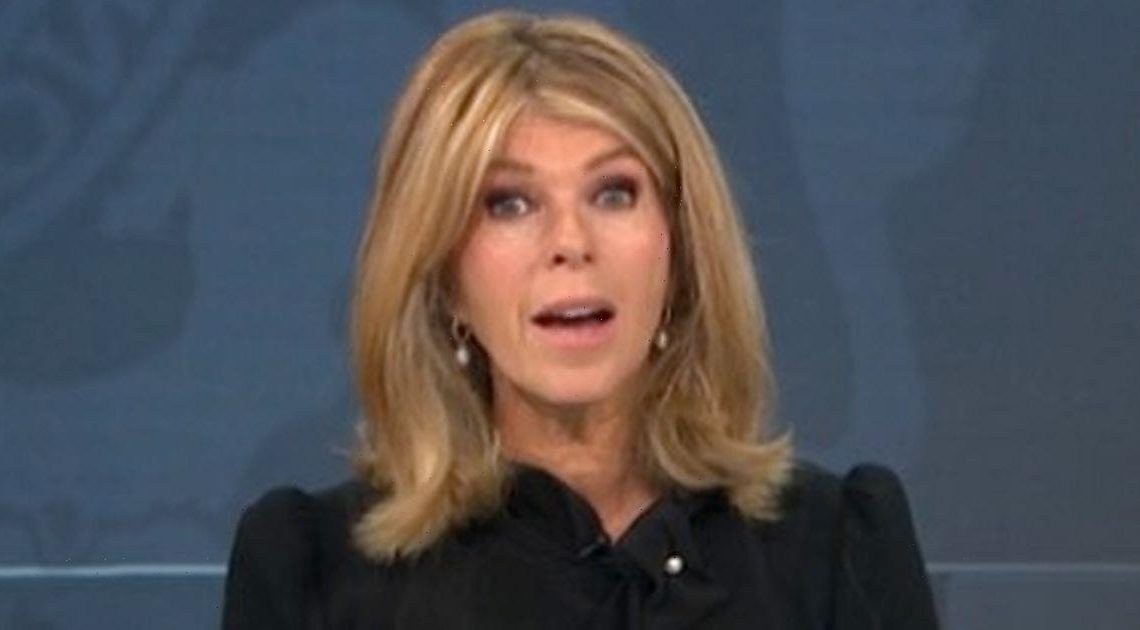 Kate Garraway has been praised for her solo coverage on Sunday's Good Morning Britain as she talked viewers through the Queen's final journey.

The presenter, 55, was on her own on GMB as she reported on Her Majesty's coffin making its "poignant" journey from Balmoral Castle to the Palace of Holyroodhouse in Edinburgh.

Kate's emotional coverage was heavily praised by viewers, who applauded her professionalism as she documented the Queen's last journey from Balmoral.

One viewer wrote: "What a moment and @kategarraway doing a fantastic job at covering events this morning. More of this please over the coming days."

Another wrote: "@GMB well done to @kategarraway on this morning’s program and to her colleagues."

A third advised: "Chose Kate Garraway for Her Majesty’s final journey coverage. I feel like I’ve done the right thing. BBC is the norm, but I don’t feel I’ve don’t wrong choosing Kate."

While a fourth tweeted: "A true pro our Kate still with all her problems she delivered fantastic journalism. well done & thank you."

Kate, whose husband Derek Draper continues to battle against long Covid, was joined by Royal photographer Chris Jackson and Royal commentator Emily Andrews at one point during the show.

It comes as The Queen’s coffin has arrived at the Palace of Holyroodhouse in Edinburgh after leaving her beloved Balmoral Castle for the last time.

Draped with the Royal Standard of Scotland and with a wreath of flowers on top, Prince Andrew, Princess Anne and Prince Edward watched on in solemn silence.

While around 50 members of palace staff gathered in the courtyard to greet the Queen's cortege.

As the coffin made its way to Palace of Holyroodhouse, thousands of mourners were lining the street to pay their respects to Her Majesty, who died aged 96 on the 8 of September.

The Queen’s coffin will remain at Holyroodhouse's Throne Room overnight after a six-hour drive from Balmoral on Sunday.

For all of the latest updates, sign up for OK!'s Royal newsletter.

What is chloroethane? | The Sun