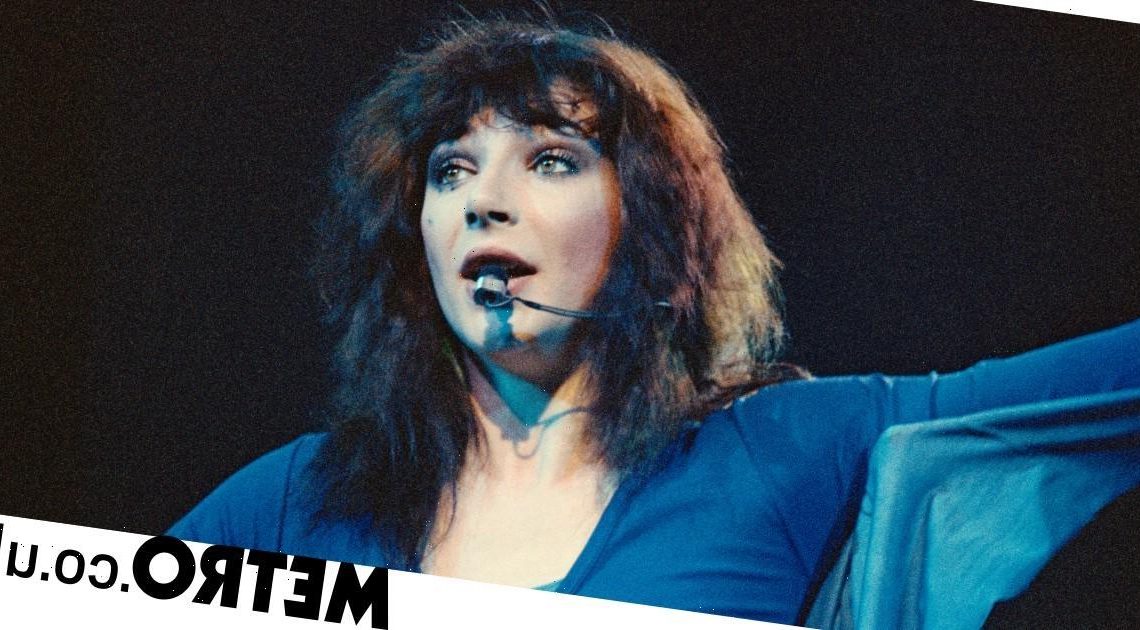 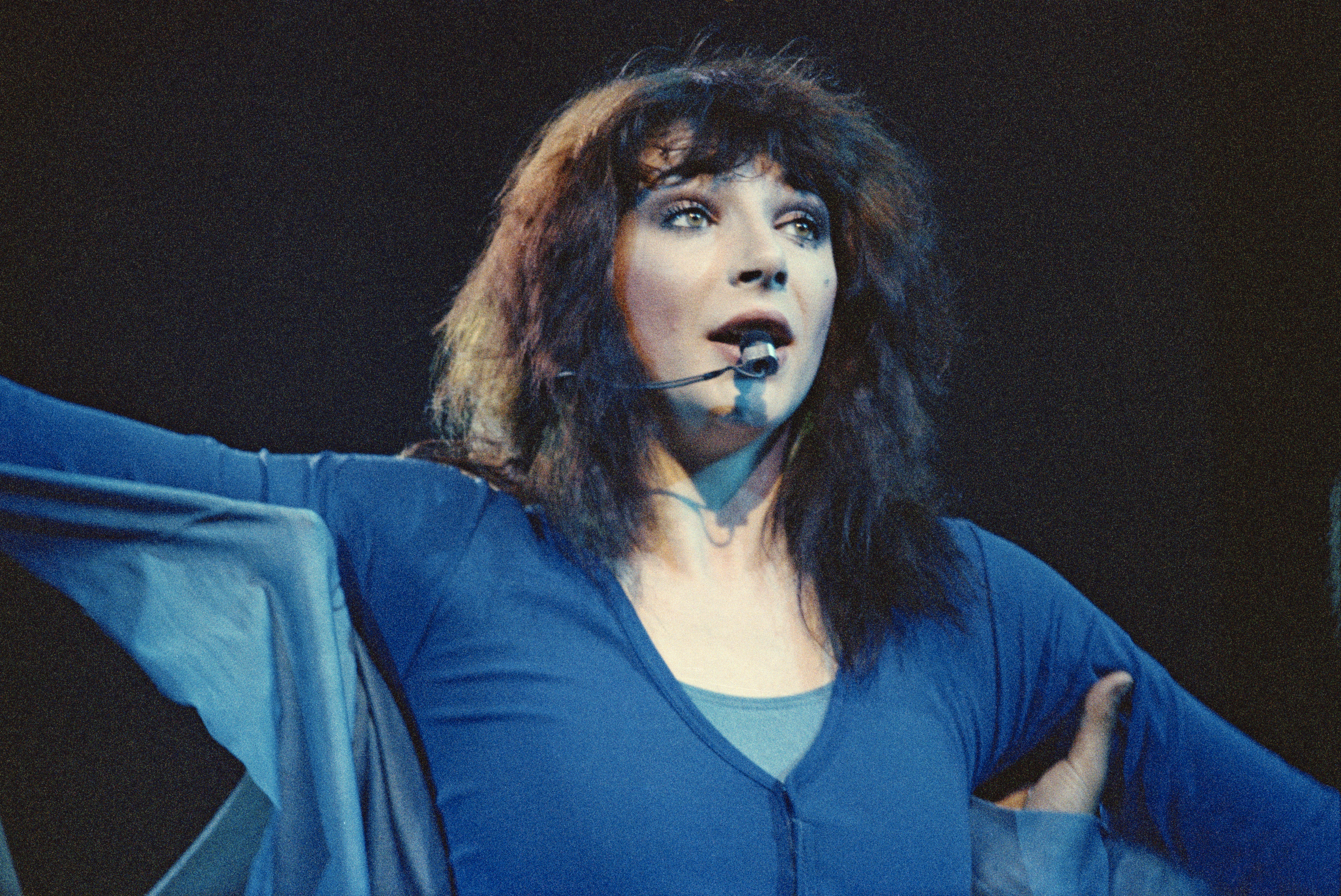 Kate Bush has finally earned her number one spot in the charts for Running Up That Hill – almost 40 years since the song’s release.

The musician has enjoyed an explosion of popularity since Running Up That Hill (A Deal With God) featured in the phenomenal Stranger Things season four.

As her music was discovered for the first time by a brand new generation – and re-discovered by others – the track has shot steadily up the charts in recent weeks, finally dethroning Harry Styles’ As It Was.

Now the track has topped this week’s Official Singles Chart for very first time, 37 years after its release, breaking a slew of Official Chart records in the process.

The Official Charts Company confirmed on Friday that the iconic New Wave track had landed at Number One on the charts, with Kate achieving no less than three all-time records simulatneously.

With 44 years between her 1978 number one Wuthering Heights and her 2022 number one Running Up That Hill, she now boasts the longest-ever gap between number one singles in Official Chart history.

Her success has booted Tom Jones from the title, who had previously held the record with 42 years between Green Grass of Home and (Barry) Islands in the Stream.

She now also claims the record of the longest time taken for a single to reach number one, with Running Up That Hill first entering the charts in August 1985 but peaking at number three.

This record was previously held by Wham!, who saw Last Christmas top the Official Singles Chart 36 years after its release.

To top it all off, on Friday Kate, 63, became the oldest female artist to ever score a number one on the Official Singles Chart, beating fellow icon Cher who was 52 when her hit Believe topped the charts in 1998.

Kate is now the fifth-oldest person ever to hold a number one on the Official Singles Chart, after Captain Sir Tom Moore at 99, Elton John at 74, Tom Jones at 68, and Louis Armstrong at 66.

Reacting to the incredible achievement, Kate released a statement on Friday where she said she was ‘overwhelmed by the scale of affection and support.’

She wrote that Stranger Things creators the Duffer Brothers had ‘touched people’s hearts in a special way, at a time that’s incredibly difficult for everyone, especially younger people.’

Kate said that by featuring Running Up That Hill as a ‘talisman’ for Max, ‘the song has been brought into the emotional arena of her story. Fear, conflict and the power of love are all around her and her friends.

‘I salute the Duffer Brothers for their courage – taking this new series into a much more adult and darker place. I want to thank them so much for bringing the song into so many people’s lives.’

She added: ‘I’m overwhelmed by the scale of affection and support the song is receiving and it’s all happening really fast, as if it’s being driven along by a kind of elemental force.

‘I have to admit I feel really moved by it all. Thank you so very much for making the song a No 1 in such an unexpected way.’

Martin Talbot, Chief Executive of the Official Charts Company, said it was ‘fantastic’ to see the results for the Wuthering Heights singer.

He said: ‘It has been fantastic to see the iconic Kate Bush climbing up the Official Singles Chart with Running Up That Hill – and to see her breaking a slew of records into the bargain.

‘The way that a new generation of music fans have taken her classic track to their hearts really does cement Kate’s position as an all-time great, if that were at all necessary.’

Myn Jazeel, Senior Vice President at Rhino Records UK, said the number one spot was ‘long overdue’ and described it as ‘a cross-generational connection’.

‘The success of Stranger Things, backed by Netflix, has been instrumental in creating this moment, so we must thank them,’ he said.

‘But our congratulations go out first and foremost to Kate. Running Up That Hill went to Number 3 in the UK when first released in 1985, so we’re delighted that it’s reached Number 1 almost 40 years later.’

He added: ‘It’s also gratifying that Kate’s wider catalogue is now being discovered and enjoyed by a whole new audience. This whole occasion feels incredible for all involved, and that’s why we work in catalogue music, for moments like this that have such broad cultural relevance and impact.’

New record-breaker Kate recently issued a rare public statement when Running Up That Hill hit number two in the charts, admitting her excitement over the ‘whole new lease of life’ it gave her track.

She added: ‘Thanks very much to everyone who has supported the song. I wait with bated breath for the rest of the series in July.’

The track spoke to fans of Stranger Things, who watched on the edge of their seats as Max fought off villain Vecna in the Upside Down with the help of her favourite song rekindling her connection to her friends.

The series four finale is set to hit Netflix in July.