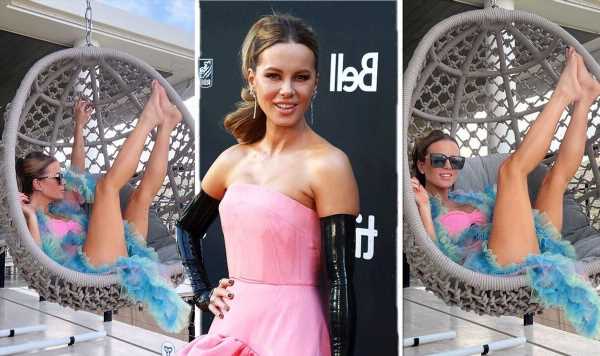 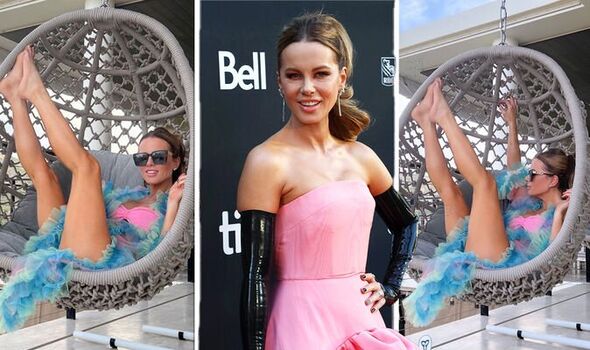 Posing with her legs in the air

Having changed into a baby pink bikini, Kate balanced her supermodel style legs on the edge of the suspended chair, using an egg emoji to caption the image. Her tanned skin glowed against the mermaid coloured robe which covered the majority of her body.

The 49-year-old actress, who was born in Chiswick, London, posted three separate images on her social media page which has 5.5 million followers.

Two of the images showed Kate sitting in a wicker chair suspended by a chain, her legs kicked up and a piece of fabric covering her bottom half.

Looking directly into the camera for one of the photos, Kate shot a glimpse of her Hollywood white smile as the actress appeared to be on holiday.

The photos come shortly after Kate posted a video of her and a friend laying on sunbeds wearing mermaid tails, dancing to Cher’s classic hit The Shoop Shoop Song (It’s In His Kiss).

The video immediately caused a stir in the comments section, with fans of the star praising her ability to have fun and asking where they can get one of the mermaid tails too. Presenter Davina McCall was one of those, commenting: “Shut the front door. I need.” 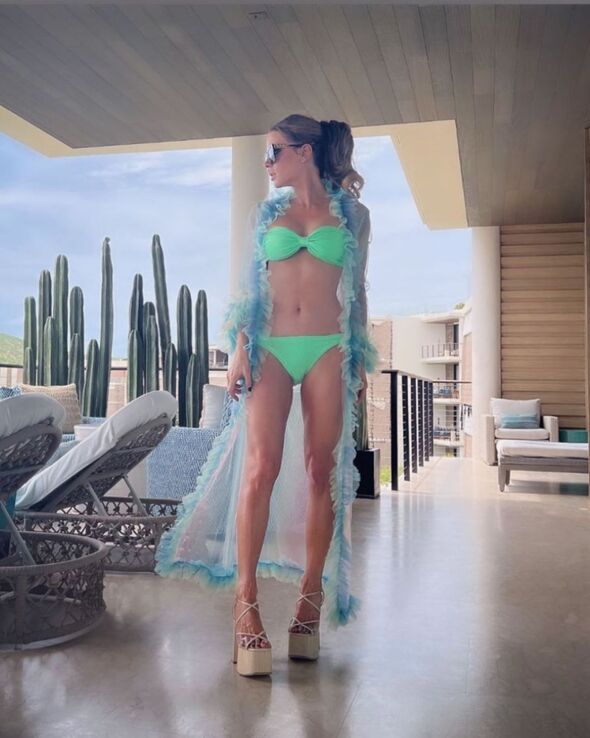 Captioning the image with a cactus emoji, as the plant can be seen in the background of the image, it is safe to say all eyes were on Kate’s immaculate figure as she posed in a small green bikini and platform wedge heels. Draped over the star’s shoulders was a see-through mermaid coloured robe. 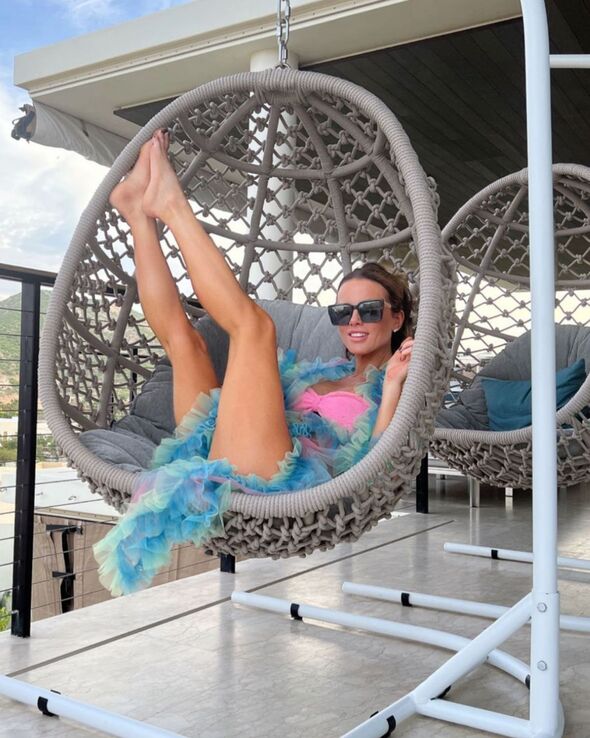 Shooting a glance at the camera, Kate relaxed on holiday

Still in the “egg chair” Kate looked at the camera, her eyes covered by large dark sunglasses. With a slight grin on her face, and her baby pink bikini top showing, Kate looked relaxed with her legs still in the air. 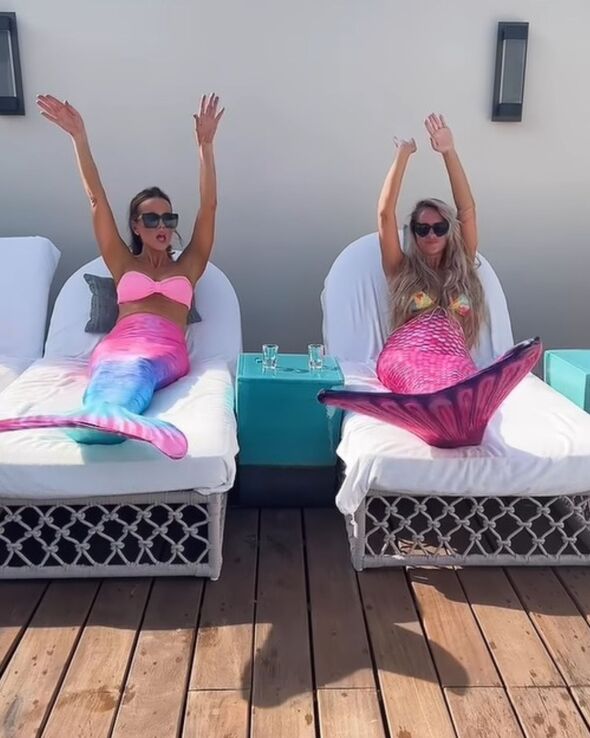 Lounging in the shade, hiding from the sun in their holiday villa, Kate and her friend share a chuckle as they amuse themselves whilst wearing fake mermaid tails. The rubber tails, which cinch an individual’s legs together and go up to the waist, were seen bouncing as Kate and her friend danced to a Cher classic, The Shoop Shoop song. 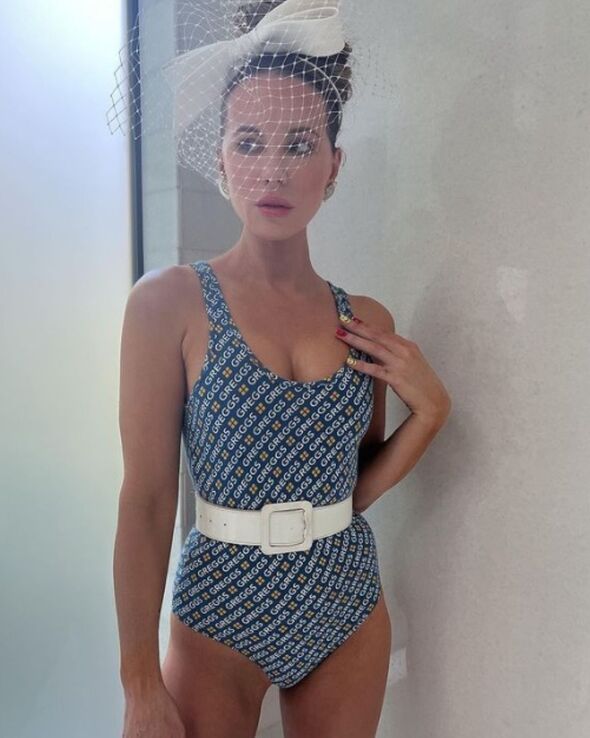 Kate proves she can pull off anything in Greggs swimwear

Donning a swimming costume covered in the Greggs bakery logo, Kate looked fashionable as she accessorised the swimwear with a chunky white belt. The star also wore the costume, which was created in collaboration with high street store Primark, with a white fascinator, before joking in the caption: “Everyone relax – it is possible to take a Gregg’s swimsuit from day to night PANIC OVER.” 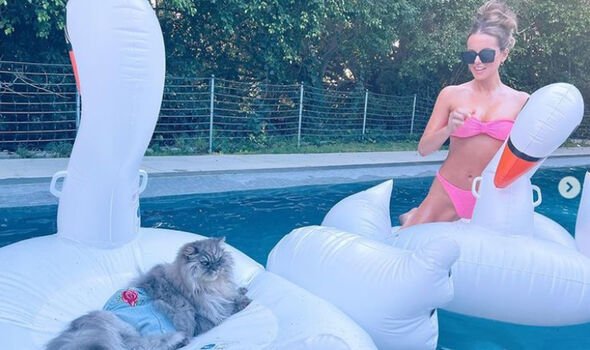 Kate and her beloved cat Clive

Animal lover Kate often posts pictures of her grumpy looking cat Clive, mainly in various outfits. Yet a few weeks ago, Clive the cat was the star of a photoshoot alongside Kate, both of which were put onto an inflatable swan lilo. Unimpressed, Kate videoed herself giggling at her beloved pet, whilst stunning in the same pink bikini she wore in her most recent pictures. 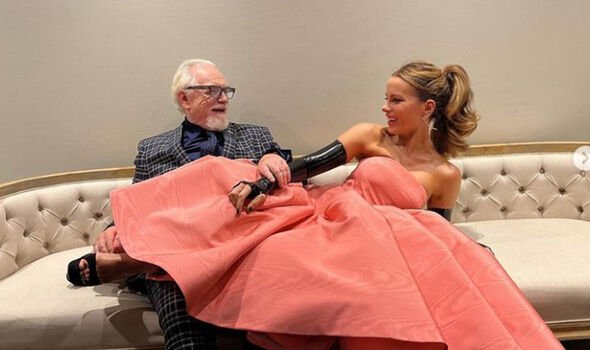 Relaxing in the sun after working (not so) hard in Hollywood

Kate has clearly been spending some downtime in the sun after she has been working hard promoting her most recent film Prisoners Daughter. The star was pictured laughing with Brian Cox, who she appears in the film with, as the pair took to the red carpet at the Toronto International Film Festival.

Jon Hamm Has a Message for Erika Jayne, Addresses THOSE Commando Rumors
Entertainment