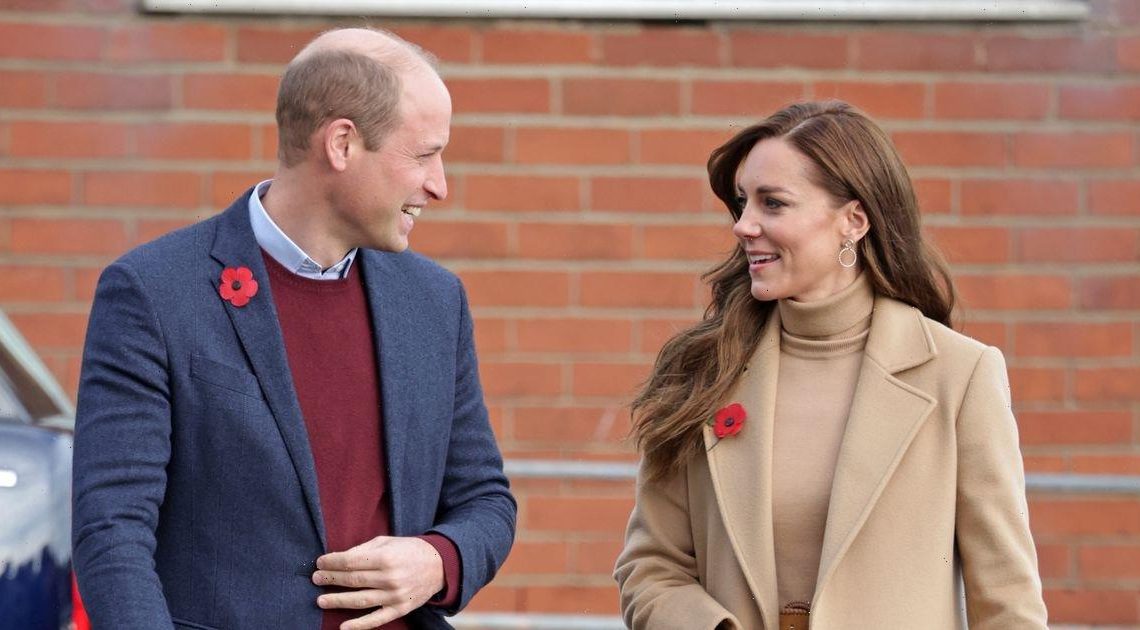 Kate Middleton andPrince Williamhad an adorable reaction to a little girl in a princess dress who gave them flowers at an engagement.

The Prince and Princess of Wales, both 40, were in Scarborough on Thursday to launch a new fund aimed at supporting young people’s mental health, as part of a collaboration between theRoyalFoundation and the Two Ridings Community Foundation

Mother of three Kate instantly showed off her maternal side as she spotted a little girl named Callie, who was clad in a pale blue sparkly princess dress.

Looking fabulous as ever in a camel-coloured midi dress and tan court shoes, Kate dropped down into an elegant crouch as she beamed at the little girl, who handed her a picture.

William, dressed sharply in a dark suit and burgundy jumper, bent down alongside his wife as he smiled and waved enthusiastically at Callie, before telling her: "You've got the coolest, sparkliest dress I've ever seen."

After greeting Callie, Kate said: "Are these for me too?" as the little one passed her a beautiful bouquet of flowers, which Kate then discussed with her as she asked her to point out her favourites.

At the same event, people could be heard laughing as Callie gatecrashed Prince William's speech, and he and Kate could also be seen giggling fondly.

Kate and William have three children of their own; Prince George, nine, Princess Charlotte, seven, and Prince Louis, four.

Prince Louis won hearts across the nation with his hilarious antics at the late Queen's Platinum Jubilee in June, which took place just three month's before the monarch's death.

Little Louis showed off his personality in abundance with his actions at the events over the bumper weekend, including pulling funny faces, running to sit on his grandfather King Charles' lap and bestowing sweet cuddles on his mother, Kate.

The public found Louis so endearing that he became the subject of many headlines and memes on social media, with people suggesting he'd "stolen the show".

After he pulled faces and clamped his hands over his ears at the flypast, one person wrote on Twitter: "Prince Louis is stealing the show on the balcony," while another said: "Love little Louis chatting with his great grandmother and being very animated with the fly past… what a cutie.”

Kate and William even gave a nod to Louis as they shared a message of thanks to the public for their outpouring of affection for the royal family during the Jubilee, as they said: “We all had an incredible time, especially Louis…”

Inside the Chateau of Chantilly, which boasts Versailles-style gardens
Entertainment