Home » Celebrities » Kailyn Lowry: Javi Marroquin Dumped Me and Got Back With Lauren Comeau! 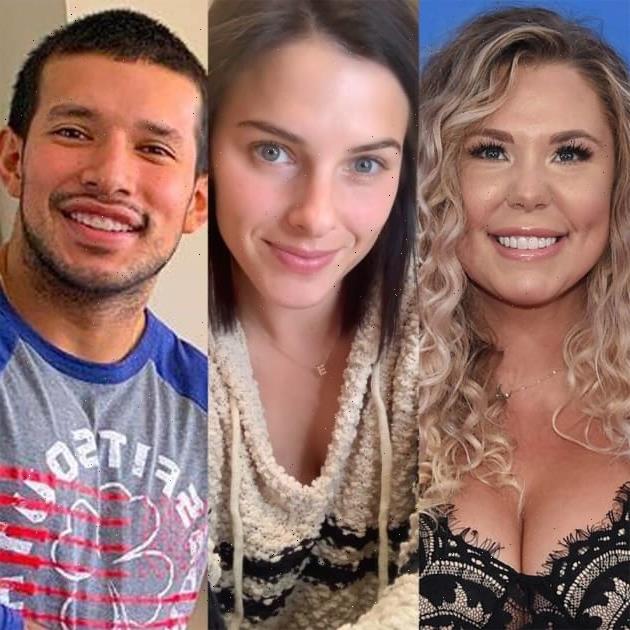 Kailyn Lowry: Javi Marroquin Dumped Me and Got Back With Lauren Comeau!

Recent seasons of Teen Mom 2 have had complaining that the show is entirely lacking in the drama that originally made it a TV sensation.

This is particularly frustrating in the case of Kailyn Lowry, as her life is still loaded with insane twists and turns, but she just works with producers to keep them off TV.

Take, for example, Kail’s rocky relationship with her second baby daddy, Javi Marroquin, which has become much, much more complicated in recent months.

The insanity began when Lowry accused Marroquin of trying to have sex with her in a gas station parking lot.

The accusation appeared on an episode of Teen Mom 2, and needless to say, Javi’s then-fiancee Lauren Comeau was less than pleased.

Lauren dumped Javi, and this time, it looked as though she had every intention of standing her ground.

(This, of course, was not the first time that she caught Javi cheating and dumped him, but fans hoped that it would be the last.)

Javi seemed very upset at first, and he even made a series of YouTube videos in which he begged Lauren take him back.

During this online apology tour, Javi repeatedly lashed out at Kail for airing his dirty laundry on TV “ …then I have to explain to him all of this internet bulls–t,” Javi said.

“I feel bad for the sh-t that’s going on,” Javi added.

“That’s whatever, but Lauren is my son’s mother. Lincoln sees Lauren weekly at Eli’s sporting events. Lincoln will not have a view of Lauren because of what his mom is saying in all these articles coming out. Like, this s–t is over with. Lauren is not this type of person, like, it’s over.”

So it came as quite a surprise when Javi not only got over Lauren relatively quickly, but also started hooking up with Kail.

Yes, there’s still some debate as to whether or not Lowry and Marroquin were “officially” back together, but they were definitely more than friends with benefits.

At one point, Kail bought Javi a new car, and it seemed that she was regularly keeping tabs on his whereabouts.

Certainly doesn’t sound like a “no strings attached” arrangement.

There may have even been times when Kail entertained fantasies about forming the traditional nuclear family she’s always dreamed of.

Alas, it wasn’t meant to be.

Kail and Javi are no longer together — if they were ever really “together” in the first place — and she hinted this week that he’s gotten back together with Lauren.

As The Ashley’s Reality Roundup points out Kail made a TikTok over the weekend in which she revealed that one of her exes had decided to go “back to the one who stays through the cheating.”

Not only does could that description easily be applied to Javi and Lauren, Kaily probably wouldn’t be quite so upset if one of her other exes had gone off the market.

So Javi and Lauren are giving their relationship yet another chance after some major stumbling blocks.

In addition to the many cheating allegations, Javi called the cops on Lauren in July, alleging that she had attacked him.

Well, we guess the heart wants what it wants, regardless of whether or not there’s any logic behind it.