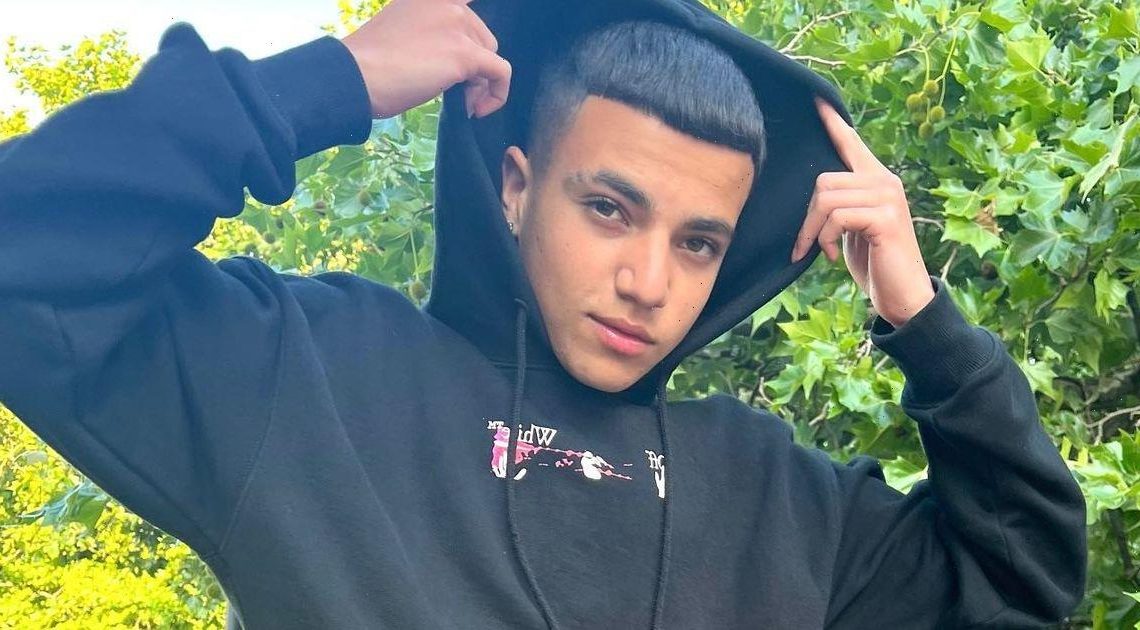 Junior Andre’s debut single has gone all the way to the top of the charts just hours following its release.

The 17 year old son of Peter Andre and Katie Price has just released his debut song, Slide, which shot to the top of the UK iTunes Pop chart hours after its release at midnight on Thursday, beating iconic artists Lady Gaga and Harry Styles.

The star excitedly shared screenshots to Instagram as his new track climbed the charts, at one point settling on number four on the national all-genre charts.

"Thank you to all those who have supported," Junior wrote, adding: "You guys are mad can we get this to the top?"

Get exclusive celebrity stories and fabulous photoshoots straight to your inbox with OK!'s daily newsletter.

Proud dad Peter – who shot to fame with his own single Mysterious Girl in 1995 – also posted a message for his son, writing: “What a start. Wow son," with mum Katie writing that she was "so proud" of her boy.

The teenage star has been teasing the music to fans on TikTok for weeks and performed the song live to fans for the first time on Thursday night.

Junior's sister,Princess, 14, posted a video to her Instagram of her brother taking to the stage to launch his new song.

Princess then gushed that she was "so proud" of her brother, with Pete also sharing a clip of himself embracing his son at the party.

In the clip, you could see the newest musician of the Andre family in a red tracksuit, with the teen surrounded by excited fans as he performed.

Pete captioned his post: "you have no idea how proud I am of you tonight son."

Pete also shared a video showing Junior signing posters for his new single, with the proud dad writing: "30 years ago I was doing my first signings of posters. And now my son is hard at work. As for the girls……"

He then posted a series of videos from the launch party, as well as a clip showing him posing for selfies with fans.

As well as his budding music career, Junior is already following in his dad's famous footsteps in other ways, becoming a star of TikTok.

The teen has already amassed an impressive 335,000 followers on the video app, as well as getting 1.8 million likes on his videos.

To celebrate the new single being released, Junior posted a clip to his TikTok of him performing the song on stage, which has already been liked 28,000 times and has been viewed more than 360,000 times.

Captioning the post, he said: "Can’t describe what last night meant to me. Thank you everyone for your support, can’t wait to sing the whole song with all of you when it drops at midnight."

For the latest updates on your favourite celebs, sign up to OK!'s daily celebrity newsletter.