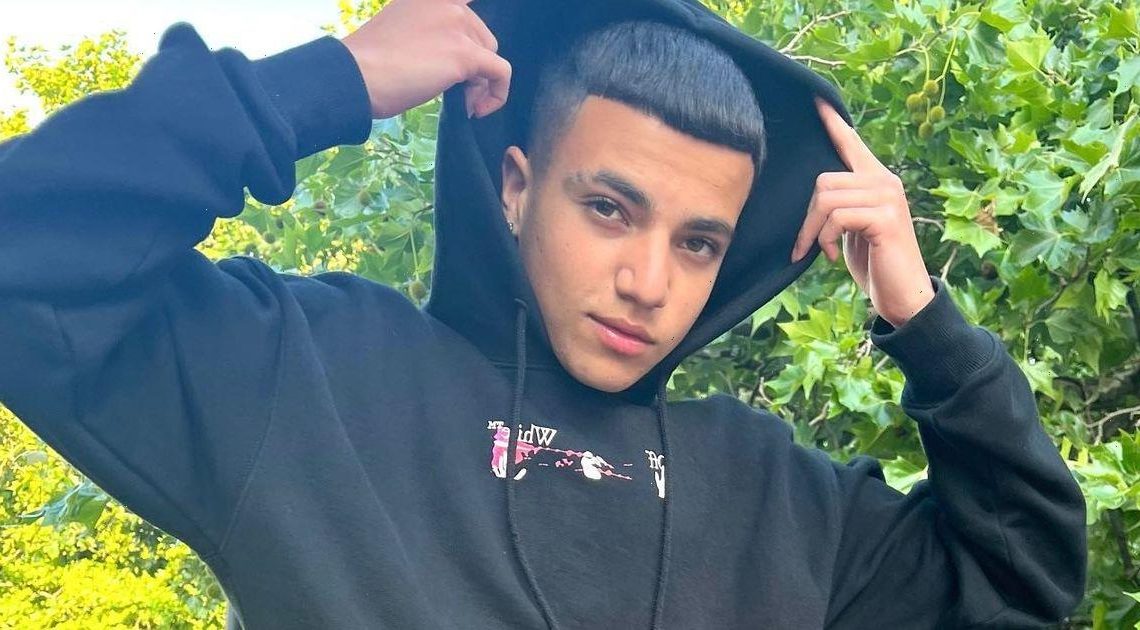 Junior Andre has a famous former footballer to add to the list of fans of his debut single.

The 17 year old released his first song Slide from his upcoming album on Friday, which reached the top of the iTunes chart thanks to eager listeners.

Among these has been legendary striker Paul Gascoigne, who was surprisingly revealed as a Junior supporter in a clip posted online over the weekend.

The 52 year old was seen dancing to the teen sensation’s song in a video re-shared by Junior’s dad, Peter Andre, who proudly added in the caption: “Love you guys, go on Gazza”.

Known for showing his best moves on the pitch, Paul showed off some off the field, as he bopped along energetically in the clip impressing fans and Junior alike, no doubt along with his dad.

Junior beat Lady Gaga to the No.1 spot following his debut single release, leaving his parents incredibly proud as Peter wrote: “What a start. Wow son”, while mum Katie Price added that she was “so proud” of her boy online.

The young musician had teased his first track in the weeks prior, including snippets in TikTok clips which garnered over 6 million views.

Junior launched his first song with rapper Big Narstie in London as he performed it for the first time in front of an excited crowd, which also included his sister Princess Andre, 14.

Speaking about launch night, Junior wrote on Instagram: “The love you guys have shown today has been crazy and you have got Slide in at Number 1 in the iTunes charts!!

"Now we just need to keep it going. Thank you for supporting new artists like me, without you none of this would be possible.

Junior’s single release comes days after he was gifted a £25,000 Audi car for his 17th birthday by dad Peter.

Some fans criticised of the choice of present as the new artist has not yet passed his driving test.

Peter defended his decision as he responded: “I’ve set rules. He did amazing with his bike. He needs a lot of lessons. He will be great. He knows the rules.”