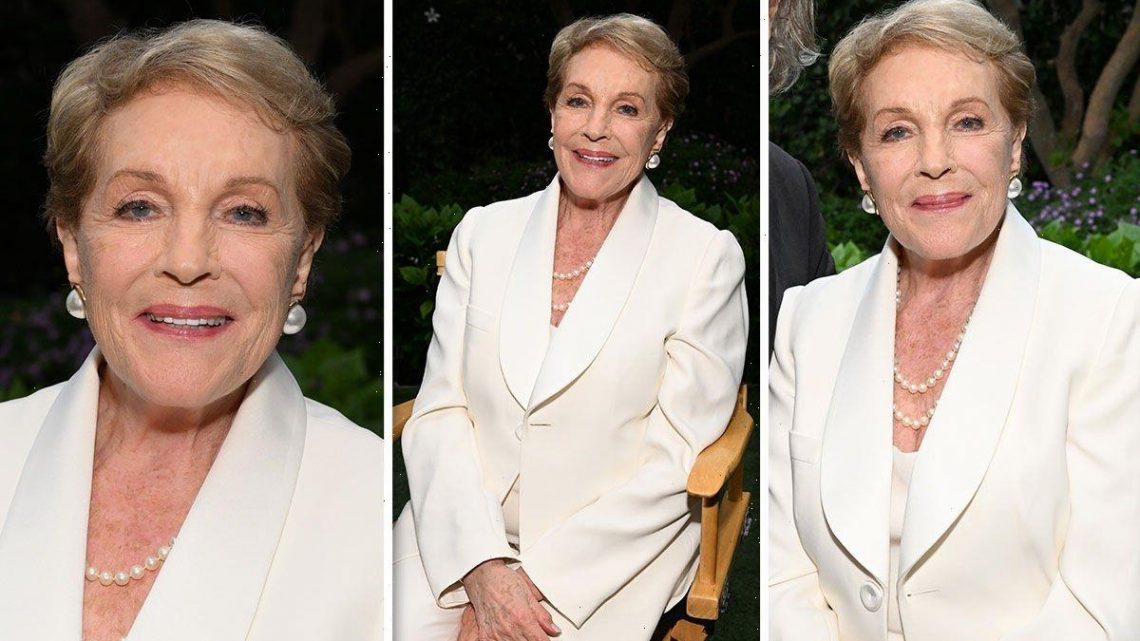 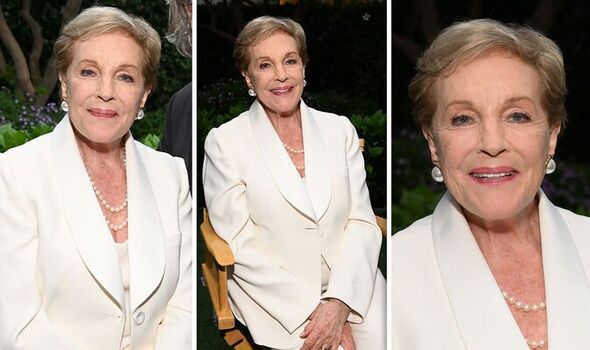 Julie Andrews, 86, looked youthful and stunning as she received a Life Achievement Award from the AFI today.

The event, which took place in LA, had been rescheduled from April 2020 due to the pandemic.

In a recent interview, Julie discussed the possibility of another Princes Diaries sequel.

But any fans keen to see her reprise her role as Queen Clarisse Renaldi opposite Anne Hathaway’s Princess Mia once again will be disappointed.

“I think it would be too late to do it now,” said Julie.

“There was talk of a sequel many, many years ago. But I don’t think it ever came to pass. And Garry then did leave us,” she added, referring to director Garry Marshall, who died in 2016.

“Especially [for] me, it’s too far down the line now to go back to it. It’s a lovely thought, but I don’t think it would probably be possible,” she added to The Hollywood Reporter.

She was honoured by the American Film Institute in LA.

The actress posed in a white trouser suit and pearls

In a recent interview, Julie discussed the possibility of another Princes Diaries sequel.

But she said it’s been too long for her to return to the role.

The role won her an Academy Award for Best Actress.

She starred opposite a young Anne Hathaway in The Princess Diaries

But she isn’t planning on returning to the franchise any time soon.