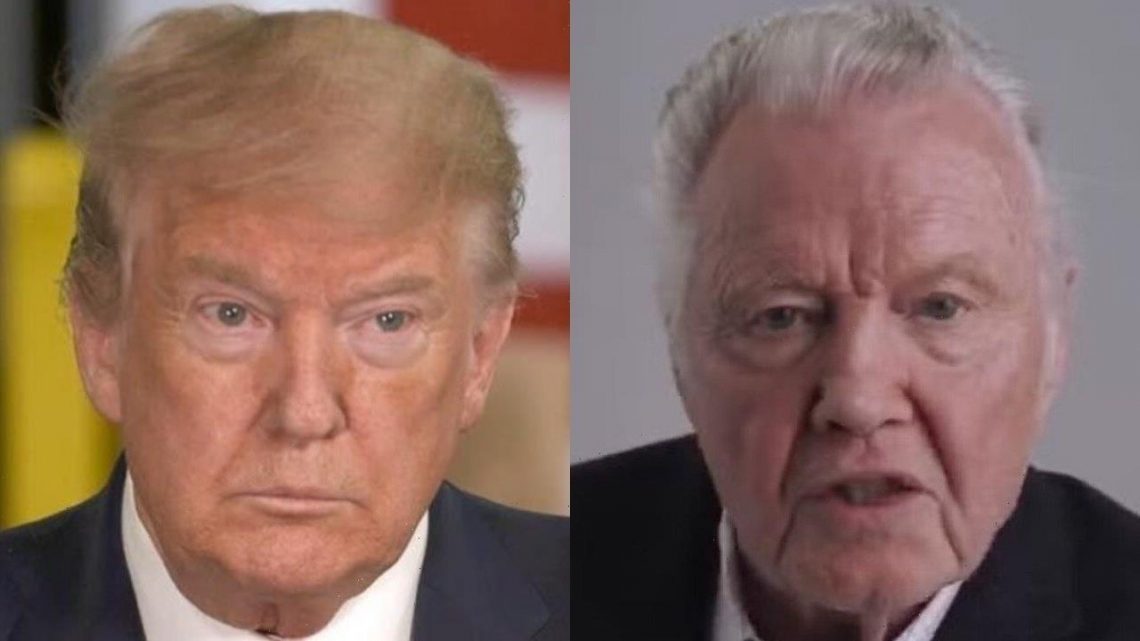 Jon Voight Cries While Interviewing Donald Trump – Here Is Why!

Angelina Jolie’s father is overwhelmed with emotion when he recalls the time when the Republican politician offered to pay for the cancer treatment of a golf worker.

AceShowbiz –Jon Voight burst into tears in front of Donald Trump as he recalled him offering to cover the cancer treatment of a golf worker. While interviewing the former President of the United States, the 83-year-old actor remembered the time the politician offered to step in to help an employee called Sally at one of his golf courses when she fell ill.

“You went in and said yeah, ‘She’s – have her come see me,’ and you went to one of the offices, and she came in, and you said, ‘I hear you having a little bit of a difficulty.’ And she said, ‘Well, I have,’ ” Jon told Donald on the “Newsmax” documentary.

The Academy Award-winning star went on to tell the billionaire businessman that he is “grateful” for him in “so many areas” as he struggled to hold back his tears. He added, “Anyway so I’m just very grateful for your presence in so many areas.”

In response, Donald said, “Well first off all I think it’s so nice the way you expressed that. And even the slight little tears that come, you’re just a fantastic person.”

Meanwhile, Jon told the 76-year-old politician – who served as the Republican President of the United States between 2016 and 2020 until he was defeated by Democrat Joe Biden – that that he is “certain” he will run for office once more, but that “we can’t wait too long,” and, while Donald did not respond to that, he did claim that if some “very big things” don’t happen in the US soon, there won’t be a “turnaround.”

Donald said, “If some very big things don’t happen very quickly, there can’t be a turnaround.” Jon replied, “People say to me to me all the time, will Donald Trump run? I say he certainly will run, but we can’t wait too long.”