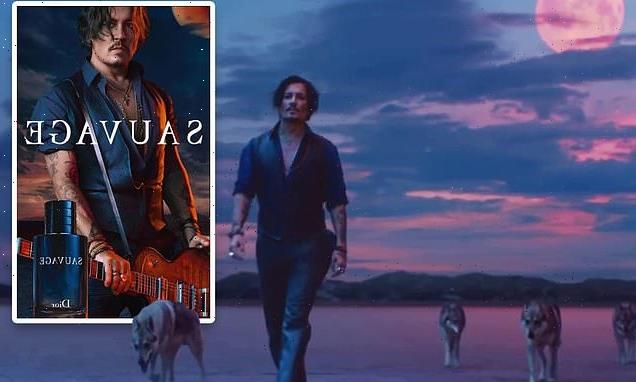 Dior seems to be betting big on Johnny Depp despite the recent revelations in his high-profile defamation lawsuit against his ex-wife Amber Heard.

The French fashion house appears to be broadcasting an old ad featuring the controversial 59-year-old actor, according to TMZ.

The renewed publicity comes as Dior has continued to stand by Depp throughout the trial, and sales of the cologne he advertises, Sauvage, have been rising at retailers, the Wall Street Journal reported last week. 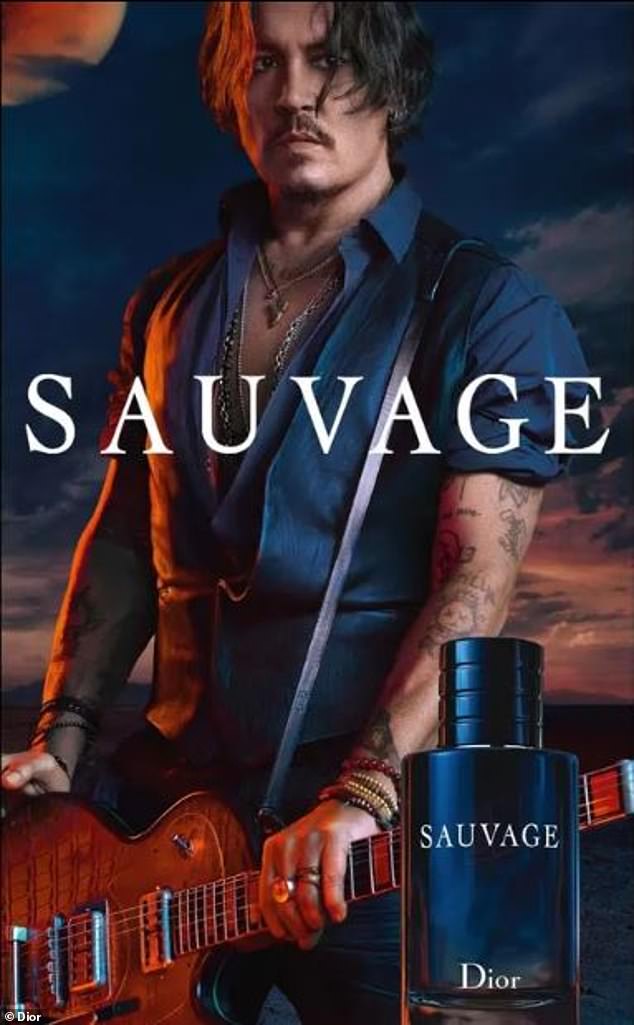 Back in the spotlight: Ads for Dior’s cologne Sauvage featuring Johnny Depp have gone back into primetime rotation despite his recent defamation trial and controversies, according to TMZ

So far, Dior has not said if it is making a renewed push on Depp’s Sauvage ads.

The Dead Man star recorded several commercials for the fashion house since he became the brand ambassador for the cologne in 2015.

Notably, the brand seems have broken with precedent and has continued to support the actor despite the allegations of physical and sexual abuse leveled against him by Heard and reports of unprofessional behavior on set.

TMZ noted that the ad recently aired in primetime during an episode of MasterChef on Fox from 8–9 p.m. on Wednesday night. 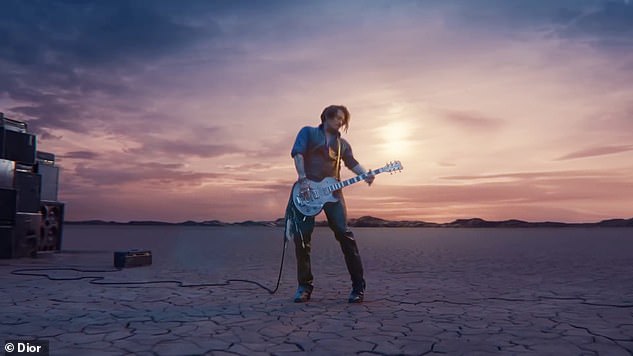 In business: The publicity comes as Dior has continued to stand by Depp throughout the trial, and sales of the cologne have been rising at retailers, the Wall Street Journal reported last week 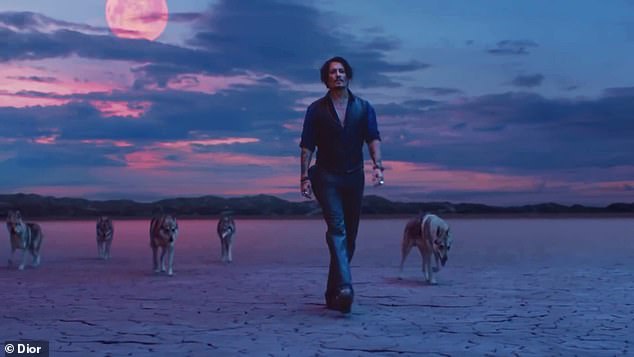 Primetime: TMZ noted that the ad recently aired during an episode of MasterChef on Fox from 8–9 p.m. on Wednesday night

Most recently, an ad featuring Depp playing chords for Wild Thing while in a desert and surrounded by wolves has been in rotation.

The ad was posted by the brand in September 2021, though it may have been filmed earlier than that.

Depp has also shot other ads for the fashion house, including a 2019 clip that was criticized as being racist due to the way Depp and Dior used Native American iconography.

In that instance, Dior took notice of the complaints and appeared to have removed the ad and related materials from its social media posts, according to The Guardian. 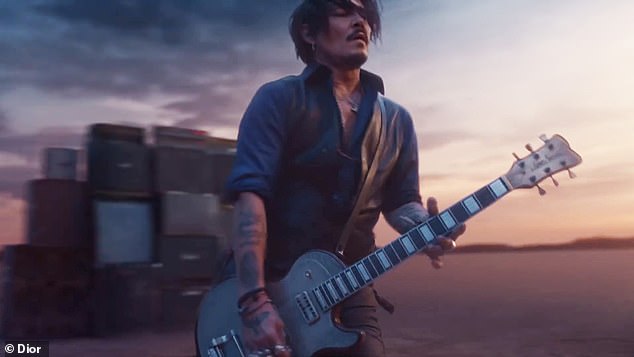 Edgy: The most recent ad appears to have been released in September 2021 and features him playing Wild Thing on his guitar while surrounded by wolves 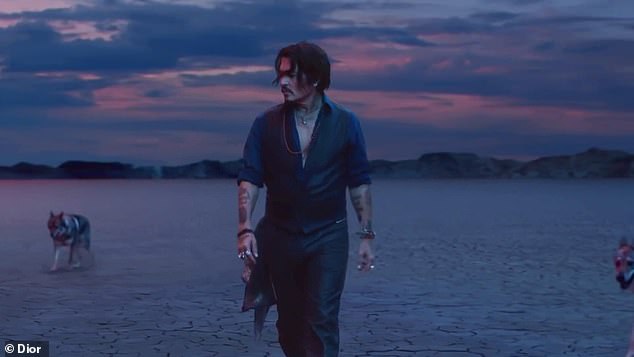 Pulled: A 2019 ad was previously removed by Dior after it was lambasted for being racist due to its use of Native American iconography 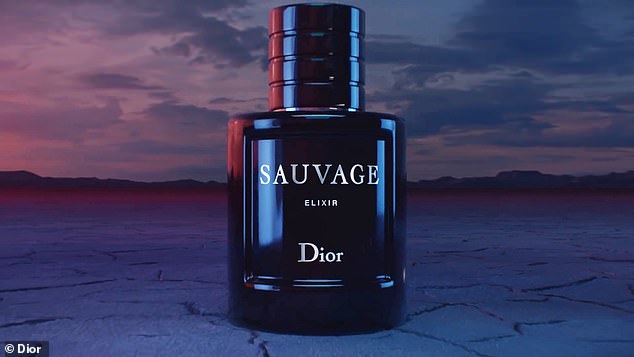 Strong sales: Sephora has reportedly posted an Instagram ad for Sauvage starting in May, and the Wall Street Journal reported that its sales increased for that retailer and its competitor Ulta

More recently, Sephora has reportedly posted an Instagram ad for Sauvage starting in May of this year.

The Wall Street Journal reported earlier in June that the cosmetics retailer and its competitor Ulta have both seen increasing sales for Depp’s cologne, making it among their top-selling fragrances online.

Though the French luxury brand seems to be sticking with Depp, there aren’t any indications yet that Hollywood plans to put him in any major projects.

Speaking with The Sunday Times last month, superproducer Jerry Bruckheimer said there were no plans to bring him back to the Pirates of the Caribbean franchise, though Margot Robbie is still in the running for a spin-off film.

During his defamation trial, Depp’s former agent Tracey Jacobs testified that he used an earpiece on set to be fed his lines, though in a 2018 Vanity Fair profile, the actor claimed that he had noises and music piped in to help him get in the right mindset for a performance. 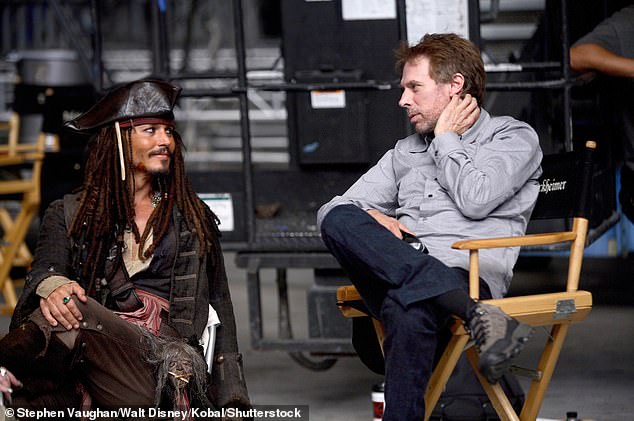 Hollywood quandary: Jerry Bruckheimer (R) has set Depp won’t be part of future Pirates Of The Caribbean films. His former agent testified in his defamation suit that he often used an ear piece to have his lines fed to him; seen in 2007

'You Feel Like You Owe Everybody So Much': Lisa Leslie On What It Was Like To Start A Family As A Top Athlete