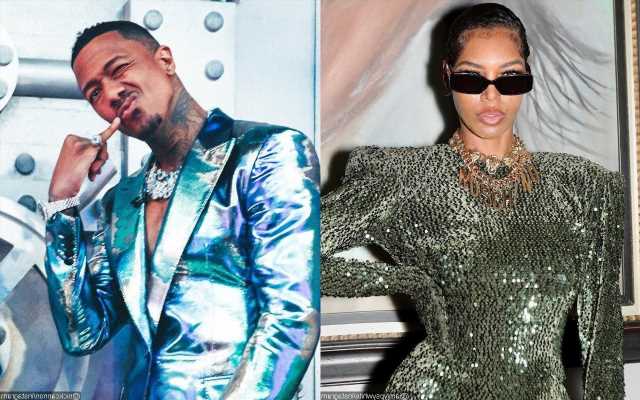 After her name pops up on the list of women who are allegedly currently pregnant with the ‘Masked Singer’ host’s child, the former Maybelline spokesperson tells people to ‘stay the hell out of my uterus.’

AceShowbiz –Jessica White is not pregnant, let alone expecting a child with Nick Cannon. The model, who is featured on the cover of the rapper’s latest album, has a heated response to rumors that she’s pregnant with the multi-hypenate star’s child.

After finding her name on the list of women who are allegedly currently pregnant with the former “America’s Got Talent” host’s child, Jessica took to her Instagram page to address the matter. “Understand this!” she furiously began her message, posted on Thursday, June 9, “No I’m NOT pregnant.”

Explaining she prioritizes her career now, she continued, “I am a great creative force who’s focuse (sic) is on business.” She went on telling those who were spreading the rumors, “Stay the hell out of my uterus because it’s invasive and disgusting especially to someone who has fertility issues.”

“Nothing will get in the way of this moment for me as a female director and artist. I do not belong apart of tabloid flutter. I love, and I am brilliant on my own,” the 37-year-old declared, before concluding her message with, “Now go watch the movie Nick cannon trusted me to write and direct for him. And go stream RAW&B creatively directed by me! Please stay focused on my greatest.”

In the caption, Jessica added of the reason why she decided to speak out on the matter. “I honestly just can’t remain silent on this matter, please focus on my creative body of work instead of false narratives. Thank you,” she pleaded with her followers.

The speculation that was circulating on the Internet earlier that day claimed that Jessica was one of the women who are currently pregnant with Nick’s baby. The other women are Bre Tiese, Abby De La Rosa and Alyssa Scott.

Nick confirmed earlier this week that he has multiple babies on the way this year. While the 41-year-old has announced that he is expecting a boy with Bre Tiese and Abby has confirmed that she is pregnant again, Alyssa sparked a pregnancy speculation with a post-and-delete pic of her appearing to sport a baby bump in May.

How to prune hydrangeas: When you should cut back your plant right to the base
Entertainment