Nicole “Snooki” Polizzi is asking her Instagram followers to show their support for the Black Lives Matter movement by covering the outside of her New Jersey store with posters. In her June 3 post, the Jersey Shore: Family Vacation star said her shop was a “safe place” for those who wanted to speak out about police brutality and the murder of George Floyd.

The response to Snooki’s post was overwhelmingly positive. However, there were a few who criticized her message. But she swiftly pushed back against those who tried to shift the conversation away from the fight against racial injustice.

Snooki urges people to speak out against racism

‼️USE YOUR VOICE‼️ Please feel free to use your voice by adding posters to our store🙏🏽 You can tape them to the bottom of the windows , covering the cement 👊🏽 stay safe during protests today ☮️ Check my story for all links to help make a change 🤎 EDIT; for a little background into Madison, where my shop is located- #BLM posters are being torn down. My space is a safe place for you. I won’t tear down your posters.

When she’s not busy starring in a hit MTV reality series, Snooki runs a clothing boutique in Madison, New Jersey, called The Snooki Shop. She has hung a sign in the window indicating that she stands with Black Lives Matter and demanding justice for Floyd, who died May 25 after a Minneapolis police officer pressed a knee into his neck for close to nine minutes. Now, she is inviting people to use her storefront to share their own messages of support.

“!!USE YOUR VOICE!!” the 32-year-old wrote. “Please feel free to use your voice by adding posters to our store. You can tape them to the bottom of the windows, covering the cement,” she added. “Stay safe during protests today.”

In a comment that she later added to the post, Snooki explained that Black Lives Matter posters were being torn down elsewhere in Madison. She wrote that her shop was a “safe place.” “I won’t tear down your posters,” she added.

The ‘Jersey Shore’ star tells critic to ‘sit back and think’ 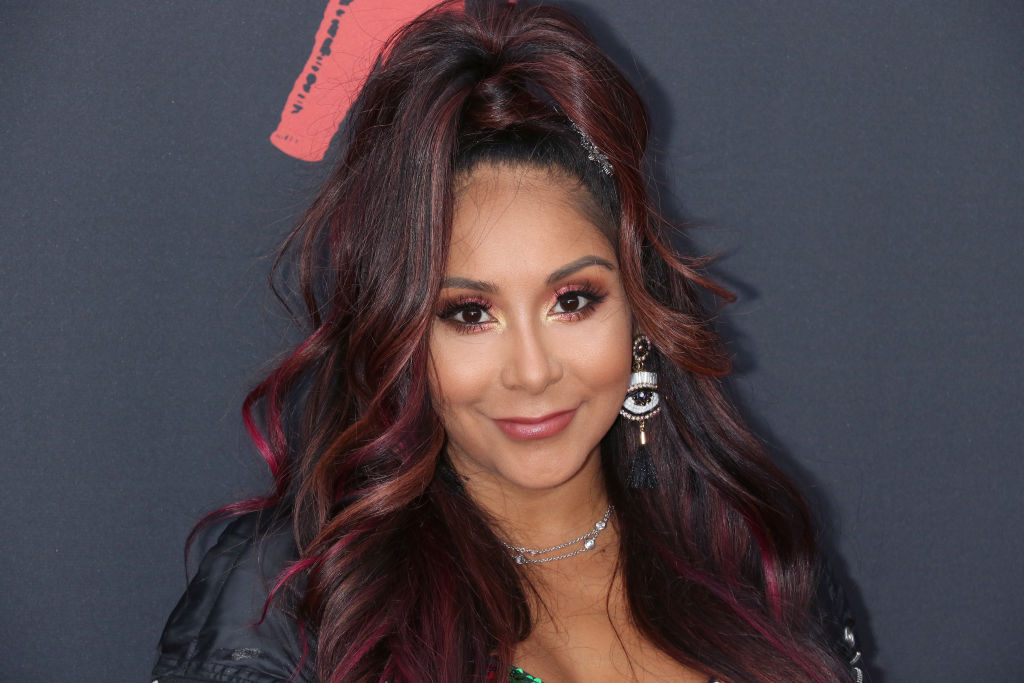 Most of the comments on Snooki’s post were positive, with people thanking her for speaking out.

“Thank you so much for using your PLATFORM and standing up for what’s right,” one wrote.

However, there was one person who wasn’t impressed. They seemed to think Snooki was only trying to protect her store from looters, writing “You’re just afraid they gonna [ruin] your store.”

Snooki wasn’t having it.

“Ruining my store is nothing compared to the innocent black lives being taken,” she replied. “You are missing the entire point of this and should really sit back and think about what’s going on.”

Snooki previously talked about Floyd’s death in an Instagram Live with Deena Cortese. Both expressed their outrage over his murder. “We’re all disgusted by it,” Snooki said. She also said she sometimes hesitated to post about such charged issues because it just ended with fighting in the comments.

“I hate posting things because them people comment under it and fight with each other,” she said. “And I’m like, ‘You’re missing the whole point here.’ Bottom line: This is wrong. It should never happen. It’s f*cked up.”

LeBron James, Aaron Rodgers Call Out Drew Brees After He Says Players Should Stand During Anthem