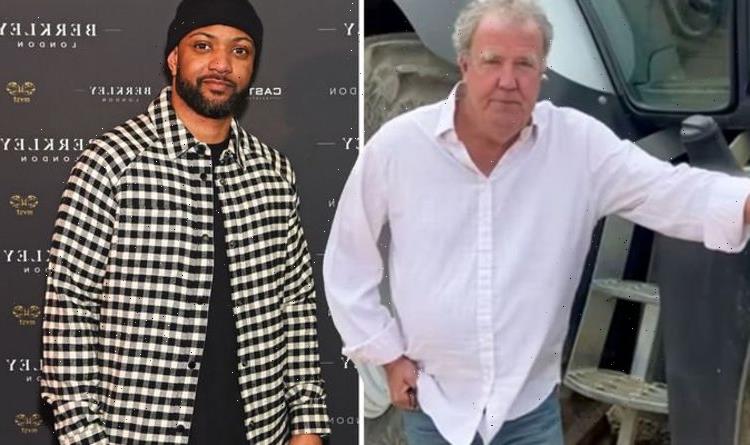 Earlier this year, Jeremy Clarkson and his co-star Kaleb Cooper, 23, told Express.co.uk that local farmers didn’t have much faith in him when he first started farming. Doing a job so far out of his comfort zone was bound to raise eyebrows as the 61-year-old has always been known for his knowledge of cars and not farms.

Despite people’s concerns at the beginning, he has since gone on to land a second series of his farming show, which has been recommissioned following popular demand.

JLS singer JB Gill, 34, who is also a farmer, said he thought Jeremy was doing a good job.

Speaking at the Bailey of Bristol party in London, he spilled: “To be fair, hats off to him. Obviously it’s a great show anyway, but a lot of what he’s talking about and the issues that he’s raised and brought up are really important for the community.

“I think anything that shines a light on the farming industry and how important it is, for me, is brilliant.”

The This Week On The Farm star went on to praise the likes of Amanda Owen for also bringing awareness to life on a farm.

She rose to fame on the Channel 5 series Our Yorkshire Farm, which features the shepherdess, her husband and their nine children.

The host initially bought the Diddly Squat Farm 12 years ago and has since opened his own farm shop.

On what the Chipping Norton farming community thought of him running a farm there, he said: “I’m absolutely convinced they all wanted to roll their eyes and thought, ‘Oh here he comes up from London’.

“There’s bound to be [concerns] but what difference does it make whether I’m doing it or somebody else? I am trying my hardest.”

His co-star Kaleb confirmed that there had been talks from locals about the car enthusiast turned farmer.

Defending Jeremy, he said: “When he first started there was a lot of talk with the farmers, I’m very good friends with them all.

“They were like, ‘Oh God, here we go’ the one thing they have always said is Jeremy has always had an interest in farming, ever since [he] first bought the farm.

“He’s not the type of person who buys a bit of land, you take a contract on and you go and do it and you never see him.

“Jeremy is out there walking the farming going, ‘How are you doing this week? How is the wheat? How is the barley?'”

The Grand Tour star added: “I think we’re alright now I get on with them all.”

In July, Jeremy took to Twitter to announce that he will be fronting a new series of the show.

He confirmed that he and the full team, including his partner Lisa Hogan, will be back.

Eager fans also quizzed the presenter on when the new series will be back on screens.

He replied: “Not soon. It’ll take a year to film it. That’s how farming works.”

I was menopausal at 13, on HRT & sweated in class while pals went through puberty & it stole my chance to have kids