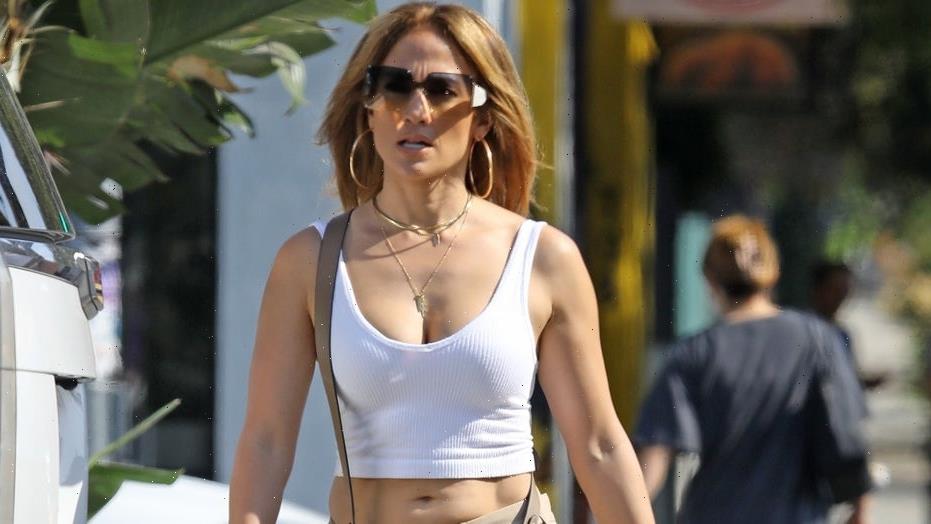 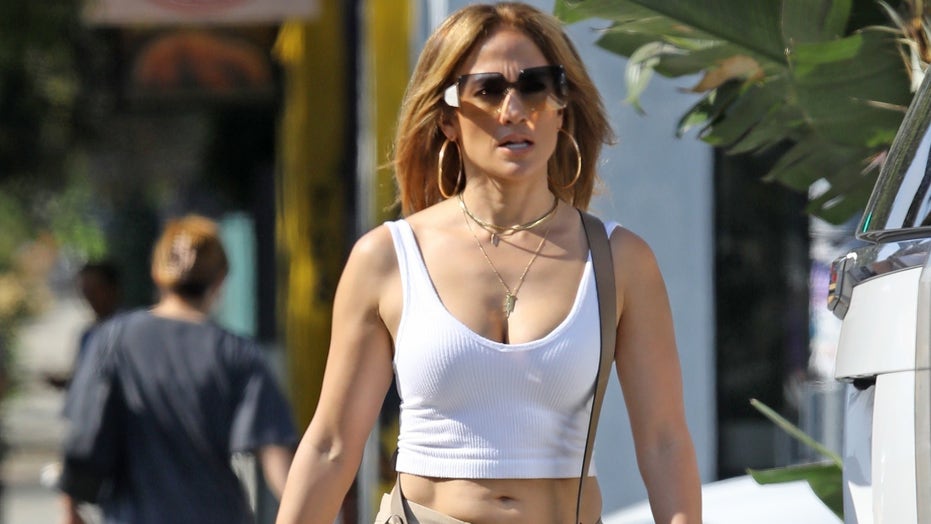 Musician Jennifer Lopez was photographed out shopping alongside her daughter Emme on Tuesday.

The “Let’s Get Loud” singer sported a tiny white crop top, which showed off her toned abs, for the outing.

She paired it with low-rise khaki-colored pants. JLo completed her look with oversized sunglasses and gold hoop earrings along with multiple necklaces and bracelets.

The star’s outfit gave off familiar vibes from her 2002 “Jenny from the Block” music video, which famously starred her beau, Ben Affleck. 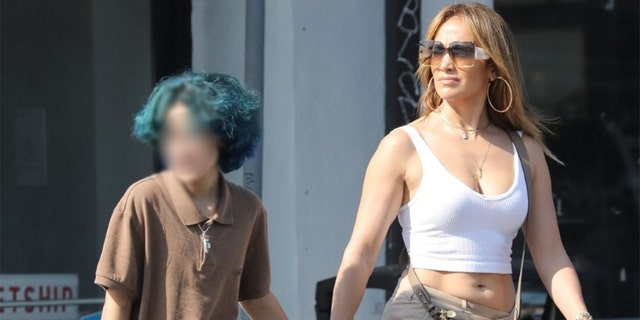 Lopez, 51, has been in the headlines recently as her romance with Affleck heats up.

The pair was recently spotted out at lunch at Brentwood Country Mart in Los Angeles with their kids from separate marriages.

The outing happened after Lopez and Affleck, 48, spent time in the Hamptons for the Fourth of July holiday weekend. 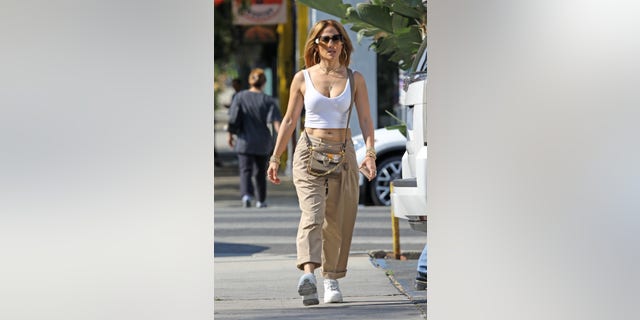 The musician showed off her toned abs with a white crop top.
(BACKGRID)

Lopez and Affleck rekindled their relationship after the singer and fiancé Alex Rodriguez called it quits in April.

“We have realized we are better as friends and look forward to remaining so,” the couple said in a statement at the time. 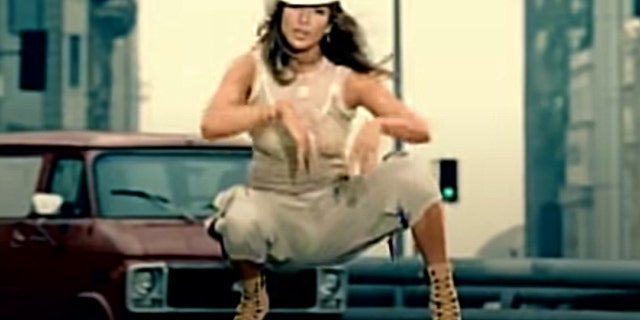 The star’s outfit gave off familiar vibes from her 2002 ‘Jenny from the Block’ music video, which famously starred her beau, Ben Affleck.
(Epic Records)

Meanwhile, Bennifer’s quick re-kindled romance reportedly has the two contemplating if they should move in together.

“Ben and Jen are spending almost every night together when they’re not working,” an insider told Us Weekly earlier this month. “They plan on moving in together very soon.”