Ben Affleck touched down in NYC to support Jennifer Lopez as she performed at the Global Citizen concert. The pair were glowing as they sweetly held hands after the big show.

Jennifer Lopez, 52, and Ben Affleck, 49, looked so cute after her Global Citizen performance. The couple were spotted holding hands as they walked down a backstage staircase at the NYC’s Central Park Lawn on Saturday, Sept. 25. A clean-shaven Ben lead the way towards a parking lot, where the pair were beaming as they exchanged a laugh.

The JLo Beauty founder was simply glowing as she walked alongside her rekindled beau. Her bronzed makeup and golden eye shadow shimmered under the camera lights, which she paired with a neutral, glossy lip. The Bronx native was rocking lengthier locks thanks to hair extensions, styled into a loose, mermaid style wave. 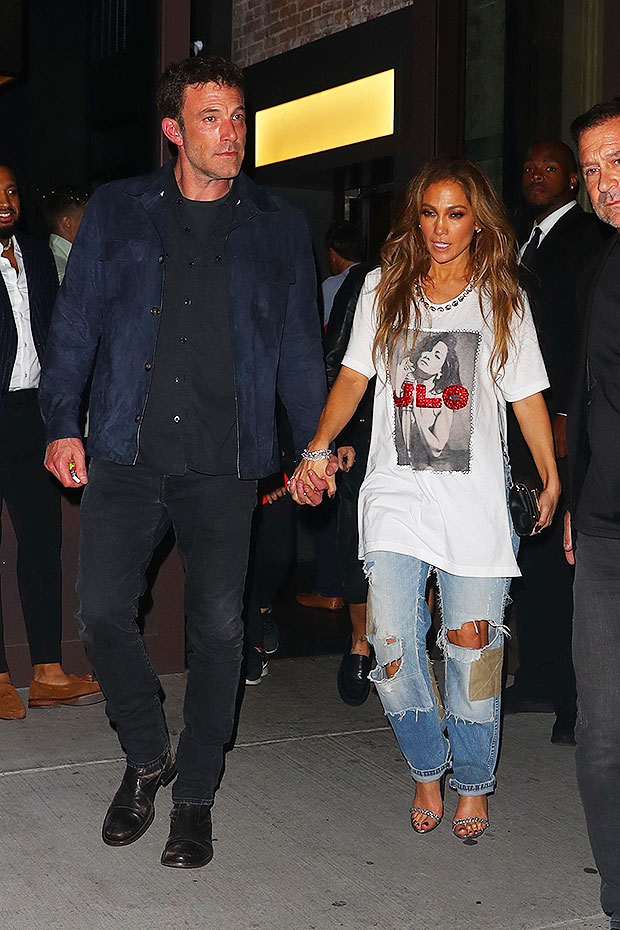 Swapping out of her glam on-stage gear, Jennifer hilariously sported a white t-shirt bearing her photo and nickname, “J.Lo” along with a pair of loose fitting patchwork jeans by Dolce & Gabbana. Ben kept to us usual simple style with a pair of dark pants and a button down shirt, along with a navy blue jacket. Notably, the couple were in NYC just a couple weeks ago for the Met Ball.

As always, the 52-year-old superstar slayed her performance at the show, which was a nod to her 2000s hits! LL Cool J and Ja Rule both joined on her on-stage for throwback songs “All I Have,” “I’m Real,” “Ain’t It Funny.” The crowd went wild for both surprise appearances, singing and dancing along to her other hits like “If You Had My Love” and “Love Don’t Cost A Thing.” For the performance, the Maid In Manhattan actress wore a gold brocade bustier top and fitted black pants, along with over the knee leather boots.

Sleep better with 3,2,1 bedtime method that really works according to NHS doctor
Entertainment