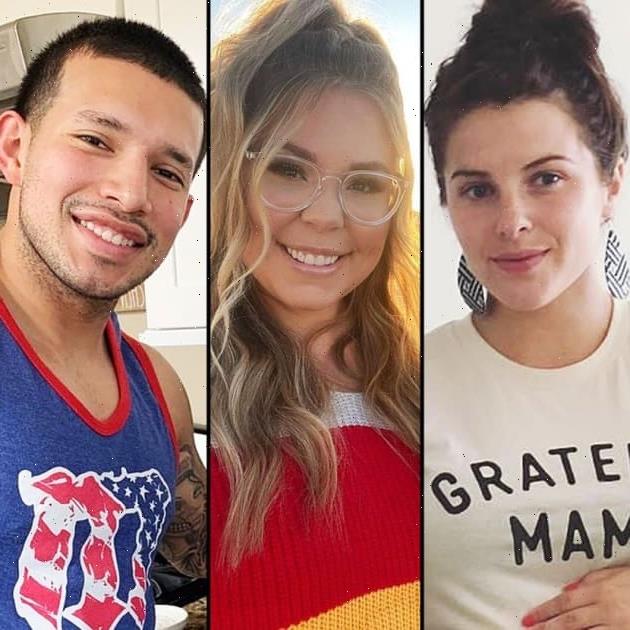 Javi Marroquin Calls Police on Lauren Comeau Alleging She Hit Him; Kailyn Lowry Jumps In and Takes Ex-Husband’s Side!

Yet another dramatic chapter is unfolding in the lives of Kailyn Lowry, Javi Marroquin, and Lauren Comeau.

And this one has the potential to change everything.

As you probably recall, Javi has cheated on Lauren several times, and he’s never been very good at hiding it.

The most recent incident (that we know of) involved Javi trying to have sex with Kailyn in a gas station parking lot.

Comeau dumped Javi after Kail called him out on an episode of Teen Mom 2.

It seems that Lauren and Javi tried to give theire relationship another chance recently.

But clearly, they should have just stayed broken up.

According to UK tabloid The Sun, Javi called the cops on Lauren Thursday night, alleging that she punched him during an argument.

Because there was no evidence of abuse, she was not taken into custody.

It’s not the first time that Javi has called the cops on Lauren and alleged that he behaved violently toward him.

Following an incident last month, he was granted an order of protection against his second baby mama.

Needless to say, this situation is messy enough on its own.

But it got even messier when Kail jumped in and took Javi’s side.

The two of them hopped on Instagram Live together, and Kail absolutely went off on Lauren.

“I know we’ve all been very messy the past several years but that’s not a justification to get beat or beating someone,” Lowry said

Lauren insists that she’s innocent in all of this, and she told police that Javi “entered my home after I asked him to not enter my home repeatedly.”

It was then that Lauren hit him “in the face and kicked him multiple times” (according to Javi).

Javi “made a false accusation and called the police hours after he left my home,” Comeau claims.

“That matter remains under investigation at this time. No arrests have been made,” a police spokesman told The Sun.

Police added that in addition to Lauren’s allegations, “a female caller told emergency dispatchers that she was ‘concerned for the welfare of a child.”

(The altercation was allegedly witnessed by Javi and Lauren’s 2-year-old son Eli.)

During his Live session with Kail, Javi claimed that because he “didn’t get a black eye” the police didn’t arrest Lauren.

Lowry says that Comeau was upset about a family vacation that she and Javi had planned together.

“Lauren knew I was going to Wyoming to visit a friend. Javi asked if he could come. I said sure,” Kail said.

“It’s not just me going it’s a whole group of us and the kids are coming,” she added.

“And she got really upset that Javi asked for Eli and as soon as he asked for Eli, this is what I’m told, I know for a fact because I was sent pictures that she punched him in the face several times and kicked him when he was down,” Lowry continued.

“So we’re not going to pretend like that just didn’t happen.”

“She’s wishing death on me, telling me to drive off a bridge,” Javi said, regarding texts he had received from Lauren.

“I’m tired of people truly pulling the victim card and acting like they’re perfect and constantly pointing the finger at other people,” Kail added.

“Your resentment does not give you the right to beat people and further more, talk s**t about me when I put myself into therapy.”

At that point, Kail once again admitted to having a very messy past, but she says that unlike Lauren, she’s actually working to become a better person.

“I have sacrificed a lot and I’ve put a lot of s–t out there and I’ve had to face my demons and look at myself in the mirror every single day saying, ‘Wow I f–ked up here, I f–ked up there,’” Kail said.

“We’ve all done our messes but I guarantee you and would be willing to put money on it that Javi would not lie about something in front of his son.”

Javie claimed that Lauren “acts perfect” on Instagram, but actually has a violent temper in real life.

“She has all these people fooled. I hope people see who she really is,” he said. “It’s all a front.”

“She’s a manipulative liar who makes a paycheck off of our backs!” Kail added.

“Her entire following came from me and my sacrifices and my dirt,” Lowry added.

“And all of my s–t on TV and you get to just sit back and play house and act like you’re perfect and collect a paycheck from Arbonne off my back and my sacrifices and what I work for so no, I’m not going to let this continue,” she ranted, possibly revealing more than she intended to about her reasons for disliking Laure.

“I’m sorry but whatever cheating you did at some point in time doesn’t justify what she’s doing now. Look in the mirror and decide,” Kail continued.

“She said you cheated on her for five years. Why allow that?”

Needless to say, Kail is 100 percent Team Javi in this scenario.

Lauren has yet to publicly respond to these allegations, but it seems that the situation is sure to get worse before it gets any better.