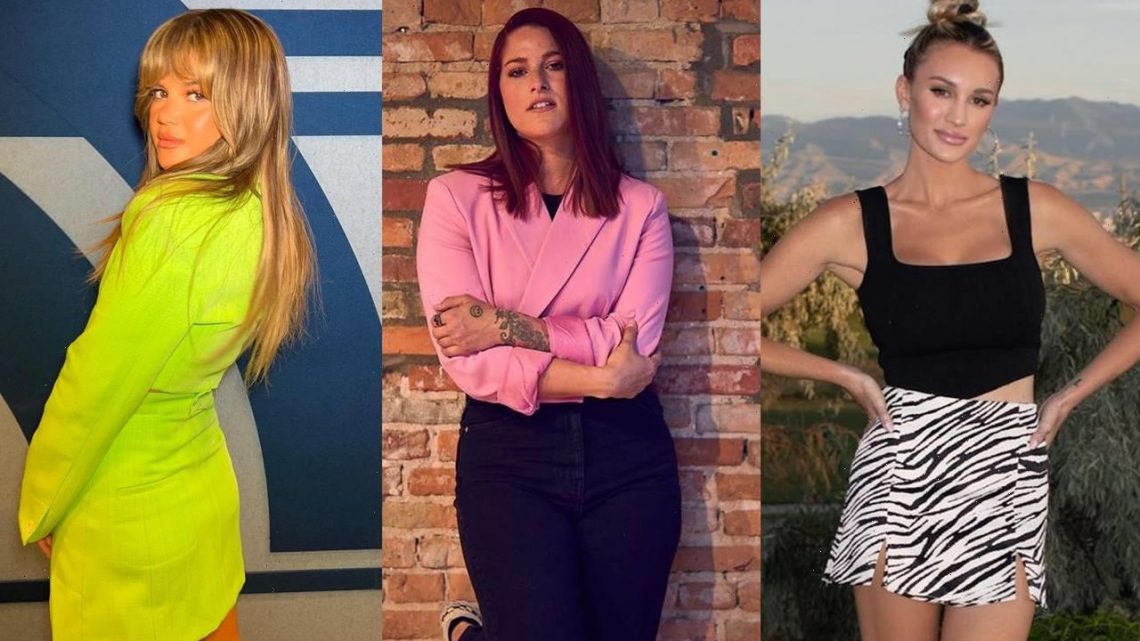 Brittany Aldean was previously called out by the two singers after she writes a caption that some people deemed transphobic in her recent Instagram post.

AceShowbiz –Jason Aldean‘s wife refused to stay silent after she was slammed by Cassadee Pope and Maren Morris. After the two singers attacked her on Twitter over her alleged transphobic remarks, Brittany Aldean didn’t waste time defending herself.

The drama first started after Brittany shared a makeup reveal video on the photo-sharing platform. In the accompanying message, she penned, “I’d really like to thank my parents for not changing my gender when I went through my tomboy phase. I love this girly life.”

While many of Brittany’s followers agreed with her statement, Cassadee took issue with it. “You’d think celebs with beauty brands would see the positives in including LGBTQ+ people in their messaging. But instead here we are, hearing someone compare their ‘tomboy phase’ to someone wanting to transition. Real nice,” the former winner of “The Voice” argued.

The tweet did not go unnoticed by Maren. “The Middle” hitmaker replied to the post by writing, “It’s so easy to, like, not be a scumbag human? Sell your clip-ins and zip it, Insurrection Barbie.”

In response to the diss, Brittany accused Cassadee of “advocating for the genital mutilation of children. Brittany added, “Some parents want to be accepted by society so badly that they’re willing to make life-altering decisions for their children who aren’t old enough to fully comprehend the consequences of their actions.” She also fired back at Maren by writing, “Karen Morris. Thanks for calling me Barbie.”

Cassadee continued the back-and-forth by sharing a photo of herself with a devious smile. “POV: Knowing you got under someone’s skin you don’t like in the first place [crying laughing emoji],” she captioned it.

As for Maren, she’s busy trading shots with Candace Owens on Twitter, who apparently taking Brittany’s side. The mother of two, however, seemingly wanted to end the debates by declaring on Instagram, “I love y’all, that’s all.”