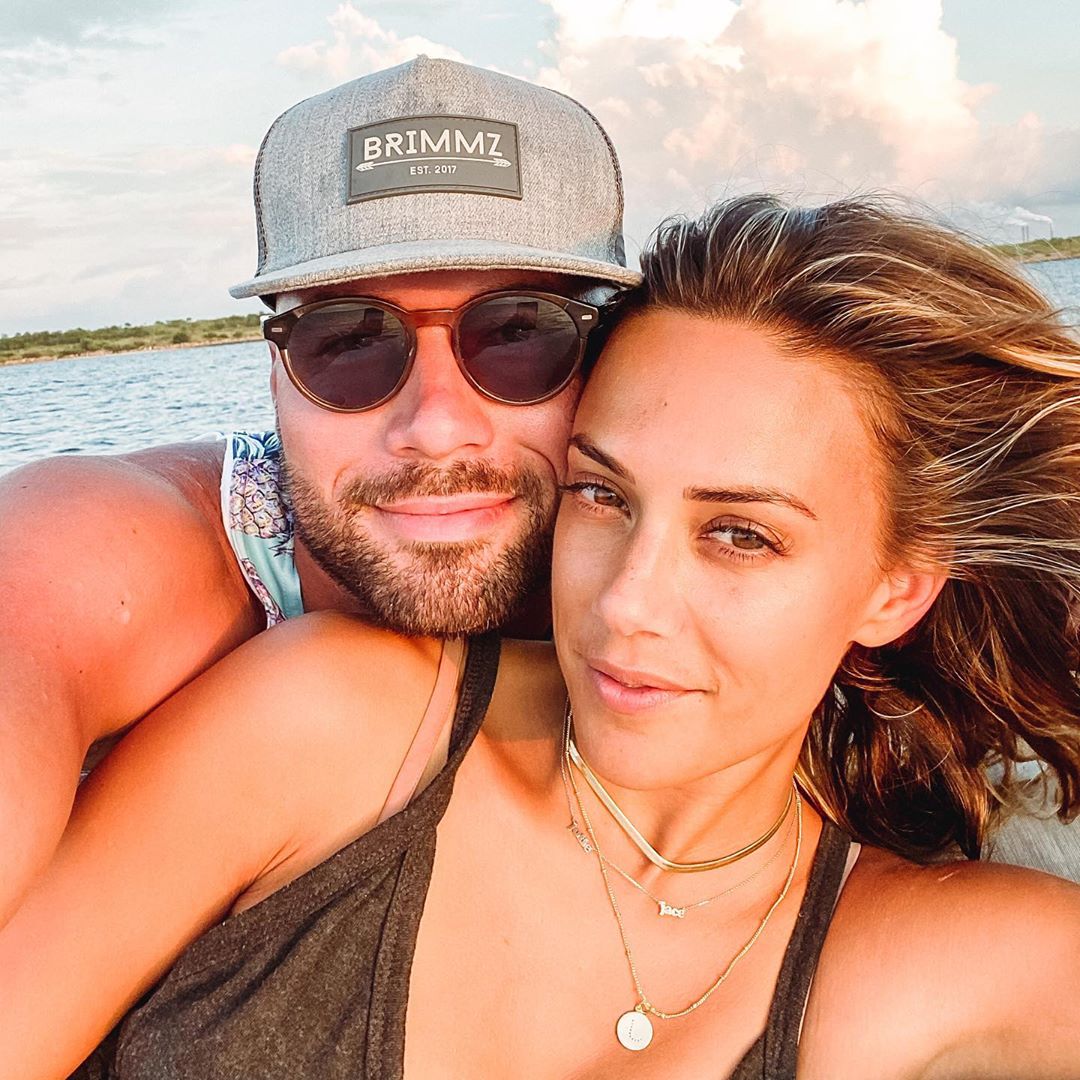 I’m sure there are people reading this who have read Jana Kramer and Mike Caussin’s self help relationship book, The Good Fight, and who regularly listen to their podcast. I listened to most of one episode and it left me ragey so I appreciate any insight about them. From my perspective, Mike is a cheating cheater who always cheats and Jana is a codependent enabler who has built her entire career around Mike cheating. They use a lot of psychobabble to talk around the fact that Mike can’t keep it in his pants. He’s tried to break up with Jana multiple times, the last time we covered them we learned that Mike filed for divorce during one of his stints in sex rehab.

In a recent episode of their podcast, The Whine Down, Jana revealed that she got DMed by a woman who claimed her friend was sleeping with Mike unprotected. This is entirely probable, but it’s also possible that anyone could listen to one of their podcasts or read about them on US and make the same claim. Plus it’s sketchy to me that she’s saying her friend slept with him. It’s not exactly a first person account. I’m relying on US’s reporting because I’m not listening to this podcast again, sorry. This woman makes me so tired.

Jana Kramer received a direct message claiming that husband Mike Caussin had cheated again — and immediately went into “freak-out mode,” she shared on the Sunday, October 11, episode of their “Whine Down” podcast.

“The reason why it caught me off guard was because the very first time I found out Mike cheated on me was through a DM,” [Jana], 36, said during the episode. “I think — I told my therapist this — I almost have this weird PTSD where I go through my DMs, almost looking to see if the truth is gonna prevail in the DM again. I have this fear when I go through my DMs. … It just said, ‘Mike cheated again, I’m sorry.’ And I looked at the person’s profile, it had zero followers, so it’s like they just made this account. So, I reached out.”

During the episode, [Jana] shared that she began messaging the girl, who claimed her friend had been having unprotected sex with Caussin, 33, but she didn’t have proof.

“The really sucky thing about it is that my default can’t go to ‘There’s no way.’ That’s where it hurts the most, where I can’t just go, ‘I trust him 1000%. He would never do that,’… I think that’s where it stung. … I started DMing this person. They’re telling me things that maybe, could make sense or maybe, could be wrong. She said a few things about his hometown and I’m like, OK, they could just look that up on the internet. She said something about, ‘He’s got a secret device,’ which has always been a fear of mine, that maybe he has some secret device that he talks to other people on.”

Kramer sat on the messages for a few days before approaching her husband. First, she “searched the freakin’ house” looking for a secret cellphone and then spoke to her therapist.

“I’m like, ‘I don’t want to be looking under the bed or going through his drawers trying to find this secret device. Who knows if it’s even real?’ Like, how do I deal with this? We’re coming off a high, and now this? But I can’t ignore it completely because of our history,” she explained. “There’s not enough stuff in the bank to trust his word 1000 percent, because of the stuff last year and that sucks. So I’m just kind of, like, stuck.”

[Mike] quickly noticed something was wrong with her and after some prying, she told him she needed to figure things out and speak to a therapist before speaking to him.

“I can’t get frustrated because she’s not talking to me so I was like, ‘OK, I have to do my work now and not be codependent and try to take on her feelings.’ I just had to walk away and sit with it,” he shared. “Once she finally told me last night, it crushed me because it sucks. … It sucks that she can’t default to trusting me. It sucks that I’ve done what I’ve done in the past to create that in a relationship right now. My hope is that years down the line, if something like this happened again, she’d be able to bring it to me and we’d almost be able to, like, laugh about it because there is that much trust in the bank. But I didn’t fault her at all for questioning me for still trying to figure these things out. When she told me she searched the house, it’s just, like, my heart sank because I just felt so bad for my wife to have to feel these things and it’s a direct correlation to things I’ve done in the past.”

Later in the episode, Kramer admitted that she was afraid to ask her husband about the claims because she was scared that he would lie.

“I don’t think she fully believes me yet,” [Mike] said. [Jana] then admitted he’s right: “I have a hard time believing it, but I also don’t at the same time.”

I just got so annoyed reading their bullsh-t. Mike is saying he doesn’t want to “be codependent” by taking “on her feelings.” What does that even mean, that he doesn’t give a sh-t and is coming up for excuses not to care? Did he directly say “no, honey, I’m not cheating on you?” I doubt it. He could literally kill her by cheating at this point.

If you have to call your therapist to get her to talk you down from searching for your husband’s private phone, if he’s cheated on you more than a handful of times you know about and has gone to rehab two times for it, why would you doubt that he’s cheating? I guess so you can justify staying with him despite all the evidence that he’s a horrible person who wants out. They have two kids together and they’re learning that dad cheats and mom puts up with it and talks about it for a living. Again, someone could have made a fake account and used known details about these two to troll Jana. Wouldn’t that have you questioning your life choices too?

First family beach trip in the books. Nothing beats seeing them so happy and having fun. They deserved it. We all have. Back to nash

First family beach trip in the books. Nothing beats seeing them so happy and having fun. They deserved it. We all have. Back to nash

Another successful day :). I love my family. Feeling beyond blessed.

. I love my family. Feeling beyond blessed.

*SPOILER ALERT* (if you swipe right) A few months ago Mike and I recorded the audio for our book, The Good Fight! If you’re an amazon prime member you can link up on Audible and listen to our book there. Link in stories. Are you team hard copy or team Audio?! Either way we thank you for all the love!! #thegoodfightbook

We are NEW YORK TIMES BESTSELLING AUTHORS!!! What?! We are grateful, humbled and blessed. We can’t stop saying what ?!? and or crying 😂. Thank you from the bottom of our hearts for fighting the good fight with us. We wouldn’t be here without y’all. @thegoodfightjm

“February 16th 2020 I got baptized again. After four years of fighting my shame, my demons, my secrets, and my lies, I was fully ready to recommit my life to Christ…to admit that I need him in my life, that I love him, and that finally for the first time in over ten years, I KNOW that he loves me without any exception, and that I deserve his love”- Mike (Chapter 8. Pray on it)

“February 16th 2020 I got baptized again. After four years of fighting my shame, my demons, my secrets, and my lies, I was fully ready to recommit my life to Christ…to admit that I need him in my life, that I love him, and that finally for the first time in over ten years, I KNOW that he loves me without any exception, and that I deserve his love”- Mike (Chapter 8. Pray on it)

A Flutist Steps Into the Solo Spotlight
Entertainment