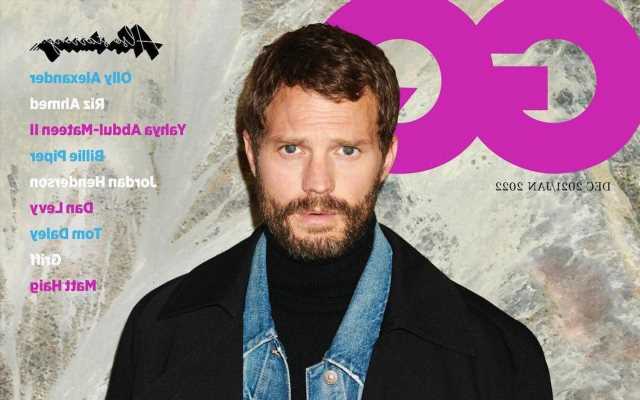 AceShowbiz –Jamie Dornan has no regrets about starring in the “Fifty Shades of Grey” movies, even though all three of the films were hated by critics.

The Irish actor reveals he “felt the wrath of hatred” when he took over the lead role of Christian Grey from Charlie Hunnam, who was initially cast, but he knew deep down the films would be loved by fans of E.L. James’ books.

In a new interview with British GQ, he says, “It was based on books and we were staying very close to these books. These books were loved by fandom. Really loved, obsessively loved and despised by every critic. Real critics hated the books.”

“You know that you’re going to have these movies that are for the fans, that the fans are going to love, that are gonna make a ton of money. But you know that the critics will be just you know licking their lips and that’s exactly what happened. And we knew that was going to happen so you’re watching that play out and at times that’s f**king difficult.”

Dornan accepts the “Fifty Shades” movies weren’t cinematic masterpieces but they served to get him where he is now, starring in one of the most buzzed-about films of the year, “Belfast“.

“Every movie I have made in my career, post those films, I have only been able to do because of those films,” he adds. “Because all of the stuff, like ‘Belfast’, beyond ‘Private’ [‘A Private War‘] or any, like, well-received, more independent stuff I’ve done in the last five or six years, they’re only budgeting…, they’re only paying for those films to be made off my name, because I’m in a franchise that made $1.4 billion. That’s how that works.”