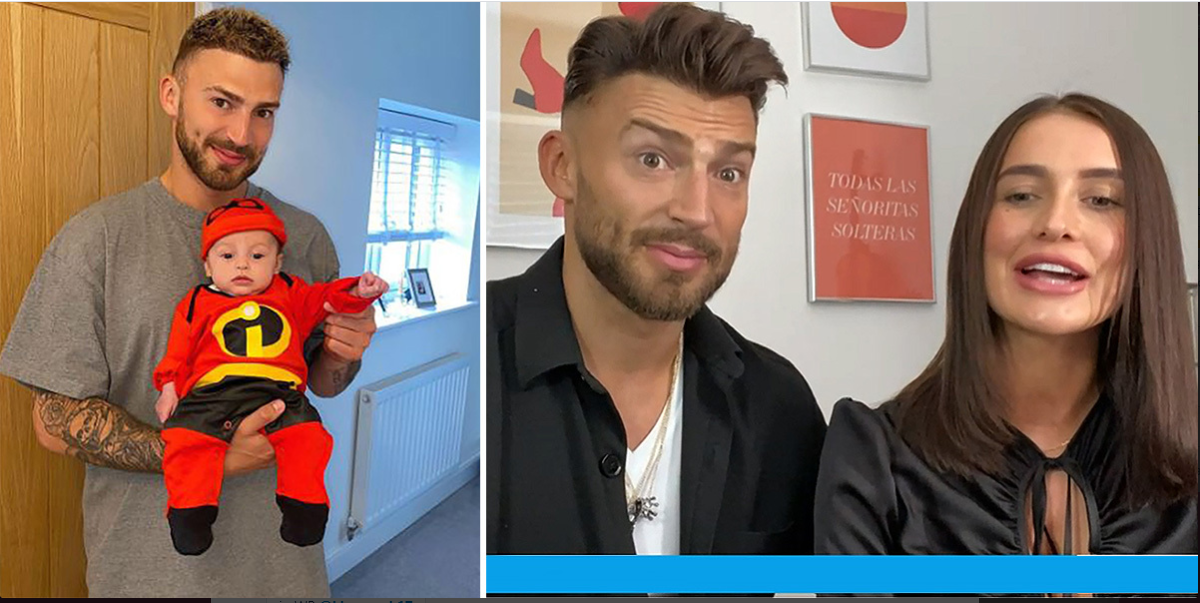 Jake Quickenden has shared a sweet post raving about his son Leo after revealing the vile comments targeted at the baby.

The singer, 32, shared a photo of Leo wearing a costume from The Incredibles as he held him in his arms, gushing about how much he was enjoying being a dad.

He wrote: ‘He’s just incredible…. sorry about Constant baby spam… I just can’t help it plus I’m not doing much else at the minute apart from getting my head around being a dad!!

‘I’m glad we are getting back to normal but I’m not gonna lie one good thing about being stuck in the house is I’ve had time to bond with Leo and be there to help, I was supposed to be working away singing on cruises and I might have missed so much…’

Jake concluded: ‘10 weeks on Friday where has the time gone!! I love you more everyday @leooliverq.’

He had recently opened up about the disgusting messages he and girlfriend Sophie Church had been sent by trolls, including one who told them to drown their baby.

Campaigning for the laws around social media to change, Jake told New magazine: ‘It hurt, but you have to ask yourself, “Why are people doing this?” Sophie received one saying, “Why don’t you drown your baby.” Something must change with the online laws.’

Jake has been open about the way trolls have targeted his son, who was born in February, previously writing: ‘‘REAL POST… So in the past week this little man has been told he needs Botox, that he’s ugly as f**k and that he’s weird looking, me myself have also been told stay off social media if you don’t want to be trolled.

‘It’s so baffling to me that I should have to stay off social media if I don’t want my four-week-old trolled.

‘I don’t mind people giving me s**t, as sad as it is I’ve had to get used to being called “irrelevant“, “ugly“, “attention seeking“ and the list goes on but to troll an innocent child is so wrong and the people doing it seriously need to seek help.’