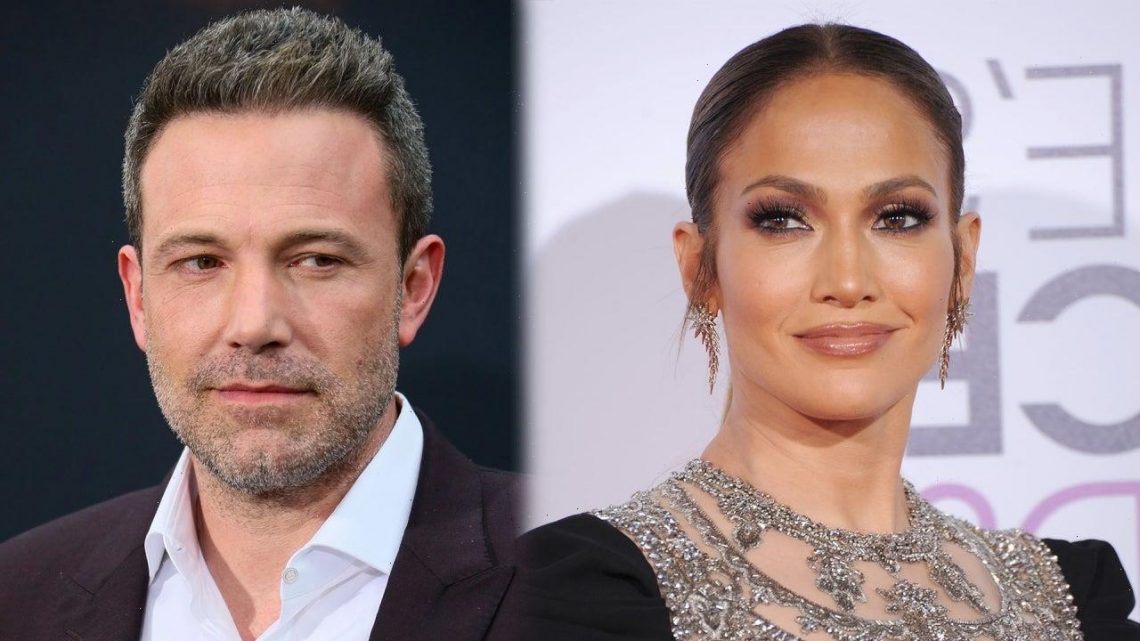 It’s a blink and you’ll miss it moment! Jennifer Lopez and Ben Affleck made a subtle Instagram appearance in Leah Remini’s latest post. On Thursday, Remini shared a video montage of her June birthday celebrations, which included a photo with J.Lo and Affleck.

The couple make their appearance at the 0:33 mark in a black-and-white photo with Remini. The 48-year-old Oscar winner is seen in the middle as he puts his arms around Lopez and the birthday girl.

“Wanted to share a little video from my birthday with you all because I got so much love from you on my birthday but also everyday. I consider myself to have the best support system here on social media,” Remini wrote in part. “Also, I can’t thank my family & friends enough for coming, for celebrating with me in a way that was very special to me. It’s been an interesting year, so this birthday meant a lot for many reasons. I love you family, I love you friends that have become family…” 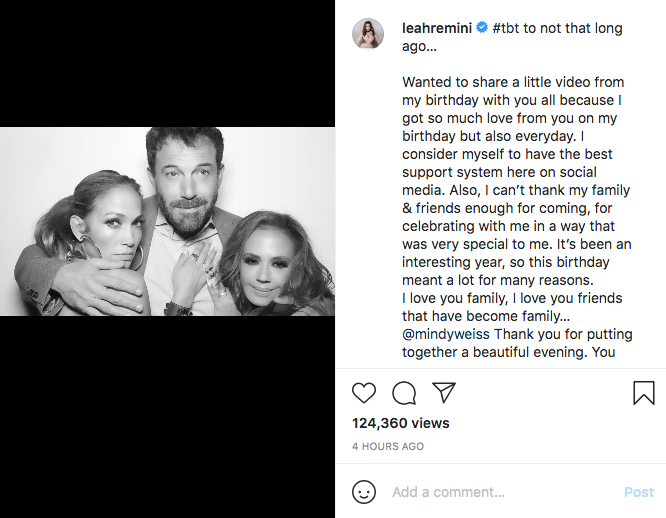 Lopez and Affleck, dubbed Bennifer, were previously engaged from 2002 to 2004. The 51-year-old triple-threat star reconnected with Affleck earlier this year, after she and fiancé Alex Rodriguez called it quits. Lopez and Affleck have since been spotted out on dates together, and even spent the Fourth of July holiday side-by-side.

The two have yet to post about their rekindled romance on their social media, or publicly speak about one another. However, Lopez recently told Apple Music’s Zane Lowe that she’s having “the best time of my life” following her breakup.

Things seem to be good between Affleck and Lopez. Last week, the couple was spotted house hunting in Los Angeles.

Meanwhile, earlier this month, a source told ET that amid their newfound love, their “friends wouldn’t be surprised if they move in together and ultimately end up together.”

“They’re spending all of their free time together and making each other a priority. J.Lo falls hard and has certainly done the same with Ben again this time around,” the source said. “Ben is a guy’s guy and does his own thing, which J.Lo loves. He has his own life and is famous in a different way than she is and is not trying to compete with her by any means. They just support and love each other.”

Joel Dommett reveals a burglar broke into his home