Home » Celebrities » J.Lo & A-Rod Snuggle Up For 1st Selfie Since Breakup Drama While Vacationing In The D.R. — See Pic 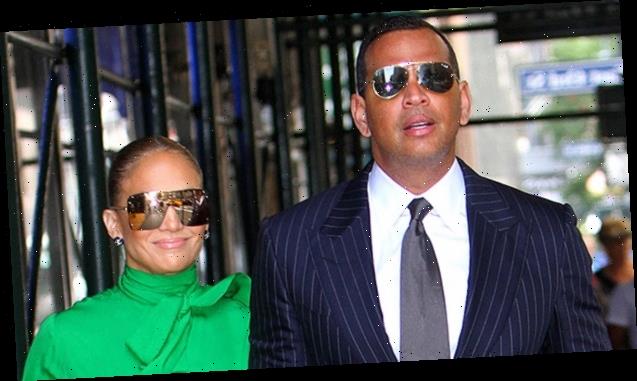 J.Lo & A-Rod Snuggle Up For 1st Selfie Since Breakup Drama While Vacationing In The D.R. — See Pic

Jennifer Lopez and Alex Rodriguez were all smiles in their first Instagram photo together after a report claimed their engagement was over.

Not only are Jennifer Lopez and Alex Rodriguez still together, they’re still in business together. On March 26, A-Rod shared their first selfie as couple on Instagram since a report claimed they had split earlier this month. Not only did J.Lo and A-Rod show off PDA by snuggling up close to one another, but they also showed off two bottles of Goli vitamins. The couple had an exciting new partnership to announce!

“IT’S OFFICIAL! We are part of the @goligummy family!!,” A-Rod wrote underneath the sweet selfie. He continued, “Jennifer and I are very excited to announce that we’ve joined forces with Goli Nutrition. They’ve revolutionize the health and wellness industry with their innovative, delicious and nutritious gummies!”

A-Rod recently flew from Miami to reunite with J.Lo in the Dominican Republic, where she is filming her upcoming movie Shotgun Wedding. The retired MLB pro announced his arrival on March 15, and two days later, A-Rod and J.Lo were seen sweetly kissing while having a relaxing day outside of J.Lo’s bungalow in the Caribbean country on March 17. This doesn’t appear to be a short trip; the Florida-based businessman also shared a photo of himself lounging in the pool in the D.R. on March 26 (the same day he posted the new couple’s selfie).

As you can see, J.Lo and A-Rod are proving to the world that they’re still going strong. Their reunion in the Dominican Republic comes after Page Six claimed that the couple broke up and called off their two-year engagement on March 12. The very next day, A-Rod and J.Lo clarified that they are STILL together via a joint statement that read, “We are working through some things” (which was issued to PEOPLE). J.Lo even poked fun at the headlines that suggested they had split in this video.

A-Rod and J.Lo have been dating since 2017, and engaged since March of 2019. Their family has also grown close; A-Rod is the father of daughters Ella, 12, and Natasha, 16 (whom he shares with his ex-wife Cynthia Scurtis) while J.Lo is the mom of 13-year-old twins, Maximilian “Max” David and Emme Maribel (whom the singer and actress shares with her ex-husband, Marc Anthony). “Alex and Jennifer feel like they have a family right now,” a source close to J.Lo EXCLUSIVELY told HollywoodLife in the wake of the original split news.