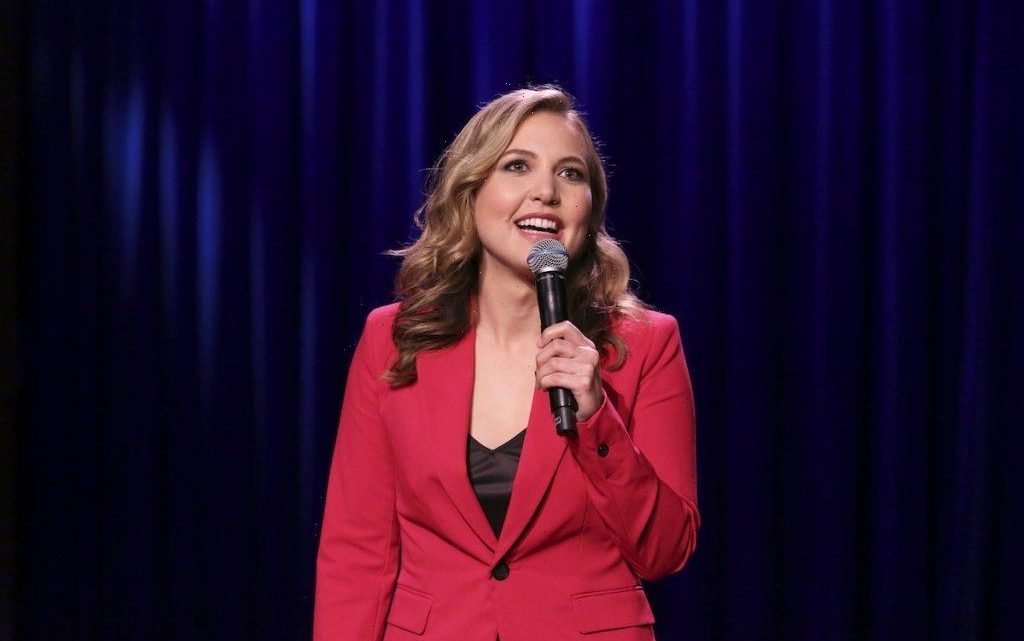 Two comedians locked down in an NYC apartment during a pandemic isn’t the ideal setting for a new relationship. But Taylor Tomlinson and Sam Morril originally created some buzz in mid-2020 by creating both a short comedy TV series and a podcast together, although the two stand-up comics now seem to be spending plenty of time apart.

We haven’t heard much lately about their on-and-off engagement. Regardless, it seems like their relationship has merely entered a new phase as they both get back to life on tour. So is Tomlinson single again?

Despite being an open book when discussing relationships, Tomlinson has left fans guessing about her relationship status with Morril. What we do know is that their engagement didn’t last. Tomlinson took to Twitter to mock herself for a brief engagement that ultimately fizzled. This was during late spring of 2020 — just a couple of months after they created the short comedy series New Couple Gets Quarantined and podcast This Is Important to Me.

As pandemic restrictions lift, Tomlinson is embarking on a new comedy tour throughout the U.S. and Canada. Notably, the social-media references to Morril have faded. Tomlinson seems to be right back into the swing of stand-up comedy. Her Twitter and Instagram profiles also focus on her tour and Netflix comedy special, Quarter Life Crisis. No links to the work she created with Morril exist.

But Tomlinson has also dropped some recent hints that she and Morril aren’t completely done either. On her mid-November Self-Helpless podcast with Kelsey Cook, Tomlinson dished about living bi-coastal between New York City and LA and squeezing time for Morril into her busy schedule. The podcast episode was even called “12 Long Distance Relationship Tips with Taylor Tomlinson.”

She also shared about their long-distance relationship in August on Late Night with Seth Meyers.

After initially making a splash in NBC’s Last Comic Standing back in 2015, Tomlinson’s popularity spiked following appearances on The Tonight Show with Jimmy Fallon and Conan. She also turned heads during her 15-minute set on Netflix’s The Comedy Lineup in 2018. Her hour-long Netflix special, Quarter-Life Crisis released next. More recently, Forbes added her to its exclusive 30 Under 30 list.

No longer locked down in an apartment with Morril, Tomlinson is living bi-coastal but mostly focusing on her expansive Deal with It tour. From now until the end of April, fans can catch up with her at different comedy clubs around the U.S. and Canada. She’s also busy on the Self-Helpless podcast, which she co-hosts alongside fellow comedians Delanie Fischer and Kelsey Cook.

Although a lot has changed since Tomlinson and Morril were collaborating on content and trying to make it through the worst parts of the pandemic. But it seems like the two busy comedians are still together whenever they’re not selling out comedy shows.