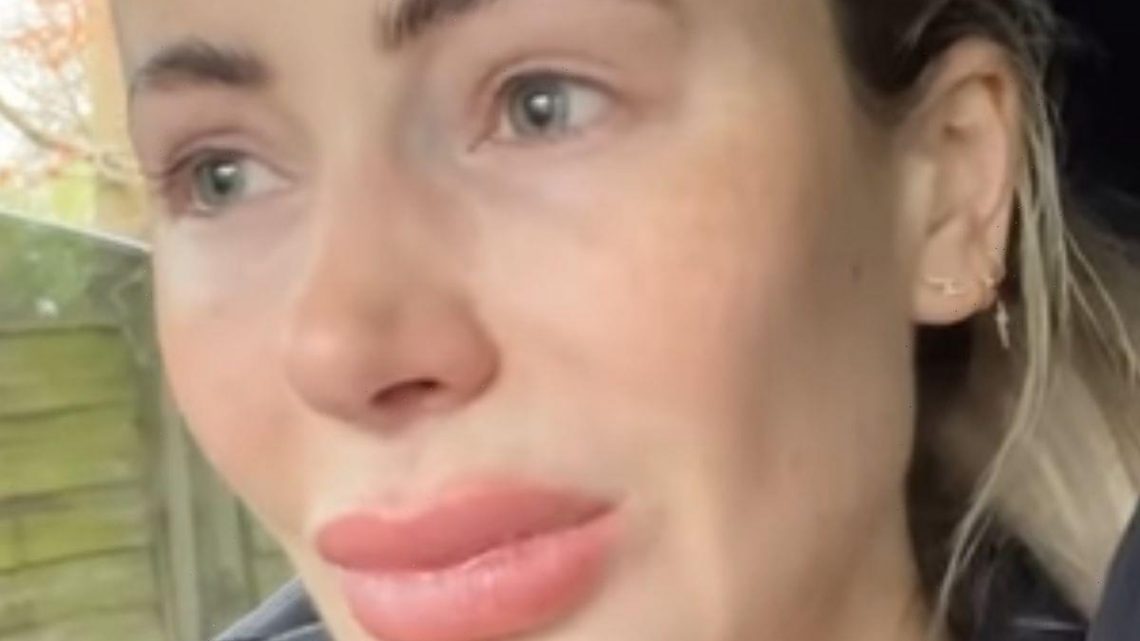 Olivia Attwood cries as she recalls incident with dog in park

Olivia Attwood was left trembling after the tirade of expletives was aimed at her, explaining to her two million followers: “I can’t believe I’m actually crying on my story.” The shaken-up Love Island star explained she’d been targeted while out walking her dog, and that she’d been branded a “f****ng crazy b***h off the telly”.

The reality TV star, who has also appeared on I’m A Celebrity… Get Me Out Of Here! lamented that her “awful experience” during the solo walk was the “sad reality of a woman being on her own”.

It began when her Carpathian/German Shepherd mix dog Lola leapt over to another woman’s cockapoo, her tail wagging excitedly.

Yet while the two dogs quickly made friends, Olivia says the fuming owner came over and launched into a tirade of abuse.

READ NOW: Zara Tindall’s hug with Mike on I’m A Celeb questioned by Ant and Dec

“She’s saying I’m a psycho, like every expletive under the planet,” she continued.

Even worse, Olivia recalled that others who saw the rant didn’t intervene but instead picked up their phones and started filming.

“That’s the f***ed up thing about being in this industry,” a tearful Olivia added, explaining that she felt unable to defend herself.

She has spent two years attempting to rehabilitate her rescue dog Lola, who can be nervous at times, but according to Olivia is usually “one of the best behaved dogs in the country”.

However, as the woman lunged to pick up her dog and started yelling, Lola became “spooked and defensive”.

Finally, as she extricated her from the situation and walked away, she says she was followed to her car by a middle-aged man who told her menacingly: ‘We know who you are, you stupid b***h’.”

“Would that [have] happened if I was with my fiancé or my dad? Very unlikely,” she declared, describing it as “the sad reality of a woman being on her own.”

Olivia added that she feels responsible for “letting Lola down” after she had an episode of distress during the altercation.

“I have spent more time learning about dogs and dog psychology than most… I would never have my dog off lead if there was even a suspicion she may hurt another dog,” she clarified.

She added that Lola and her Rottweiler puppy, Stitch, had been “interacting in a very positive way” with the stranger’s dog before the shouting match had begun.

Olivia also slammed the reactions of people around her who’d chosen to snap photos and film video footage of her instead of helping to end the awkward situation.

“If I was a bystander in that situation, my first instinct would [have] been to help,” she raged, “but I guess that’s the world we live in.”

She added that it was the first time she had been moved to tears since her premature I’m A Celebrity exit this year, after she left the jungle bubble to seek medical assistance.

Blood tests had shown that she had unusually low potassium and sodium levels, leaving medical staff fearing anaemia, and she was whisked away for further check-ups.

Devastated Olivia had been keen to continue her journey in the jungle, but owing to strict show regulations, she was sent home after just 24 hours.

An explanation released on the influencer’s Instagram account afterwards read: “To say Olivia is heartbroken would be an understatement…. However, for reasons beyond her control her journey has been cut short.

How to watch Love Actually online for free | The Sun