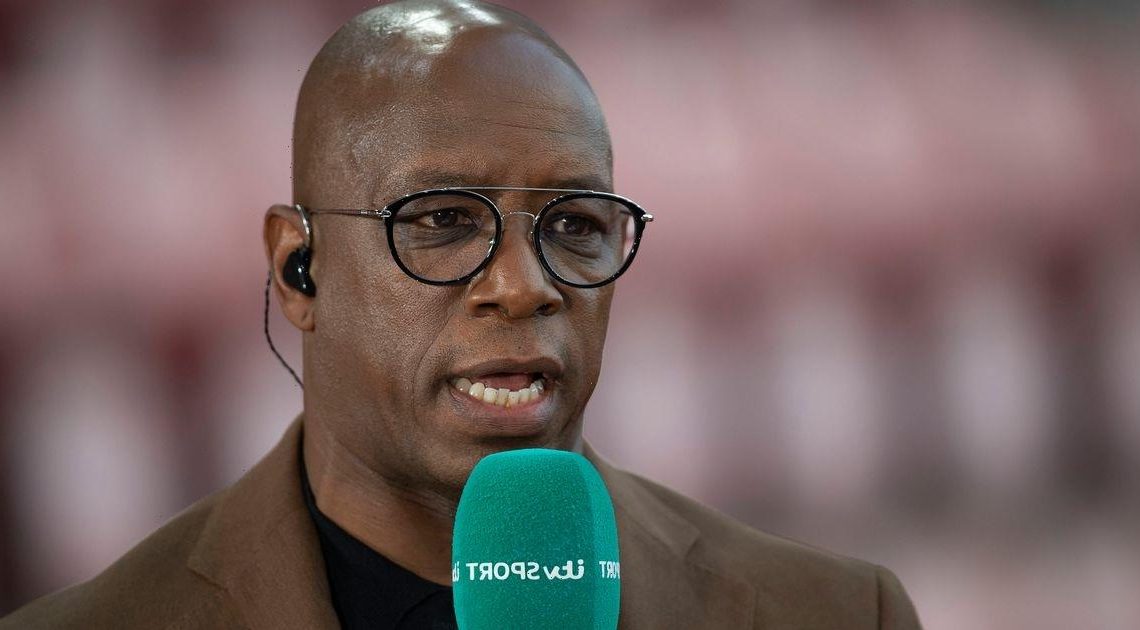 Ian Wright sadly learnt about his mother Nesta passing away in the middle of presenting coverage for the FA Cup at Crown Oil Arena on Sunday.

The former I'm A Celebrity…Get Me Out of Here! star received the tragic news while teams Plymouth Argyle and Rochdale were battling it out on the field, exiting the ITV show at half time.

Appearing his usual cheery self before hearing the news, Ian’s sudden departure was explained by host Mark Pougatch after returning from the break.

"Ian, I'm afraid is not [with us], a family bereavement, so he has gone to where he is most needed – with his family,” said Mark, who appeared on the coverage with ex-Rochdale striker Grant Holt.

Ian has been regularly covering football since retiring from the game in 2000 and is considered one of the main faces of Match of the Day on BBC alongside his match hosting gigs on ITV.

The 58-year-old was raised in Brockley, South London by his mother Nesta who died at the age of 94.

As a teenager he ventured into football, playing for Crystal Palace’s Sunday league before becoming a professional player at the age of 21.

After viewers were informed of Ian's reason for leaving part way through the FA Cup show, they were quick to offer their condolences to the popular TV presenter on social media

“Ian I've just heard that you had bad news so you had to leave Rochdale vs Plymouth match I'm sending you massive hugs and prayers,” wrote one fan.

“Thoughts are with you mate, just heard on ITV,” commented another, while a third person added: "Sorry to hear your news, stay strong."

Well-known for his upbeat demeanour, many were saddened to hear about Ian learning of the devastating news regarding his mum and sent him “massive hugs and prayers”.

His abrupt absence in the middle of ITV’s coverage was certainly felt as the engaging host always maintains a presence about him whenever he is on screen.

“Ian would be the first to admit he had a difficult relationship with his mum, but hearing your own flesh and blood has passed away is never easy,” a friend of Ian told The Sun.

"It’s upsetting news to hear for anyone. He was told just before he went back on air at half time, and wanted to be with his family, which ITV obviously totally understood.

“He left the ground immediately to be with them."

To get the latest showbiz and celebrity news straight to your inbox, sign up to OK!'s daily newsletter.

The Furniture Captures A Hypnotic Vibe On New Song ‘Kontrail’: It ‘Seemed To Play Itself’
Entertainment