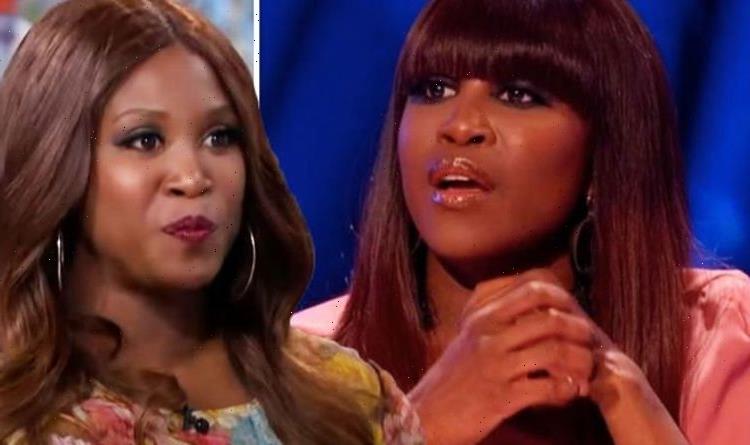 Strictly Come Dancing: 'We will all be there' says Motsi Mabuse

Strictly Come Dancing judge Motsi Mabuse has revealed that she was told she wouldn’t “make it” because “black people are lazy”, upon moving to Germany from South Africa to pursue her passion for dancing at the age of 18. The dance pro, 40, is currently part of the judging panel on the popular BBC show, where her sister Oti Mabuse is partnered with former sportsman Ugo Monye. Motsi has now revealed that when she was younger, she endured horrific racism.

That kept me hungry

Born in South Africa, the Strictly judge explained that her parents had told her and her two sisters Oti and Phemelo that “things will be more difficult” for them because of the colour of their skin.

Motsi grew up during Apartheid, a period of instituionalised, racial segregation in South Africa.

After initially pursuing a career in law at the University of Pretoria, the star turned her attention to dancing and moved to Germany.

However, Motsi explained that she was “made to feel unwelcome from the beginning” when she started participating in dance competitions.

The dance professional revealed that she was spurred on to win after receiving horrific racist abuse, including being told that she wouldn’t “make it” as “black people are lazy”.

The Strictly judge said: “When it came to competitions against white children, I was made to feel unwelcome in the beginning.

“I didn’t fit in, I didn’t have the right costumes because we couldn’t afford them.”

However, the star revealed that the animosity she received only made her work harder to achieve her dreams.

“There were structures in place to make sure the black dancers would never win.

“That kept me hungry,” Motsi admitted to The Sun.

She went on: “If I had won early and easily, I wouldn’t have gone through the journey I’ve been on, and that has made me stronger.”

In 1998, Motsi was the runner up in the country’s national championships.

The year after, she met Timo Kulczak at the British Open Championships in Blackpool, who became her professional dance partner.

Last Saturday 7.9 million viewers tuned in to watch the celebrities take to the dance floor for the first time.

Motsi had nothing but compliments for TV presenter AJ Odudu and her partner Kai Widdrington after their Jive saw them top the leaderboard.

In 2007, Motsi joined the cast of the German version of Strictly and finished in fifth and sixth place with her celebrity partners across two series.

The star was subsequently invited to become a judge on the programme in 2011 and still sits on the panel even now.

In 2019, Motsi joined the judging panel of Strictly Come Dancing in the UK version of the show, where her sister Oti had been a professional dancer for the previous four years.

Strictly Come Dancing continues at 6.45pm this Saturday on BBC One.

The Strange Allure of Pool-Cleaning Videos