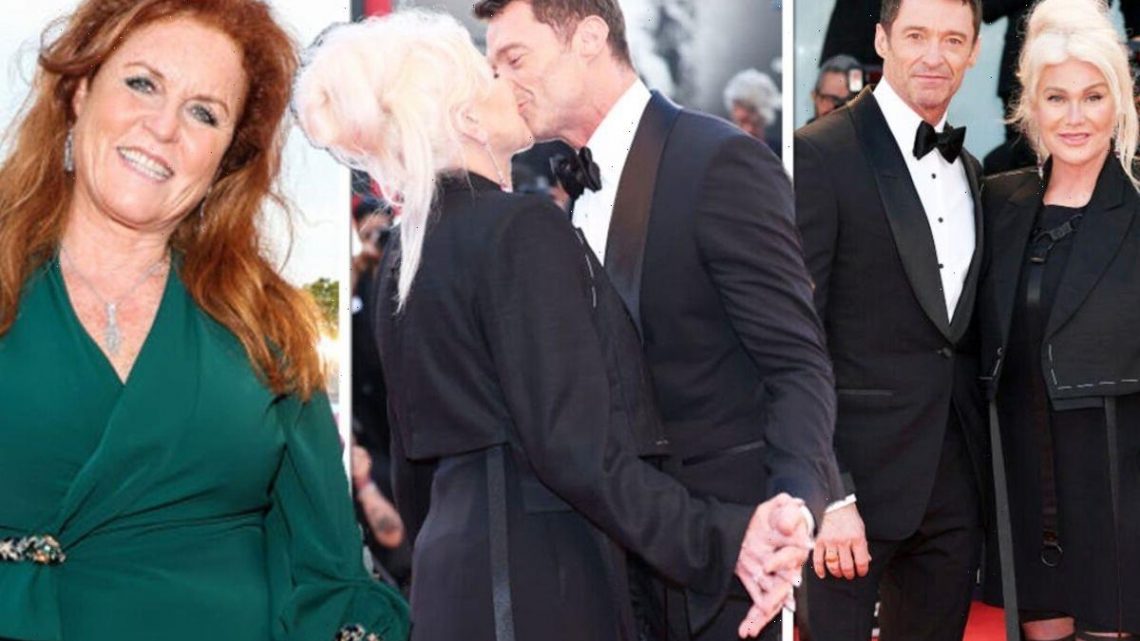 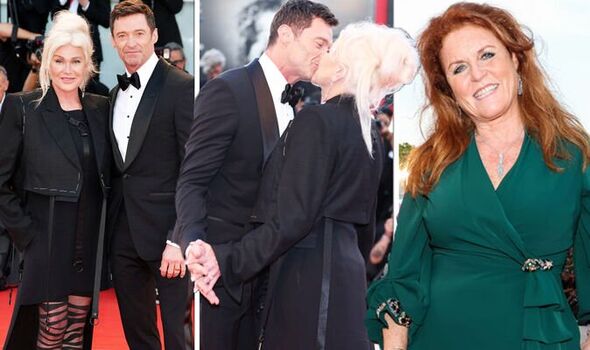 Hugh Jackman, 53, and his wife Deborra-Lee Furness, 66, packed on the PDA as the couple held hands and kissed each other on the red carpet.

The Hollywood actor, who tied the knot with his other half in 1996, posed for pictures ahead of the premiere of his latest offering, The Son, which is being debuted at the Venice Film Festival today.

The Greatest Showman actor looked suave as he sported a black tuxedo paired with smart shoes while his wife Deborra also opted to wear all black.

She rocked a knee-length dress that featured a long trail which she teamed with a pair of patterned tights and added a pair of platform heels to finish her look.

The couple posed for a number of pictures before Hugh leaned in and shared a kiss with his wife.

Meanwhile, Sarah Ferguson made a surprise appearance at the Venice Film Festival.

The Duchess of York looked chic in a sheer green dress as she posed confidently on the red carpet. 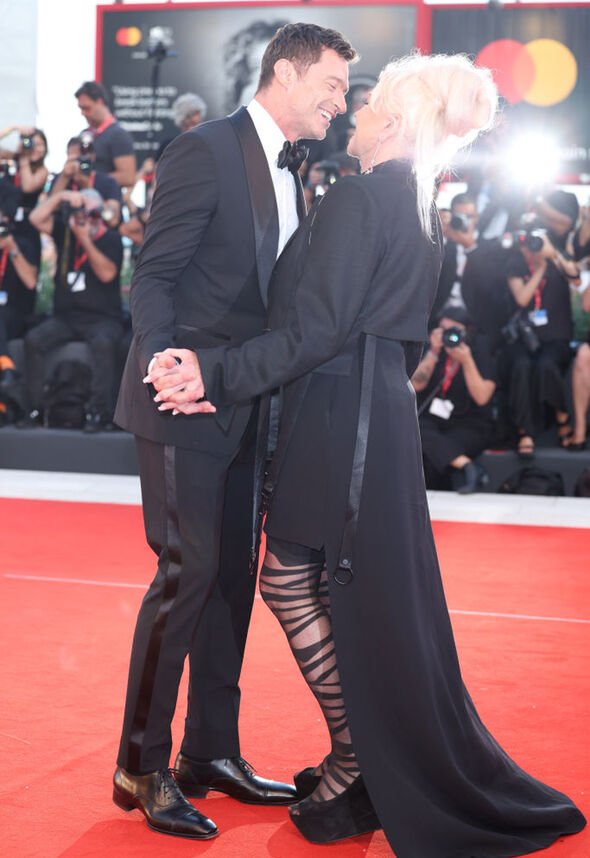 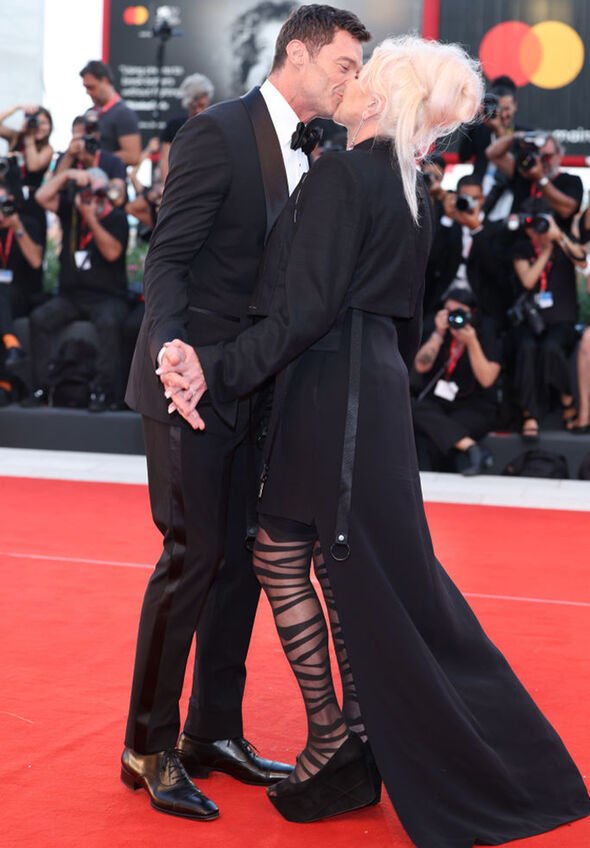 Hugh Jackman shared a sweet kiss with his wife 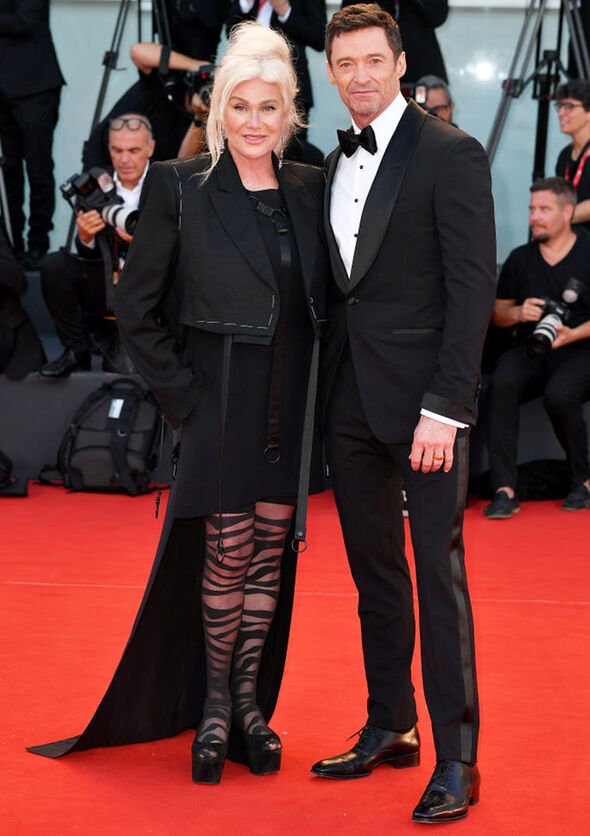 Hugh Jackman donned a black tuxedo as he posed in Venice

The actor’s partner Deborra-Lee rocked a knee-length dress that featured a long trail which she teamed with a pair of patterned tights and added a pair of platform heels to finish her look. 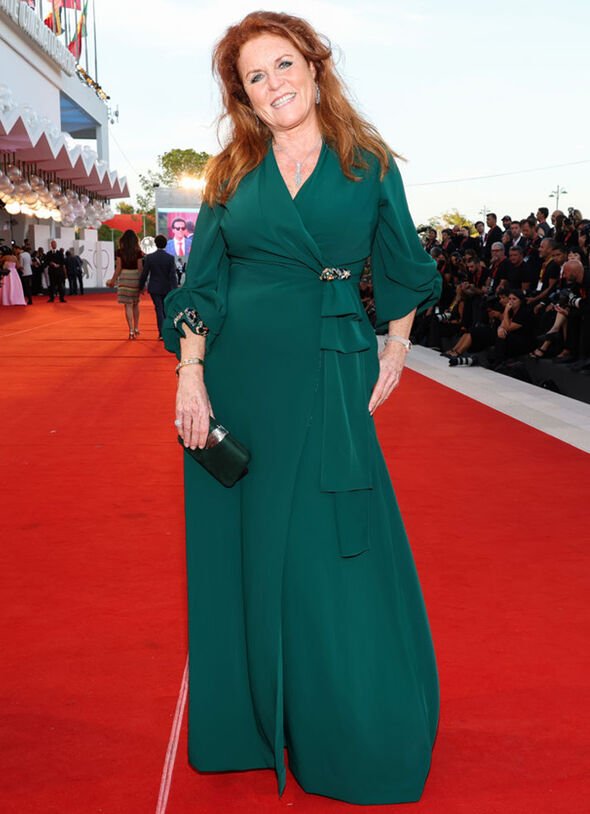 Sarah Ferguson was all smiles at the Venice Film Festival

Sarah, Duchess of York made a rare appearance at the film premiere of The Son 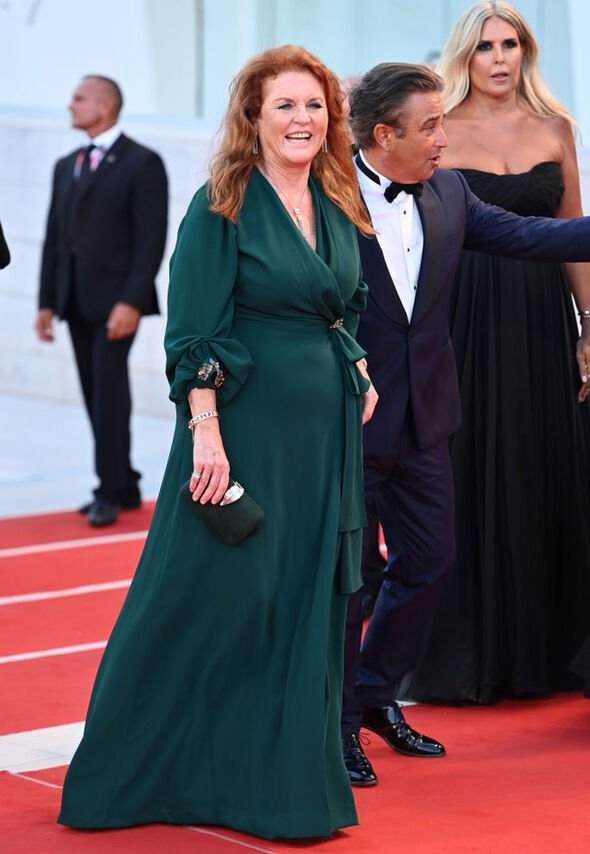 Sarah Ferguson was all smiles at the Venice Film Festival

This week, Prince Andrew’s ex-wife revealed she had jetted to Lisbon in Portugal, to see her daughter Princess Eugenie and her husband Jack Brooksbank, as they embark on a new life with their young son August. 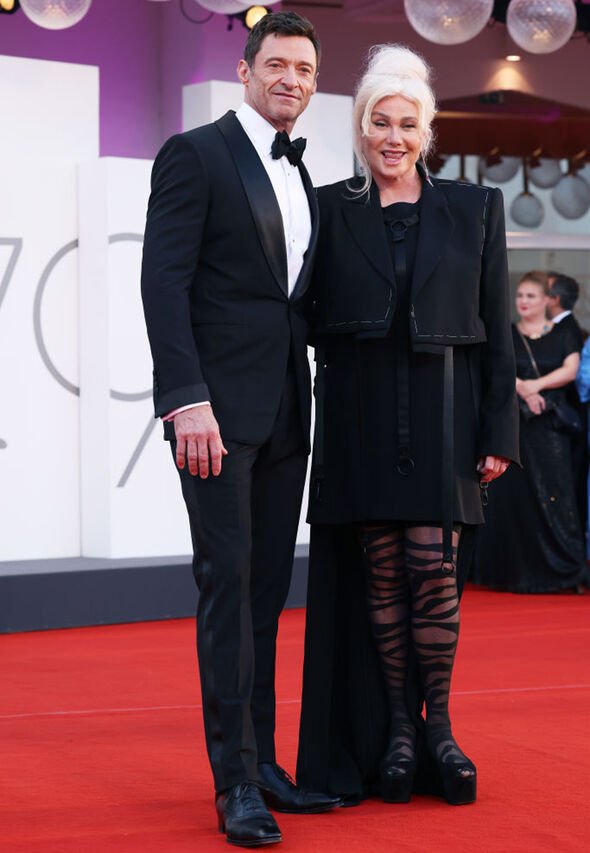 Hugh Jackman is starring in the film called The Son

Hugh Jackman says he has changed his approach as a parent since starring in Florian Zeller’s new film The Son, which debuts at Venice on Wednesday. 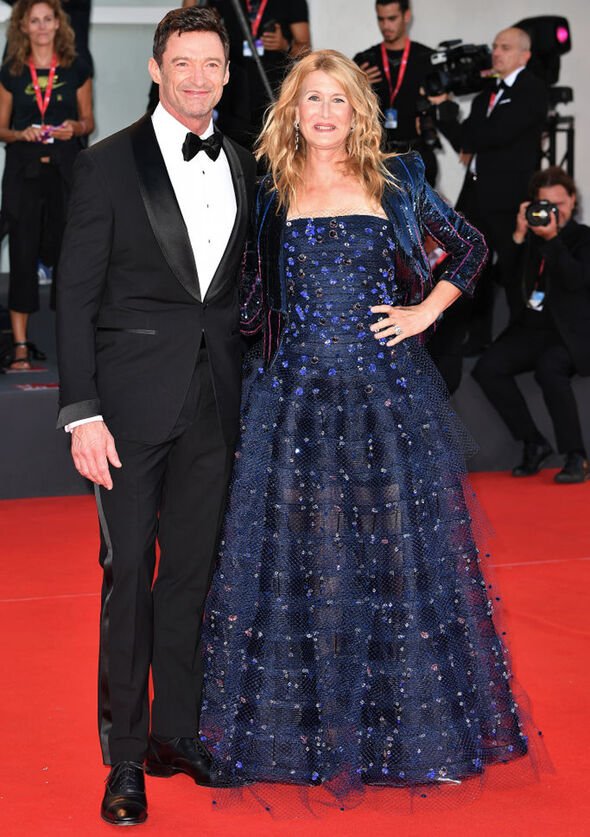 Speaking at a press conference, Hugh said: “I think for many, many years, as a parent the job was to appear strong and dependable and never worried, and I don’t want to burden my child, but certainly since this movie I’ve changed my approach.”