Home » Celebrities » How to Break a New Artist: Start a Fiction Podcast? 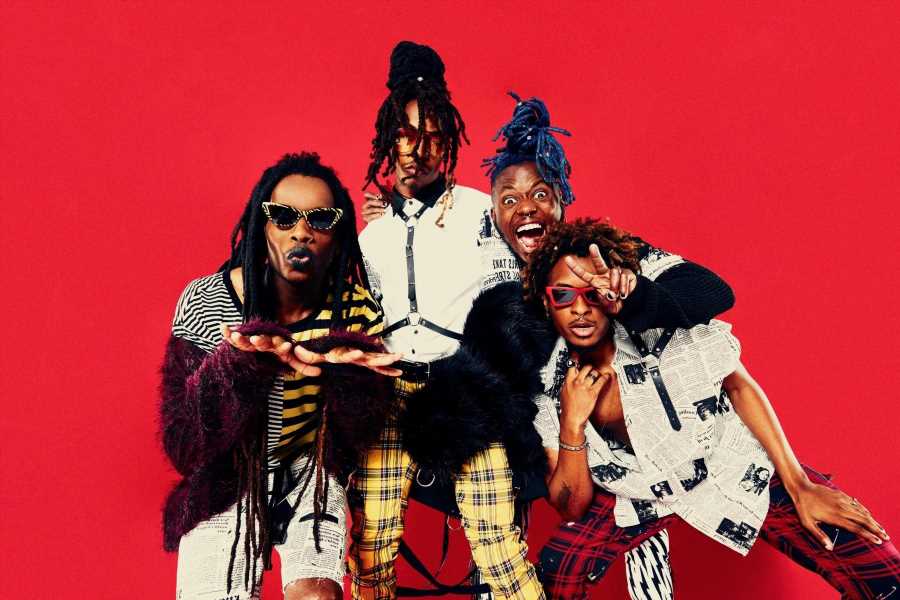 How to Break a New Artist: Start a Fiction Podcast?

Hero the Band is looking for its big break. In a different kind of year, the Atlanta rock quartet, a recent signing for Jason Flom’s Lava Records, would be hitting the festival circuit to pick up an opening gig for a bigger act and build up their fanbase in person. With the pandemic stretching its dark shadow over the entire live music circuit, the band and the label have veered toward much less orthodox plan: They’ll roll out an album in the form of a scripted narrative podcast.

Sonic Leap, the name of the record and the podcast, is the brainchild of Jared Gutstadt, the CEO and founder of podcast company Audio Up and a longtime songwriter better known as “Jingle Jared” from his days running his old company Jingle Punks. At a time when podcasts are fetching multi-million dollar exclusivity deals from companies like Spotify and iHeartRadio, Gutstadt, Audio Up, and Sonic Leap are embarking on a fresh experiment to actually break a bonafide hitmaker on a podcast — turning the medium into a discovery tool as well as a place of cultural conversation.

Pre-pandemic, Flom had told Gutstadt about Hero the Band and Gutstadt ended up flying to Atlanta to write some songs. Later, Gutstadt pitched Flom a full-fledged musical podcast, with a scripted fictional plot that would introduce a new song in each episode. He and his team created a fake origin story for the band — a storyline, reminiscent of Back to the Future, in which four brothers who feel outcast from their musical contemporaries journey backward into the Eighties —and enlisted a star from the show Black-ish to play the lead role.

“I always said podcasting could be an artist development tool, but it left a lot of people scratching their heads… We’re making rock & roll high school”

“I always said podcasting could be an artist development tool, but it left a lot of people scratching their heads,” Gutstadt, who previously worked on podcast projects with Bob Dylan and Machine Gun Kelly, says. “They didn’t get it and would ask ‘what are you going to do, have a podcast where artists talk about their new music or make some nine-part documentary on a band no one’s heard of?’ But really, with Sonic Leap, we’re making rock & roll high school, giving people a way to discover the music of Hero the Band at the same time as we make them characters and let their personalities shine through.”

Flom works in the podcast space through his own podcast, Wrongful Conviction, which focuses on social justice. But, he says, if anyone other than Gutstadt had pitched the concept, he’d have thought it crazy. “Jared has his very weird, magical energy, and he’s one of these rare guys who comes with crazy ideas and actualizes them,” he says. “I’m in the podcasting business and thought that if we can bridge that gap, we can really make an impact. And with the world closed, we needed something different — especially with rock & roll, where it’s very difficult not being able to play live.”

Last year, the pair presented Sonic Leap to Avery Lipman, president and COO of Republic Records (which distributes Lava Records). They weren’t sure how he’d react: “Avery’s very pragmatic and willing to try new things, but when you’re hearing [this] idea for the first time, it sounds a little crazy,” Flom recalls. But Lipman believed in the idea, too, and Gutstadt — while declining to give financial specifics — says Republic offered a “mid-six-figure” budget for the podcast’s development. Sonic Leap is now slated to come out this fall, and features surprises like rapper Trippie Redd joining in on its main focus song, “Might Find Love.”

Gutstadt’s first usage of podcasts as a ballast for music was in his 2019 production “Bear and Banjo,” created alongside prolific songwriter Poo Bear, and with collaborations from Bob Dylan and T Bone Burnett. Gutstadt had originally intended to make a more standard album — but no label was interested, and eventually he realized he’d accidentally made a musical. Seeing that iHeartRadio had recently doubled down on its podcast department, Gutstadt turned “Bear and Banjo” into a podcast, and has since developed projects including “Halloween in Hell” featuring Machine Gun Kelly and 24KGoldn. But Sonic Leap is his first attempt to break a band with a label.

Audio Up’s model is gaining traction, at large. Prom in Hell, which features Jxdn and viral TikTok beatmaker Ricky Desktop, topped both Apple and Spotify’s podcast charts when it launched in May. “Love Race,” which Gutstadt co-wrote with songwriting partner Jeff Peters, became Machine Gun Kelly’s latest single after he heard the track while at Gutstadt’s studio for the Halloween in Hell recordings, and broke through Billboard’s rock airplay chart.

But the business potential of podcasts as discovery mechanisms still needs to be proven. Musical podcasts are an expense without a guaranteed cash return, and rising artists and labels aren’t about to make blind bets. Gutstadt hopes, though, that Hero the Band can become a a group whose success is popularly tied to the podcast as a platform — the same way Justin Bieber’s can be attributed to YouTube, or Lil Nas X’s to TikTok. And the biggest value proposition for musical podcasts isn’t their use as another marketing avenue: It’s their opportunity to create new intellectual property and drive brand deals through content partnerships with major corporations, like Unilever or Nike. “We have the ability to tour these things in a podcast-palooza type of spectacle, and take them to film and TV too,” Gutstadt says. “And instead of focusing on doing one, if it works, this is really an at-scale creative business.”

“I’d think to myself, ‘Shit, man. There’s something very smart about what the Jonas Brothers are doing.’ They basically picked an ecosystem to handle all of their marketing, all of their promotion, everything”

Credit where credit is due: Disney first perfected the model of putting somewhat fictional versions of rising music artists — like Miley Cyrus, the Jonas Brothers, and Christina Aguilera — on sitcoms and variety shows, and turning them into global brands that would bolster the company’s intellectual property empire. “There’ve been many people that cringe at the Disney model, but I was an editor for the Jonas Brothers early on when they were doing their Camp Rock stuff and I’d think to myself, ‘Shit, man. There’s something very smart about what the Jonas Brothers are doing,’” Gutstadt says. “They basically picked an ecosystem to handle all of their marketing, all of their promotion, everything. They created their content, and it was distributed seamlessly across TV, Disney radio, Disney events, Disney brands. I always thought, there’s something there.”

The core of Disney’s idea, however, has always been on the screen. Gutstadt is hungry for an audio version of the Hannah Montana-esque success. But he isn’t alone.

Spotify also wants to turn its podcasts into TV shows and movies. And record label Def Jam recently signed on to supply several upcoming acts, such as Bobby Sessions, Saint Bodhi and Nasty C, for Here Comes The Break, a scripted interview-style podcast from production studio Double Elvis. In the show, real-life Def Jam artists speak to a fictional interviewer named Ruben, who is played by Emmy-nominated actor Asante Black.

Jake Brennan, owner of Double Elvis, says he’s had discussions with all three of the major labels — Universal, Sony, Warner — and has discussed programming around newer artists along with leveraging existing IP from older catalog artists. And Rich Isaacson, before stepping down as Def Jam’s general manger, told Rolling Stone in May that he foresees a new music-industry rush into podcasting. “A lot of record labels are going to get involved with creating podcasts, and they’re going to be much more creative than simply reacting. Why didn’t we do it sooner?” he says. “I think there’ll be a lot of thought about how to incorporate our music and our artists into more programming like podcasts — that’s certainly going to pick up. This is an exciting test.”

How much does a heat pump boiler cost?