Home » Celebrities » How ‘PEN15’ Production Designer Grace Alie Turned Back The Clock To The Early 2000s: “We Had A Lot Of Trips Down Memory Lane”

How ‘PEN15’ Production Designer Grace Alie Turned Back The Clock To The Early 2000s: “We Had A Lot Of Trips Down Memory Lane”

As production designer of the Hulu series PEN15, Grace Alie didn’t need to go far for research and inspiration. Along with a crew that also grew up in the early 2000s, Alie was able to work off their personal experiences to recreate their childhoods. Maya Erskine and Anna Konkle created and star in this cringe comedy series on Hulu, where they play 13-year-old versions of themselves, aside actual 13-year-old actors, in 7th grade in the early 2000s. Due to budget constraints in season one, location scouting was the biggest challenge. After the success of the first season, Alie was able to build replicas of the sets on a stage, which brought its own set of challenges.

DEADLINE: What was the research process like and how much inspiration came from the memory of your own childhood? 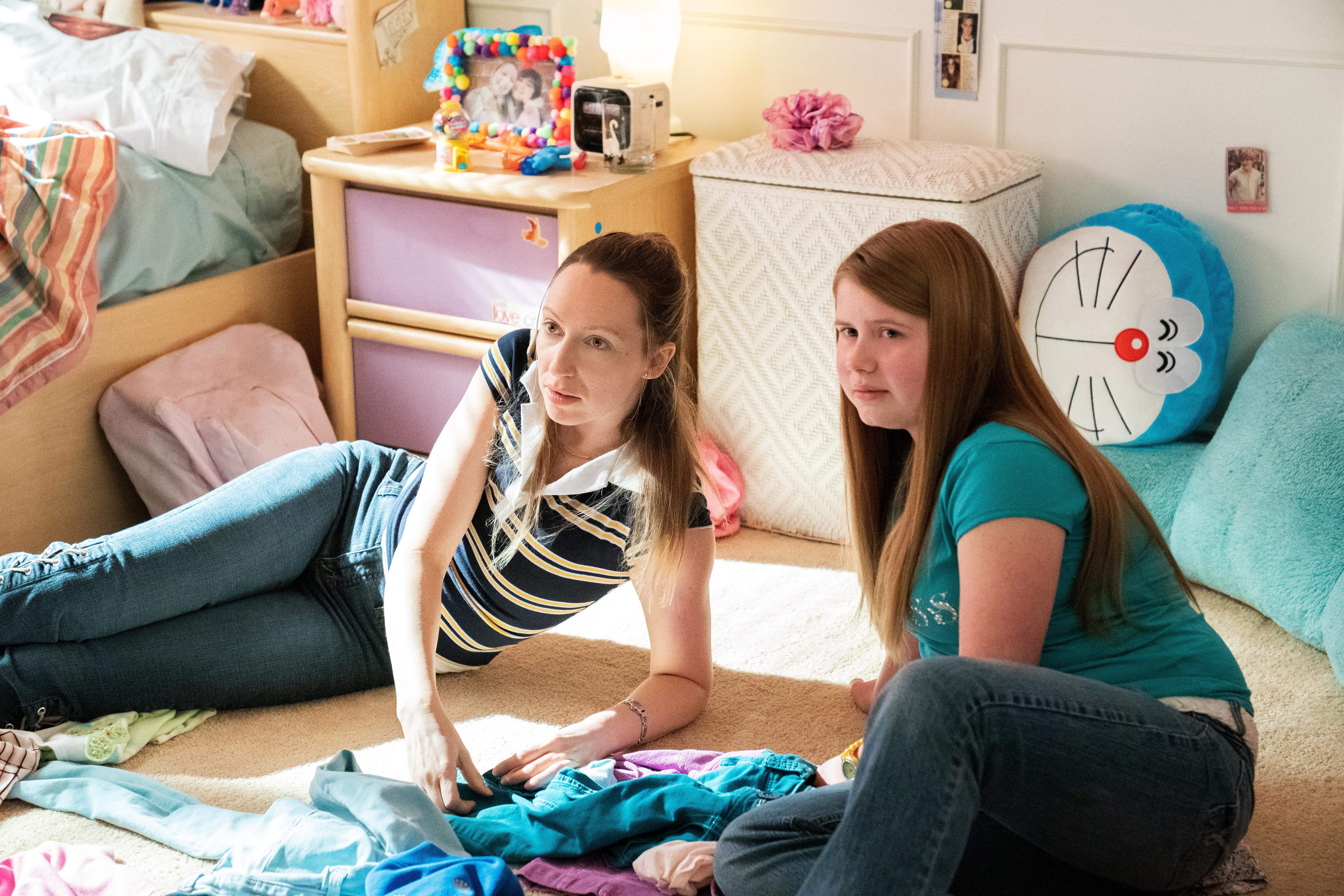 GRACE ALIE: Well, a lot of it came from my memory. I’m around the same age as Maya and Anna. I went to junior high in the early 2000s and most of my team and crew are around the same age as well, so we had a lot of trips down memory lane. For research, we went to the library in downtown Los Angeles, and we would rent out different magazines from that era and just flip through the pages. We got a lot of good ads for electronics and what the home decor was, like the different trends and fashions. And then we also visited a lot of shows from the early 2000s, like Are You Afraid of the Dark and Lizzie McGuire, and pulled from that as well. I remember I posted on Instagram asking people to send me their childhood bedrooms from that era, and it was really fun to see everyone’s different styles, what they would do to their bedroom walls and the knickknacks they had around and how they decorated it.

DEADLINE: Can you talk about the different challenges between season one and season two?

ALIE: I think the biggest challenge was budget for season one because it was definitely a passion project. We had to be really resourceful and crafty with how we spent our money and what resources we needed to invest in to bring the highest production value to the screen. To me, that was definitely finding the right locations. We rented a truck and drove it up to Palm Springs to comb through all the thrift stores and the estate sales and consignment shops to find really good pieces to bring back to create these environments. I would say that was the biggest challenge for season one but, for season two, we had more money and we got to build all these amazing sets on stage, which was very exciting for me.

I think that recreating Maya and Anna’s bedrooms was pretty seamless. Like in Maya’s bedroom, we had to recreate a lot of things like the wallpapers, so we had a graphic designer basically remake the wallpaper and print it. We made all the wainscoting and all of these very unique light fixtures and moldings and baseboards that aren’t really in production anymore. We remade all of it to match season one. With Anna’s bedroom, the sponge painted walls have aged over about 20 years, so copying and recreating what was in the actual location onto the stage and getting the right scenic work was challenging. Like recreating hardwood floor that doesn’t exist anymore was a fun challenge to do, and I think when you watch season one and season two, it’s pretty seamless. You don’t really notice that one was on location and one was on stage. And then, we got to come up with a lot of different fun and crafty things to save on budget and space on the stage. We have the basement set of Maura’s (Ashlee Grubbs) house, where we shot her actual house on location, but since Los Angeles doesn’t have very many basements, we created one on stage where we matched all of the wood furniture from the kitchen cabinets and made a built-in kitchen bar to create those spaces and make it feel cohesive with the house. We also repurposed that for another basement set later in season three and for Curtis’s (Taylor Nichols) apartment. So, we really became quite thrifty with how we used our resources.

'The Bachelor': Stars Pieper James and Brendan Morais Are Reportedly Dating and 'Just Having Fun'

You can now stay at the Palace of Versailles as first ever hotel opens – but will set you back £1.5k a night
Entertainment