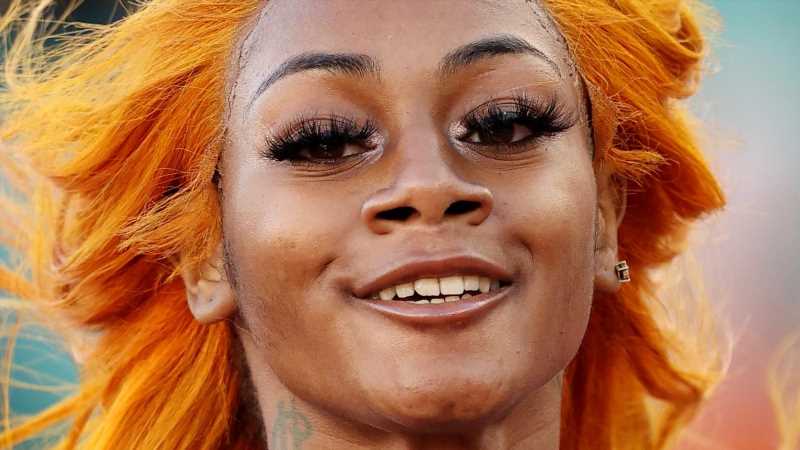 Sha’Carri Richardson captivated America when she won the 100m final at the U.S. Olympic Trials in Eugene, Oregon, and she did it in style. As the fleet-footed sprinter smoked the field, her orange hair streamed behind her. Her bold look was a hit on Twitter, where fans also praised her long, fluttery eyelashes and acrylic nails. Combine all of this with a fiery spirit to match, and she achieved instant icon status.

Right after the event, Richardson spoke to NBC Sports and expressed pride in her performance. “I just want the world to know that I’m THAT girl,” she said. She also promised her fans that she was always going to leave it all out there on the track. But the celebration of her success would be short-lived. Her Olympic dreams were dashed when a post-race drug test came up positive for THC (via the United States Anti-Doping Agency), and her results in the Trials were disqualified. She accepted a one-month suspension that began on June 28. It was reduced from three months because she completed a substance abuse treatment program.

Some fans held out hope that Richardson would still be able to compete at the Tokyo Olympics as a member of the women’s 4x100m relay team, but her last chance at going to the games was also taken from her when she was left out of the relay pool (via CNN).

What made Sha'Carri Richardson's performance even more impressive 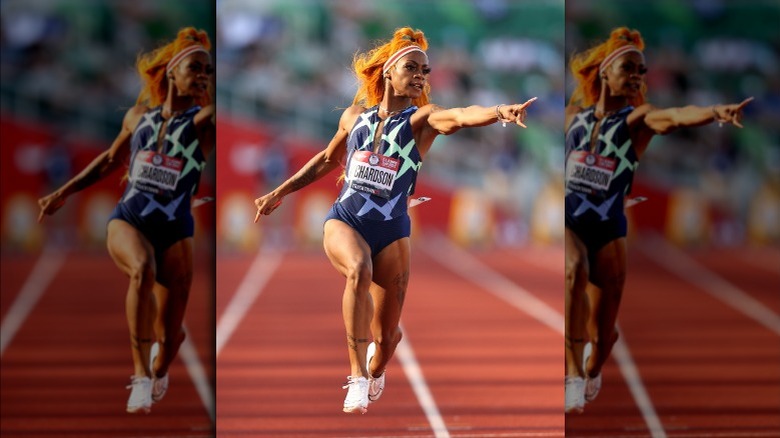 Sha’Carri Richardson became the fastest woman in America when she crossed the finish line with a time of 10.64 seconds (via Harper’s Bazaar). Her disqualification for using marijuana had some Twitter users joking that this made her victory even more spectacular, because the drug is not known for improving athletic performance. However, it was also impressive for another reason. During an interview with TODAY, she revealed that the death of her biological mother a few days before the trials had her in “a state of emotional panic.” “People don’t understand what it’s like to have to … go in front of the world and put on a face and hide my pain,” she said.

Richardson had a message for those who were disappointed in her. “I represent a community that has shown me great support, great love, and I failed you all,” she said. “So I apologize for the fact that I didn’t know how to control my emotions or deal with my emotions.” Her fans can only hope that her disqualification makes a difference. In a statement, USA Track & Field admitted that its THC rules “should be reevaluated,” and Richardson now has a large number of celebrities in her corner, including Cardi B, Halle Berry, and Seth Rogen. She also is not letting her devastating losses discourage her. She tweeted, “I’m sorry, I can’t be y’all Olympic Champ this year but I promise I’ll be your World Champ next year.”

Two Bodybuilders Went Grocery Shopping for the Week With Just $50