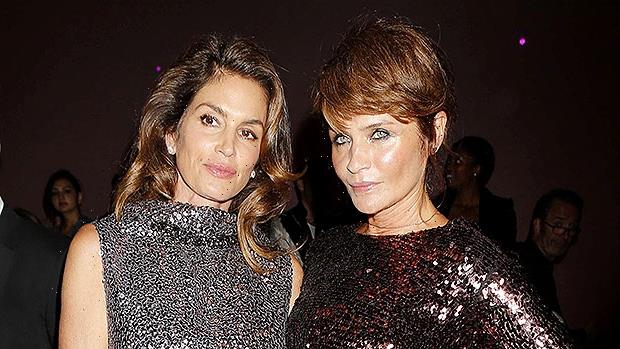 Helena Christensen and Cindy Crawford just proved once again why they are the OG Supermodels. The 90s catwalk queens look as good as ever in a stunning new selfie.

Cindy Crawford, 55, and Helena Christensen, 52, met up in NYC and commemorated the nostalgic moment with a selfie. Cindy shared the pic of the iconic duo to her Instagram page on April 15 and the love from fans, and fellow models, quickly poured in.

In the snap, taken outside SoHo’s Balthazar Restaurant, the  the two brunette beauties hug each other close as they ‘smize’ for the camera. Helena’s hair is pulled up in a lose bun, showcasing her flawless bone structure. Her percent pout is bright red, for that signature touch of glam.

Cindy’s hair is hanging lose and cascades past her shoulders. Her almond brown eyes pop for the camera and her skin glows with health. The mom of two captioned the pic, “A quick trip to NY for work means I get to squeeze in a dinner with @HelenaChristensen. Missed this.”

Cindy and Helena were among a select group of models in the 1990s that first inspired the moniker ‘Supermodel‘. Helena started her modeling career after winning the Miss Universe Denmark title in 1986 and became one of the most famous modeling faces in the 1990s. She has also branched out by designing fashion and co-founding Nylon magazine, which was published from 1999 to 2017.

For her part, Christy’s career started when she entered the Elite Model Management’s Look of the Year contest at 17 and was the runner-up. But it wasn’t until two years later, after she had earned an academic scholarship to study chemical engineering at Northwestern University and subsequently dropping out that she pursued a full-time modeling career.

Naomi Campbell, Paulina Porizkova, and Christy Turnlington were famously a part of the Supermodel set. And Christy was among those to comment on the photo. “Missed you ladies,” she wrote, along with a crying emoji. Tyra Banks, another 90s top model, commented too. “Super Girls. Scratch that. Super Women,” she wrote.

Looking at the photo it’s clear that time has not diminished Christy and Helena’s striking beauty –it’s no wonder they are both still booked and busy all these years after they first took the modeling world by storm.