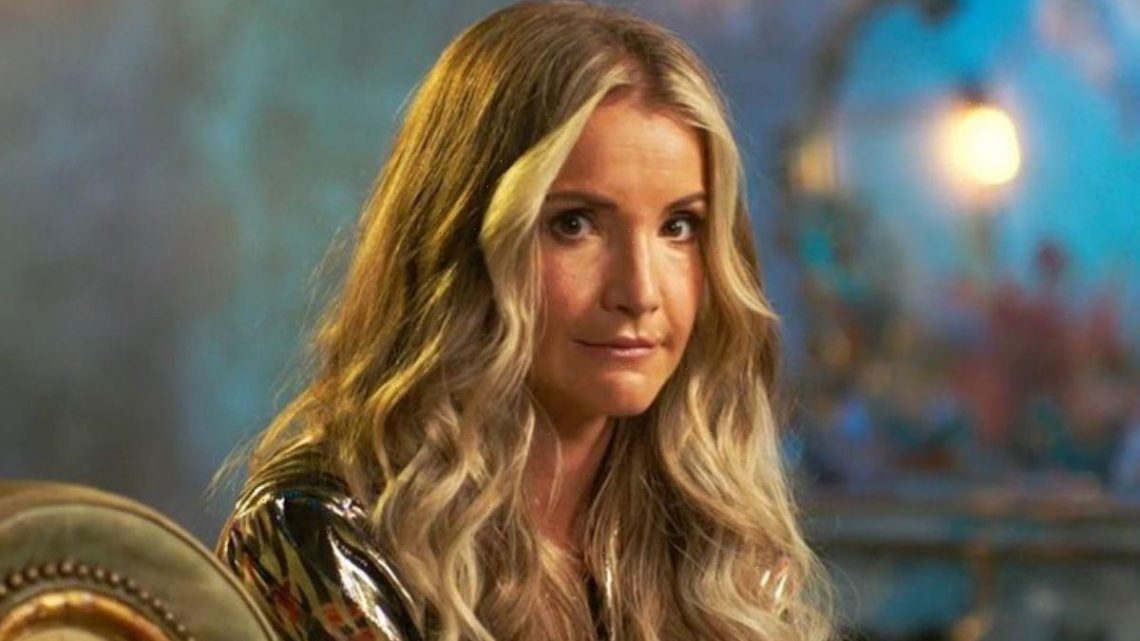 Strictly Come Dancing star Helen Skelton might be projecting an image of effortless glitz and glamour but behind the scenes she’s been harbouring secret trauma. Not only did the former Blue Peter favourite endure the break-up of her family recently when ex-husband Richie Myler left the family home, but two of her cousinsdied, leaving her devastated.

However, Helen, 39, admitted that some of the family heartache she’d seen in her Blue Peter days had put life into perspective for her, and made it difficult for her to think “woe is me”.

She’d interviewed kids for Children In Need whose parents had suffered with serious conditions including agoraphobia and schizophrenia, and she’d seen young people undergo painful surgeries for facial disfigurement.

However, the Strictly Come Dancing fave has endured heartbreak of her own, after losing two cousins – one to breast cancer and one to a tragic accident.

“I’m a family person. I had that kind of childhood where I spent summer holidays with all my cousins – and it’s s**t, there’s no two ways about it,” she lamented.

She also admitted that she found it hard to open up about her bereavement struggles, due to the reliance her family has on a stoic attitude.

“My family are that sort of Cumbrian stoic, stiff upper lip, and if I sat here and talked about it they wouldn’t like it,” she continued in an interview for the Telegraph.

Yet she felt so strongly about her losses that she even chose her baby’s middle name, Kate, as a tribute to one of the cousins, who died in her mid 20s.

She revealed that baby Elsie – her third child with ex Richie Myler and her only daughter – was always going to receive the moniker in a tribute to the late relative she had loved so much.

“I was really close to her, she was a scientist and crazy cool,” she told Hello! magazine after Elsie’s December 2021 death.

Helen had experienced a strong premonition that she’d be having a girl – even to the point that she opted to paint the nursery pink before finding out her baby’s gender.

“I was convinced I was having a girl. Now I am totally embracing the pink,” she chuckled at the time.

“With a rugby player and two feral boys, my world is testosterone-filled enough!”

Meanwhile, Helen addressed her bereavements further in a heartfelt interview with the Belfast Telegraph.

“Losing two cousins who were really close to me altered my perspective on life massively,” she admitted.

“One didn’t even get to the age I am, and nowadays I’m just grateful for every extra year I chalk up on earth, and enjoy life as much as possible.”

She explained the trauma means she’s less inclined to “sweat the small stuff” and she tries not to care what others think of her.

When trolls criticise her wardrobe, she has a tendency to let the insults go and focus instead on more important aspects of life.

“My elder cousin was in her 30s and had breast cancer, and my other cousin died in a tragic accident in her mid-20s,” she revealed.

“We’re a close-knit family and it was traumatic for everyone.”

In spite of that, she’s determined not to feel sorry for herself, declaring: “Should I be sitting at home in my bedroom crying about what I haven’t got? No! I’ve got f***ing loads! I’m on the best, most fun show on telly with loads of my mates!”