But Helen Flanagan took some time off from mummy duties today as she headed to the Royal Ascot.

The 28-year-old actress opted for a chic ensemble while she joined a whole host of celebrities for the glitzy event.

Helen looked sensational in a smart white fitted blazer and matching trousers which were lined with gold stud detailing.

She teamed the stylish ensemble with a flirty black lace camisole, teasing her mega curves.

The star – who shares daughters Matilda and Delilah with her fiancé Scott Sinclair – stuck to the traditional dress code with an elaborate black hat which featured a large bow on top.

She added a pair of sky-high black strappy stilettos for a bit of extra height and a fashionable Dior handbag.

As for makeup, Helen opted for a typically glam look. 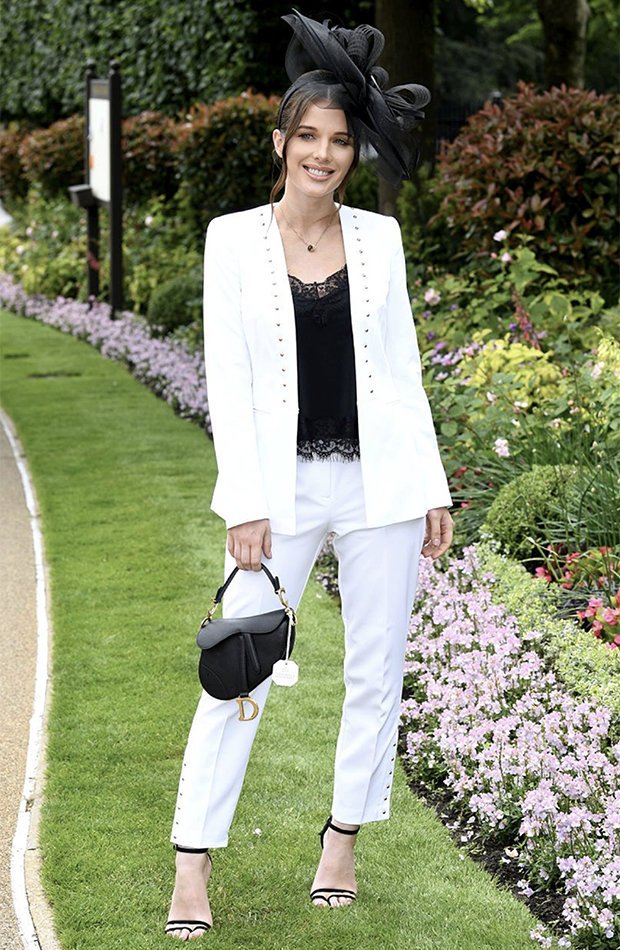 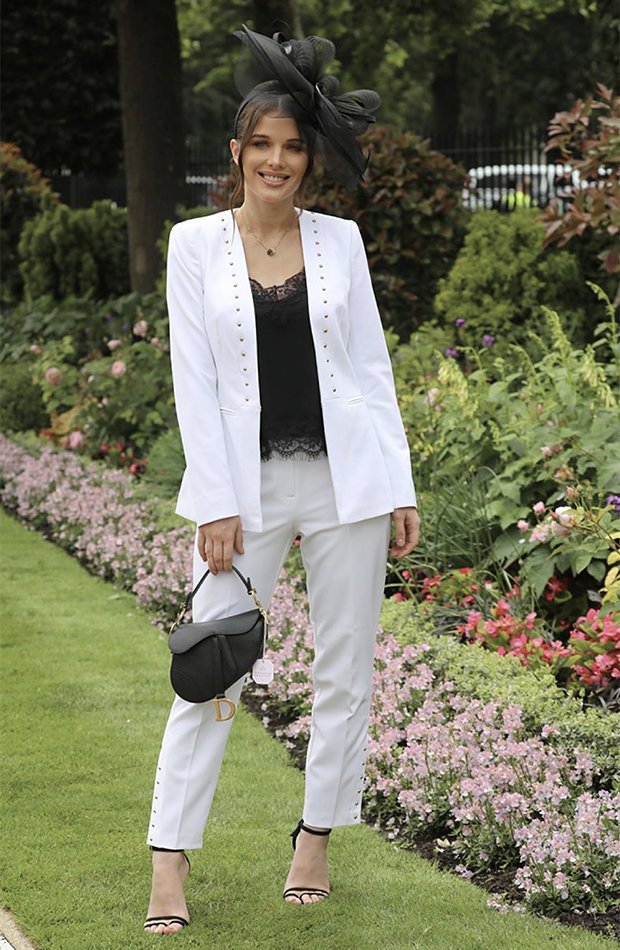 The TV beauty donned a slick of gold eyeshadow and lashings of mascara along with a soft pink glossy lip.

She finished things off by sweeping her brunette locks back into a sleek up ‘do, leaving two strands of hair down at the front, framing her striking face.

Helen’s latest outing comes shortly after she revealed she is too busy with her two daughters to return to Coronation Street for the time being.

Speaking to Lorraine, the beauty said that due to her living in Scotland while her partner Scott plays for Celtic Rangers, it would be too far to travel. 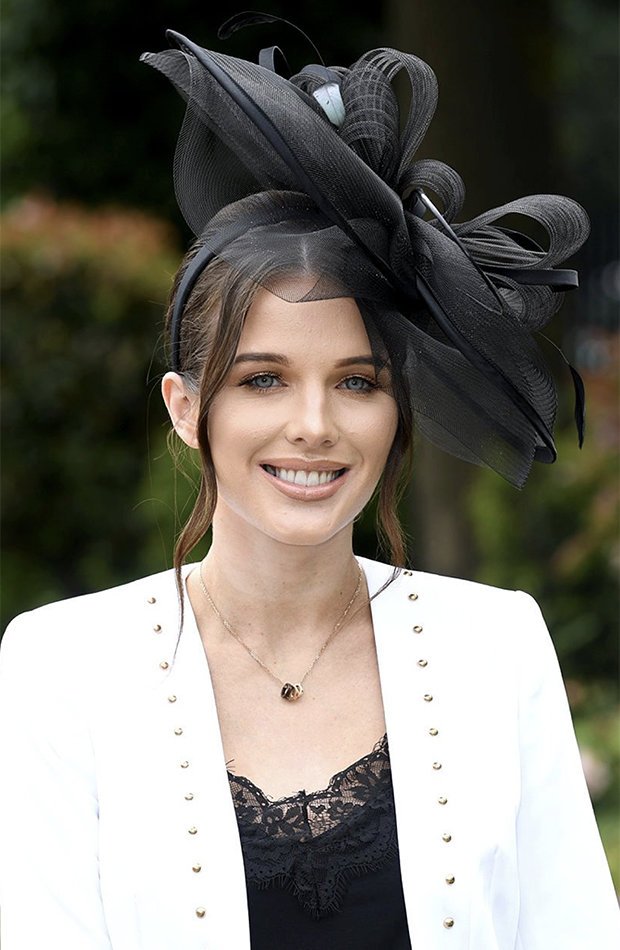 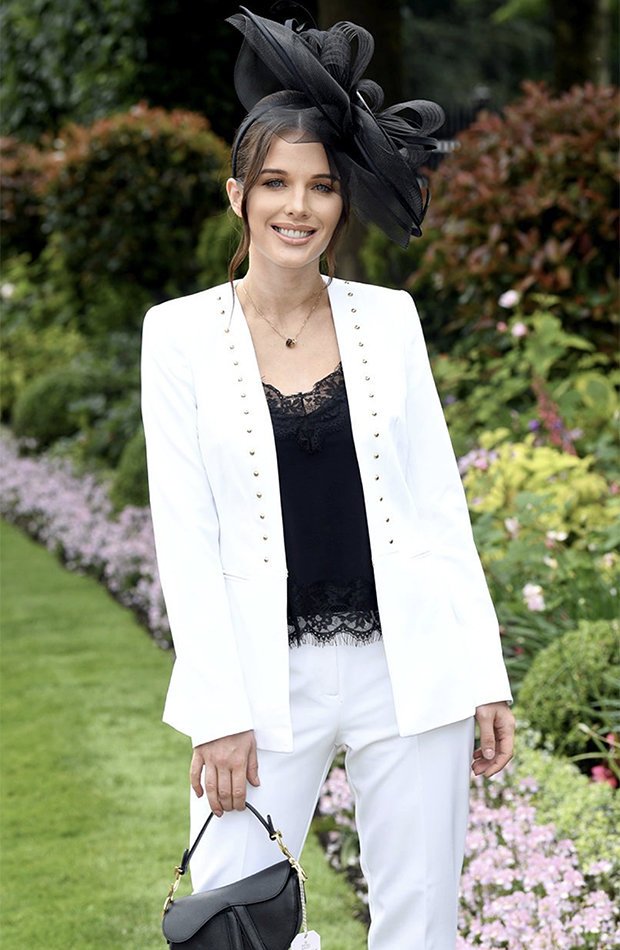 However, she confirmed she will “definitely be heading back” to the cobbles in the future.