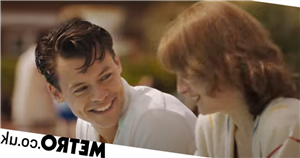 Fans of Harry Styles are in for a treat as the first teaser trailer for My Policeman has landed, and it promises to be a steamy ride.

The As It Was singer, 28, is seen living a double life as a married policeman with a gay lover in the 1950s in Brighton, while homosexuality was illegal.

In the first clip from the film, Harry’s character, policeman Tom Burgess, can be seen looking at paintings in a gallery with David Dawson, who plays museum curator Patrick Hazlewood, as Patrick asks Tom: ‘So, how does it make you feel?’

Viewers then get to see a montage of shots of Tom and his wife, Marion Taylor, played by Emma Corrin, before he steals an illicit kiss in a dark corridor with Patrick as a camera bulb flashes and the scene cuts to Tom and Marion kissing on their wedding day.

Seemingly discovering her husband’s affair, Marion is later seen sobbing as she tears apart some papers, before Tom’s police uniform is seen being burned on a bonfire as he looks on.

The powerful story of forbidden love will show the difficulties gay men faced in the UK in the 1950s. 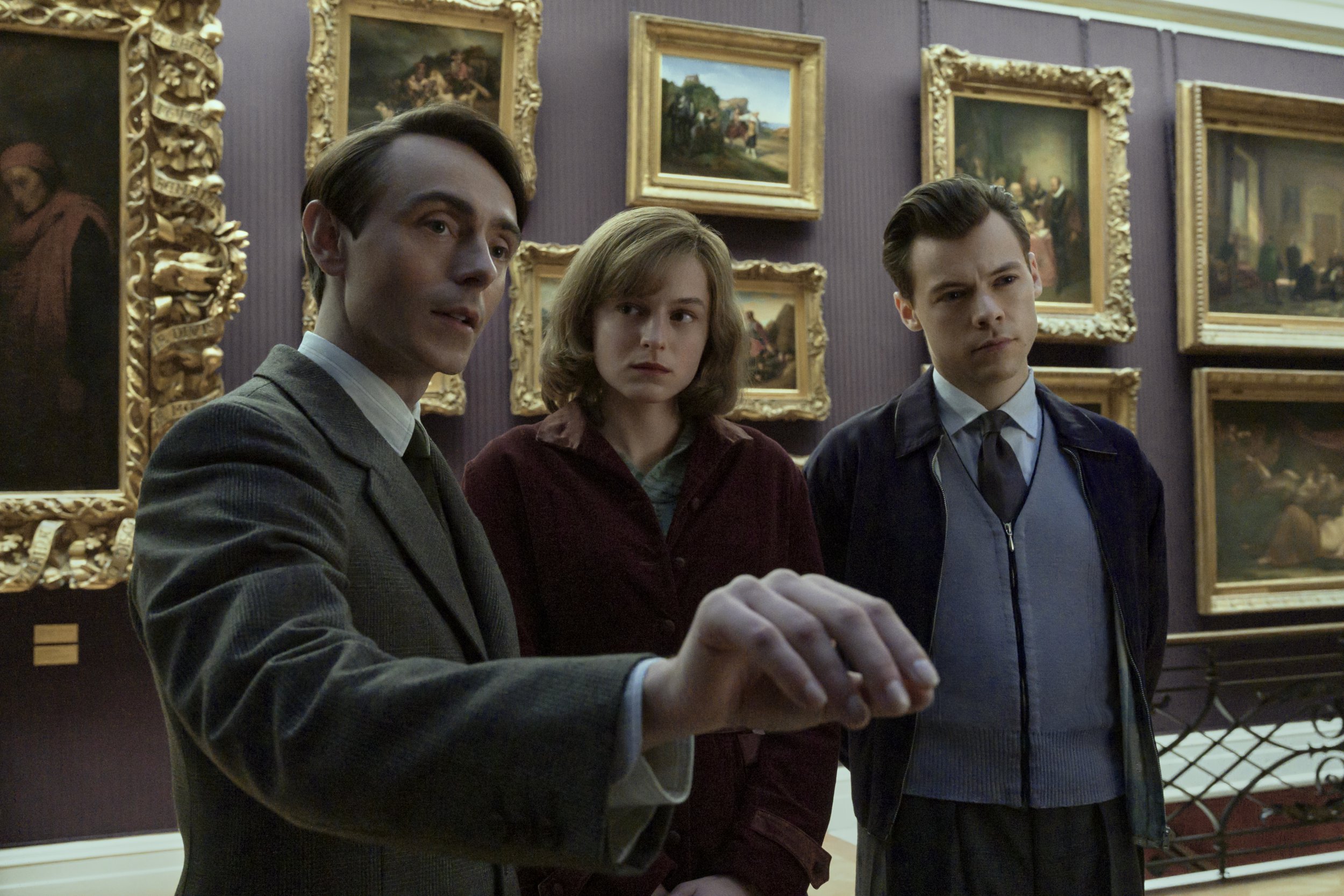 The storyline will also show the characters 40 years later as an older Tom, played by Linus Roache, and Patrick, played by Rupert Everett, are reunited after Patrick suffers a stroke and Marion, played by Gina McKee, agrees to take him in.

Harry previously teased that fans would get to see his bum in the film’s sex scenes but ‘no peen’.

He revealed on The Howard Stern Show: ‘I wasn’t naked in Don’t Worry Darling. I was naked in My Policeman.

‘There’s no peen in the final cut. There’s bum bum… I don’t think the peen was intended to be involved.

‘The peen, it was pre-negotiated that that would remain my own.’

Aside from My Policeman, which is yet to be released, Harry has already had a hugely successful year with his new album Harry’s House hitting number one and his upcoming thriller, Don’t Worry Darling, already pleasing critics.

My Policeman will have a limited release from October 21, 2022, before streaming on Amazon Prime Video from November 4, 2022.