Home » Celebrities » Happy Birthday Walter Mirisch: Oldest Living Oscar Winner With Films Like ‘West Side Story’, ‘The Apartment’, ‘In The Heat Of The Night’ Turns 100 Today

Happy Birthday Walter Mirisch: Oldest Living Oscar Winner With Films Like ‘West Side Story’, ‘The Apartment’, ‘In The Heat Of The Night’ Turns 100 Today

After the 2020 death of Olivia DeHavilland (at age 104) Walter Mirisch became the oldest currently living winner of an Academy Award. Today this legendary producer turns 100 years old and is still going strong. 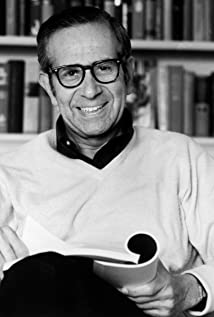 If for some crazy reason you don’t know the name, let me tell you the Mirisch Corporation, which he founded with brothers Harold and Marvin, was sort of the Marvel of its time except it was about much more than comic book superheros, a true independent in the studio system, that turned out hit after hit, many winning Oscars, that provided a safe haven for some of the great filmmakers of the time including Billy Wilder, John Sturges, Robert Wise, Norman Jewison, Blake Edwards, Hal Ashby, George Roy Hill, not to mention films directed by greats of Hollywood’s golden era including John Ford, William Wyler, Michael Curtiz and on and on.

So again, if you don’t know the name Walter Mirisch, maybe some of this film titles help: West Side Story, The Apartment, Some Like It Hot, The Magnificent Seven, The Pink Panther, The Great Escape, One Two Three, The Party, The Children’s Hour, The Russians Are Coming The Russians Are Coming, Irma La Douce, The Fortune Cookie, Hawaii, Fiddler On The Roof, Midway, oh and In The Heat Of The Night for which Mirisch took the 1967 Best Picture Oscar on a film he personally produced for his company.  And believe me this is just a very partial list. There were also back to back Best Picture Oscars in 1960 for Apartment and 1961 for West Side Story, a remarkable achievement for any company. 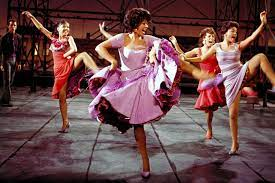 In addition to the milestone of turning 100, this Fall also marks the 60th anniversary of West Side Story which holds the distinction with 10 Oscar wins  (not to mention an honorary statuette for the choreography of Jerome Robbins) as the most honored movie musical in the history of the Academy Awards. The movie holds such power that it has taken none other than Steven Spielberg to even attempt a new screen version for his first-ever musical some six decades later, and we will see the results when it opens next month. Of course one of the first people he contacted before doing it was Walter. 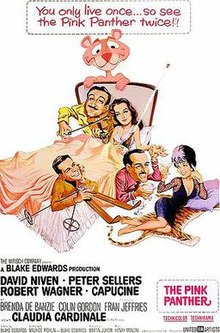 And by the way the credits aren’t stopping for Mirisch after just his first hundred years. As Deadline reported he will have an Executive Producer credit on MGM’s planned live action/animation reboot of The Pink Panther, the Blake Edwards classic that since its 1964 debut has spawned numerous sequels and remakes and tv iterations in the popular culture (Mirisch’s son Larry will also have a producer credit keeping it all in the family tradition).  Some Like It Hot, the 1959 Wilder classic that many (including this writer) consider the greatest comedy ever made, is getting its second Broadway musical adaptation. Wilder’s The Apartment also spawned a successful Broadway musical, but let’s hope no one dares to actually remake those movies. You can’t improve on perfection. The Magnificent Seven spawned many sequels, a tv series, and a Denzel Washington remake (on which Mirisch also had an EP credit). There is also a new screen version of Fiddler On The Roof in development. The 1971 original earned the Mirisch Corp its final Best Picture nomination, a tough act to follow.

Mirisch wrote a 2008 autobiography (written when he was a mere 88)  that features him on the cover with all those Oscars and his Thalberg Award. Mirisch in fact was also President of the Academy of Motion Picture Arts & Sciences from 1973 to 1977 and has been an influential voice over its many decades.

I was honored to tribute Walter Mirisch in 2014 when we presented him with our Lumiere Award of the KCET Cinema Series that I host, followed by a 35MM screening of his 1960 Magnificent Seven.  At that time I interviewed him on stage and was struck by the remarkable recall he had for his entire career even at age 93 at the time. We should all be so lucky. 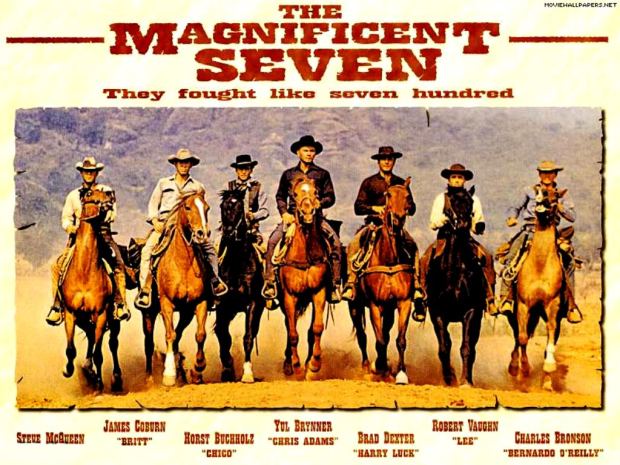 “You know somehow or other receiving awards never get old,” Mirisch laughed when presented with the Lumiere.  “This is a wonderful evening. It gives me a great opportunity to see one of my really treasured memories, The Magnificent Seven, which is a really milestone film in my career and in my life.”

I asked him what the secret was in making movies that still hold up and are revered decades after their release.

“Well, that’s what classic movies are, I guess, a lot of these and that’s really the exciting thing about having lived to this ripe old age. You get to see how succeeding generations react to your films and to the things you wanted to say to audiences. And it’s particularly true of West Side Story and the message of West Side Story, which that message needs to be repeated again and again because we still haven’t learned our lessons and I had hoped,”  he said then in kind of presaging Spielberg’s upcoming version. 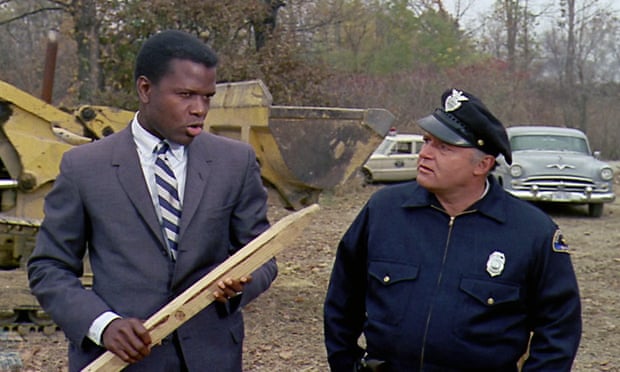 “And In The Heat Of The Night, which attacked the racial issue right in the heart of the civil rights revolution, I hoped would make a real contribution to better understanding and tolerance, and so forth. And I don’t know, I guess, I like to think that it made some contribution, but certainly it hasn’t solved the problem yet. That problem, of course, is still with us as we see in the headlines of our newspapers today. However, motion pictures, besides entertaining, can be tremendously, tremendously important in educating people because it is a way to make people understand issues, well, in a way that’s easy to accept…I think that picture needs to be shown more often and people need to see it and understand it and learn the lesson of In The Heat Of The Night.” 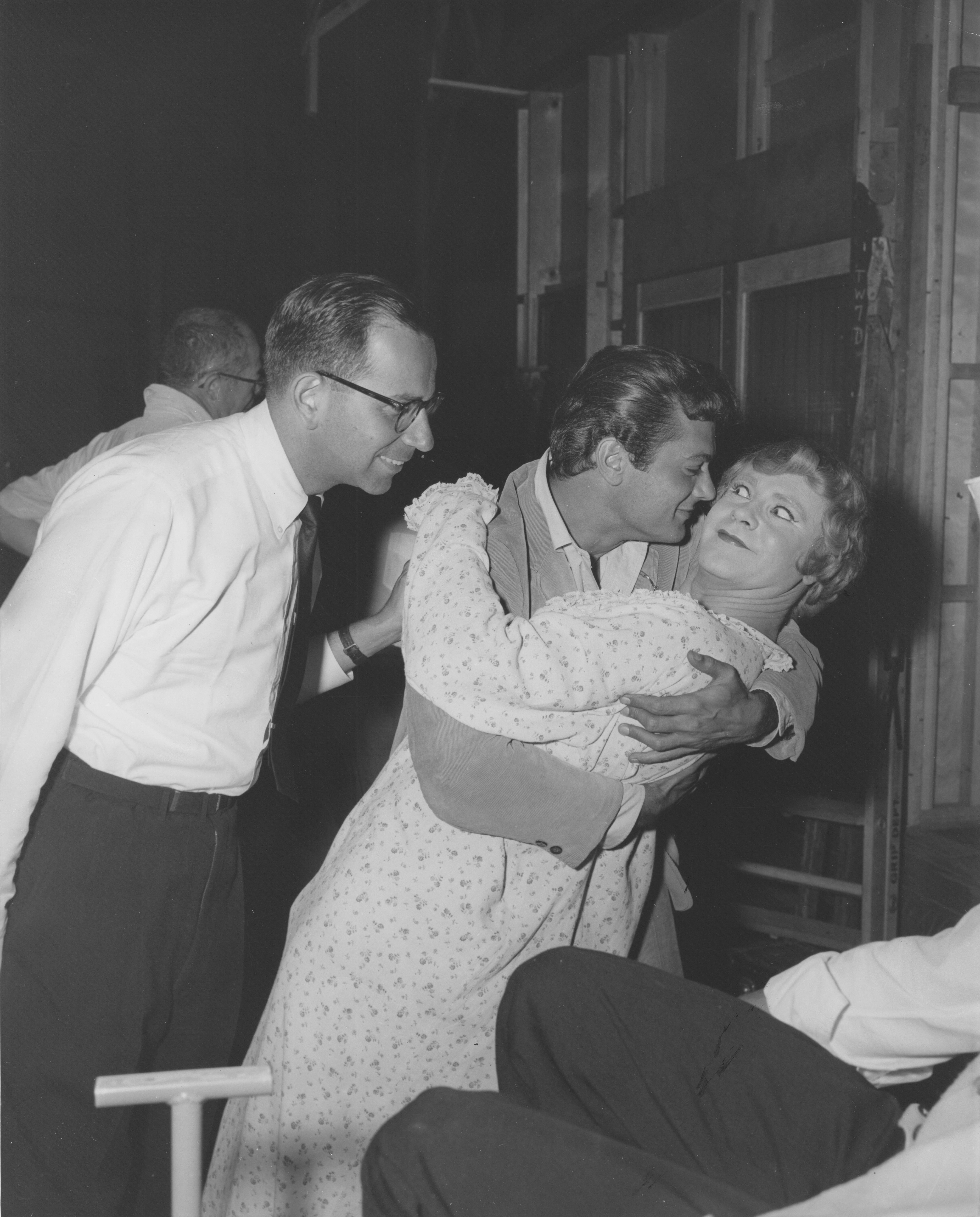 He made eight pictures just with the great Billy Wilder alone, from Some Like It Hot in 1959 to the charming underrated Avanti! in 1972. But as he explained there was much more than the films. “However, the important thing in my career was not making those movies. Well, not just making those movies with Billy Wilder. What was more important was having a thousand lunches with him. He was the most interesting, stimulating, brilliant man I have ever known,” he recalled.

The title of his memoir, “I Thought We Were Making Movies, Not History” certainly represents the modest filmmaking philosophy he always had (even from his early days in the late 40’s  at Monogram turning out B Pictures like Bomba, The Jungle Boy), and a realization of a Hollywood that now seems in the rear view mirror when these masters of the medium were making movies,  real movies of all stripes, not just the same color over and over for the conglomerates that now own the industry. The Mirisch Corporation which released most of its films through United Artists later became the independent model still used today,  and it was way ahead of its time, maybe a reason why so many of their films have stood the test of time and are still trying to be replicated in all sorts of ways. It’s nice to know one of the pioneers of the business is still among us, and still vibrant even as that is all happening. In fact some time back while talking to his son, who runs his own agency, he casually mentioned his dad was fine and  just recited the Gettysburg Address earlier that day just to stay sharp (!) 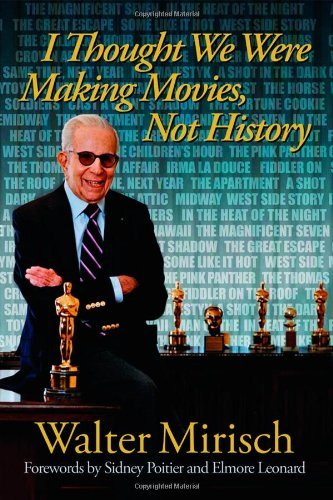 If you want to read an engaging and fascinating book about the business you should check out Mirisch’s.  Oh, and as for that title he explained to me it came from a conversation with a long retired John Sturges, director of Magnificent Seven and The Great Escape among others for Mirisch (including an unsung 60’s sci-fi gem The Satan Bug). “He had called me once while I was writing my book and he said he was he was down in Mexico someplace on his boat. And he called me up and he said ‘Walter, I’ve got to write an article that I’ve been asked to do about The Great Escape and I don’t really remember some things that I wanted to write about and I wondered if you happened to still have a copy of the script’,” Mirisch told me as he perfectly recounted the conversation.  “And I said ‘John I can’t believe that you don’t have a copy of the script. This is one of the best movies of your whole life’. And he said ‘what are you talking about? I thought we were just making movies, not history’. And so, that resonated with me and I used the title, with credit to him, for my book.”

History, movie history, is as it turns out exactly what they were making. Happy Birthday, Walter Mirisch. Here is to the next 100. 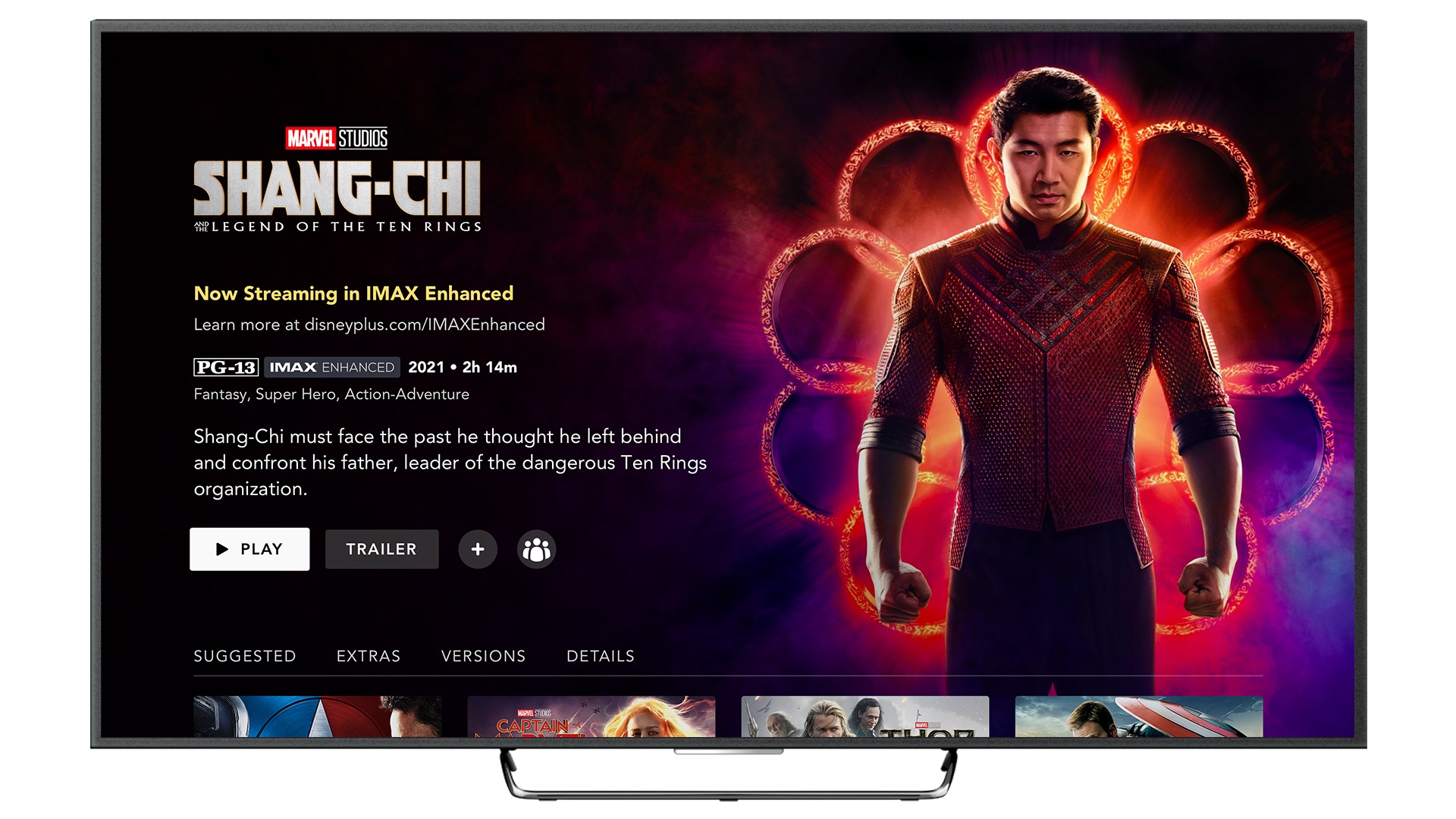