Halsey bears her soul in a revealing new interview for the new “Hot Issue” of Rolling Stone.

The singer, whose real name is Ashley Nicolette Frangipane, opened up about using “sex as a means of survival” during a time period when she was technically homeless. She also spoke about her mental health battles over the years.

When she first discussed being on the streets and sleeping with men in order to secure a place to stay, the singer said that her story suddenly became “this hyperbolized fantasy of ‘Halsey the Hooker,’” though she insists that wasn’t the case.

“I didn’t have a pimp, no one was handing me money,” the 24-year-old told Rolling Stone. “But I was definitely dating dudes I wasn’t into because I could crash at their apartment. I was having sex as a means of survival.”

She added, “I’m lucky that that’s all it was for me; for other women I knew, it wasn’t just that. That’s the point I was trying to make.”

In the interview, Halsey also talks about her experience with bipolar disorder and confronting a recent sexual abuser ― though she doesn’t want to be defined by what she’s been through.

“Then I’m not ‘Grammy-nominated pop star,’ then I’m ‘rape survivor,’ ” she said. “Uh-uh, no. Uh-uh, absolutely not. I have worked way too fucking hard to be quantified or categorized by something like that.” 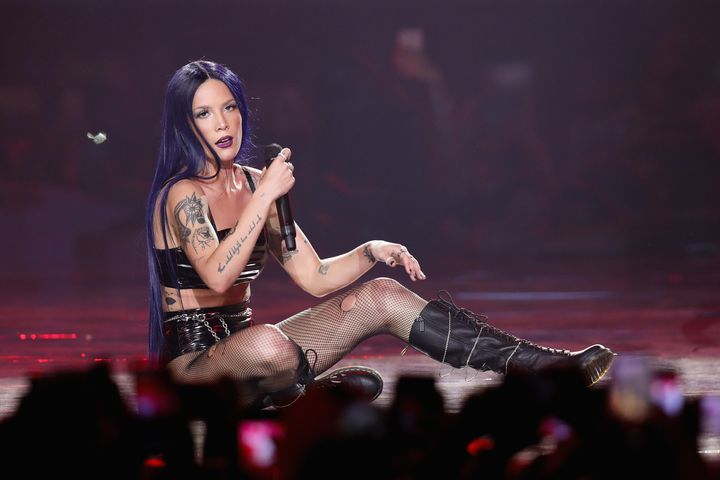 She doesn’t mind opening up about her life though, and says she’s not ashamed of what she’s been through.

“I’ve been committed twice since [I became] Halsey, and no one’s known about it. But I’m not ashamed of talking about it now,” she said, adding that it was her choice to be committed.

“I’ve said to [my manager], ‘Hey, I’m not going to do anything bad right now, but I’m getting to the point where I’m scared that I might, so I need to go figure this out,’” the singer added. “It’s still happening in my body. I just know when to get in front of it.” 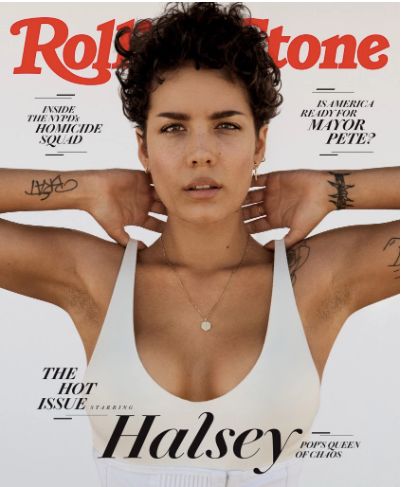 Halsey previously spoke about her sex work as a homeless teenager in April during a speech at the Ending Youth Homelessness: A Benefit For My Friend’s Place in Hollywood.

“When I was living in New York, I was a teenager. My friends were picking out decorations for their dorms, and I was debating on whether or not I should let a stranger inside of me so I could pay for my next meal,” she said at the time.

“But a series of unfortunate circumstances led me to be in that position, and it can happen to absolutely anyone,” she added.

Head to Rolling Stone to read more of her interview.