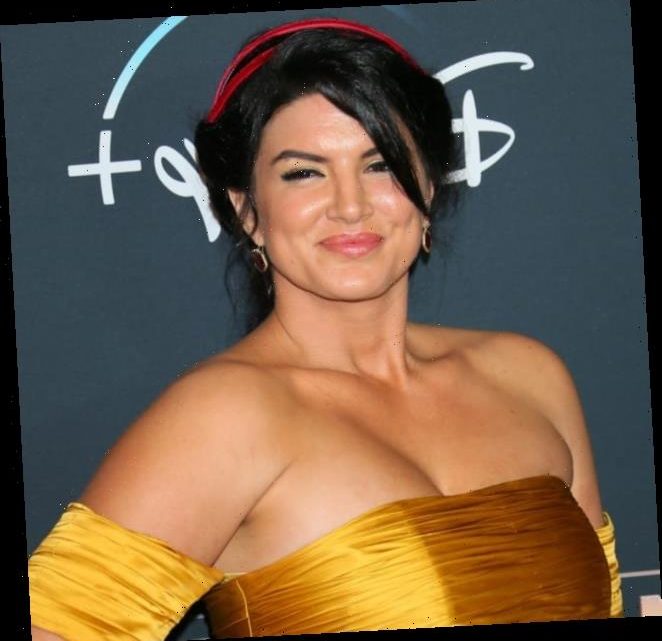 Gina Carano is out a job.

But she isn’t out of things to say.

Earrier this week, the veteran actress was fired from her role on The Mandalorian after having showed support over the past few weeks for racism, transphobia — and even the January 6 insurrection against the U.S. lawmakers.

The final disgusting straw for Disney executives, which led to Carano getting the axe?

“Most people today don’t realize that to get to the point where Nazi soldiers could easily round up thousands of Jews, the government first made their own neighbors hate them simply for being Jews.”

“How is that any different from hating someone for their political views?”

But we somehow doubt we’d be able to explain the differences to Carano at this point.

On Friday, the star announced a new movie project with conservative outlet The Daily Wire… and then released her first statement since being fired.

“The Daily Wire is helping make one of my dreams — to develop and produce my own film — come true,” Carano said in a statement to Deadline.

“I cried out and my prayer was answered. I am sending out a direct message of hope to everyone living in fear of cancellation by the totalitarian mob.”

“I have only just begun using my voice which is now freer than ever before and I hope it inspires others to do the same.

“They can’t cancel us if we don’t let them.”

Some defenders, such as wildly unpopular Texas Senator Ted Cruz, have, indeed, rushed to Carano’s side and blamed the made-up “cancel culture” for her professional demise.

Other critics, who are not playing political games and/or who have a shred of intelligence, realize that actions have consequences.

This isn’t a novel or controversial concept.

Carano, who starred in two seasons of Disney+’s The Mandalorian, is set to develop, produce and star in the aforementioned film, Deadline reports.

On Wednesday, the actress made headlines amid a ‘#FireGinaCarano’ trend… as fans of the series called out Disney and LucasFilm to take action after Carano shared a multitude controversial posts on social media.

“Gina Carano is not currently employed by Lucasfilm and there are no plans for her to be in the future,” a LucasFilm spokesperson said in a statement.

“Nevertheless, her social media posts denigrating people based on their cultural and religious identities are abhorrent and unacceptable.”

She previously came under fire in September after she changed her Twitter bio to read “beep/bop/boop” — which some people thought was a reference to preferred pronouns social media users often include in their profile pages.

“They’re mad cuz I won’t put pronouns in my bio to show my support for trans lives,” Carano said at the time.

“After months of harassing me in every way. I decided to put 3 VERY controversial words in my bio.. beep/bop/boop I’m not against trans lives at all.

As you can see above, though, she has no intention of removing the words that compare the treatment of conservatives in the U.S. to that of Jewish people during Nazi-era Germany.

Good riddance, nearly all Star Wars fans are therefore saying in response to her removal from the franchise.