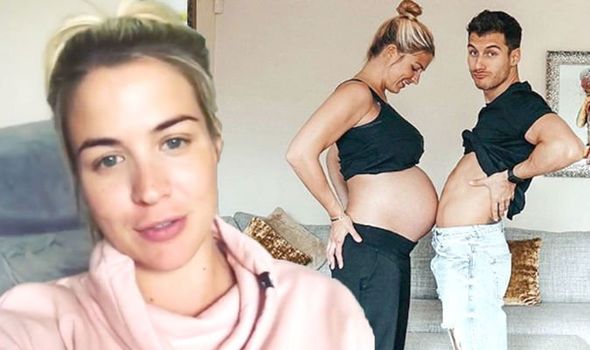 Gemma Atkinson revealed why she was “extremely grateful” after reuniting with two of her former Hollyoaks colleagues. The actress rose to fame playing Lisa Hunter on the Channel 4 soap in 2001, before exiting the drama five years later. However, yesterday the 34-year-old revealed she is still close to Kelly Condron and Helen Noble, who played Zara Morgan and Abby Davies respectively. In view of her one million Instagram followers, the pregnant star said they had got back together for the first time in a decade, just weeks before her first baby with Gorka Marquez is due.

Gemma shared a whole host of unearthed snaps after the trip, with the first being of them at what appeared to be a Christmas party.

She captioned: “Old school #Hollyoaks reunion today! Myself, Kelly & Helen. Aka Lisa, Zara and Abbey (the cool kids of the Oaks).”

The beauty continued: “Finally managed our lunch date. Over 10 years since we all got together and soon to be 5 babies between us yet it still felt like we hadn’t spent a day apart.

Gemma signed off: “Lots of memories and looking back at our Oaks photo album, collectively between us, we’re all extremely grateful there was no social media back in our @hollyoaksofficial days @kelcondron @helennoble83.”

The new picture of the group saw the former Strictly Come Dancing finalist’s bump take centre-stage in between her two friends. 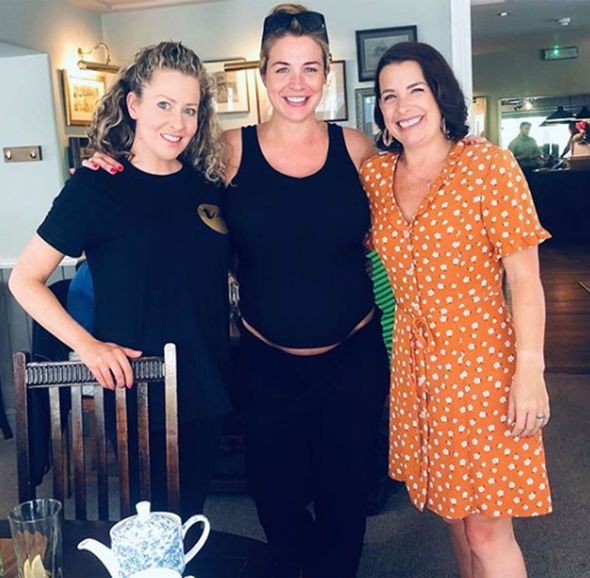 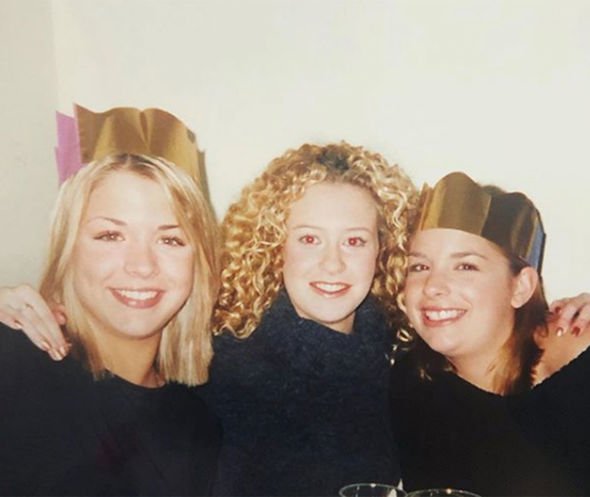 Wearing her tresses up and sunglasses on top of her head, she teamed a plain black vest with matching trousers.

Helen also opted for the same hue, while Kelly stood out in a bright, orange patterned dress, which tied around the waist.

Gemma also went on share each of their Hollyoaks shots, with hers seeing her with shorter locks and a fringe, as well as a dark shirt.

Kelly responded: “This is brilliant @glouiseatkinson @helennoble83. I love the cast shots. How young were we?”

Meanwhile others also responded to the epic throwback, with one comment reading: “I think everyone over 30 is thankful for no social media in the 90s.” 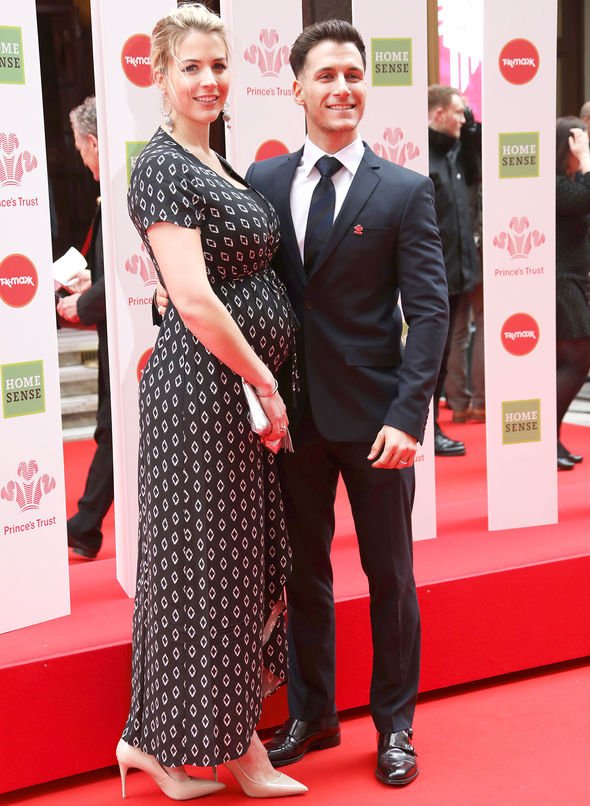 “Omg that make me feel my age… watched Hollyoaks from day one and remember all you girls… so agree wiv u thank god we had no social media back then,”(sic) another read.

It came just hours after she uploaded a poignant quote from the late Carrie Fisher with a cartoon of a large baby bump.

It stated: “Everything flows rounder and wider and weirder, and I sit here in the middle of it all and wonder who in the world you will turn out to be.”

Gemma also added on the picture-sharing app: “Boy or girl it doesn’t matter, as looking back at old pictures of myself I realise I went through a stage of looking like both thanks to my incredible haircut.

“I used to stand on a stool, kitchen towel round my neck and let mum chop away. Thanks Mum!”

Why Not Let Children Choose Their Own Names?
Entertainment