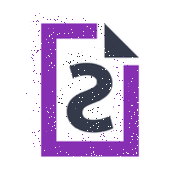 Sometimes an actor feels so connected to a character they portray that it just wouldn’t be right to leave behind the props when they exit the set. Ben Affleck admitted taking the batarang from the Justice League set, and Dakota Johnson grabbed some sexy underwear from the 50 Shades of Grey wardrobe.

When it came to one of the most iconic sitcoms of all time, the cast wanted some mementos of their time in the roles. Lisa Kudrow swiped Phoebe’s jewelry when Friends wrapped up, but she was in good company.

When Friends premiered in 1994, no one could have predicted that it would become such a tremendous success and take the sitcom world by storm. After all, there’s nothing particularly spectacular about the premise of the show.

It features six 20-somethings living together in New York as they try to stumble their way into full-fledged adulthood. The series takes them through careers, romances, and heartbreaks. Along the way, their friendships with one another serve as the backbone of the series.

Kudrow’s portrayal of Phoebe Buffay became the defining role of her career. The actor had been in a handful of TV movies and taken on some guest parts in TV series before landing the role, but playing Phoebe was definitely a breakthrough part.

Each of the ‘Friends’ had distinctive qualities

One of the things that allowed Friends to be so successful for so long — and to enjoy such a thriving second life on streaming services — is its infinite rewatchability. This quality is rooted in the way the characters each take on different personality traits in order to complement one another.

Rachel was the stylish trendsetter. Monica was the uptight Type A persona. Joey was the buffoon.

For Lisa Kudrow’s character Phoebe, it was her quirky personality and willingness to march to the beat of her own drum that helped define her. This is also what made her so endearing to fans.

Phoebe had a unique style all her own. She typically wore her hair long, and she was often seen in eclectic clothing and bright colors — a stark contrast to Rachel’s perfectly fashionable appearance. Phoebe had a Bohemian quality about her, but there was really no style that fully captured who she was because she was always doing her own thing — seemingly oblivious to the surrounding trends.

As Best Life reports, several of the stars of Friends took some mementos with them when they left the set for the final time. After spending a decade playing the same characters, it’s completely understandable that they would want a piece of that set to live on with them forever.

Kudrow insists that she didn’t steal anything from the set, but she did keep all of Phoebe’s jewelry and was even wearing one of the rings in an interview nearly two decades later.

Just because Kudrow didn’t take anything from the set herself doesn’t mean she’s free from all illicitly gained contraband. She’s in possession of a clock-shaped cookie jar from the set, and it was a gift from co-star Matthew Perry.

Kudrow was initially under the impression that Perry had gotten the cookie jar with permission, but he admitted that he took it because it reminded him of Kudrow: “I stole the cookie jar that had the clock on it, and I gave it to Lisa Kudrow, because she at one point looked at it and thought it was a real clock.”