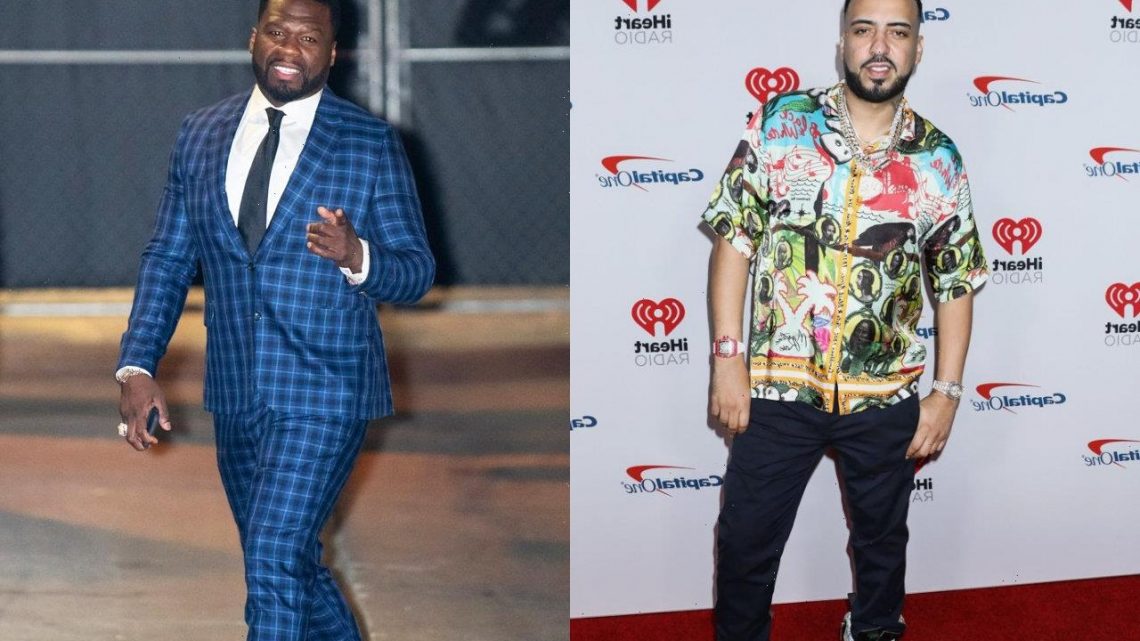 French Montana Claims His Feud With 50 Cent Is ‘Over’

The 37-year-old Moroccan-American rapper, who began feuding with Fiddy back in 2019, reveals that he is a fan of the latter’s Starz series, ‘Black Mafia Family’.

AceShowbiz –French Montana has squashed his beef with 50 Cent. Years after feuding with the former “Power” star, the “Welcome to the Party” rapper confirmed that the clash between the two is “over.”

The Moroccan native addressed the matter during his recent appearance on Revolt’s “Drink Champs”. He told N.O.R.E. a.k.a. Noreaga and DJ EFN, “Man, let me tell you something. Me, I have no problem with 50 no more after he dropped this BMF joint. That’s my favorite s**t,” referring to Fiddy’s Starz series, “Black Mafia Family“.

“Whatever me and 50 ever had — shout out to 50, the 37-year-old emcee, whose real name is Karim Kharbouch, further shared. “Yeah, me and him, everything is over after BMF. That’s the best work ever.”

French’s interview didn’t go unnoticed by Fiddy, who reposted the clip of the talk on his Instagram account. In the accompaniment of the post, the latter wrote, “That was the right answer French, well handled. What beef, I don’t remember.” He added, GLG GreenLightGang BMF.”

Also praising French for his statement was BMF co-founder Terry “Southwest T” Flenory. “Much love and Major Respect @frenchmontana thanks for the shout out but more so thanks for being the bigger man because we need to lead by example the youth is always watching,” he gushed.

The feud between French and Fiddy started on Instagram in 2019. Fiddy scoffed at French after the latter showed off a Bugatti that he bought to celebrate his release from hospital. Fiddy said the vehicle was not worth flaunting since it’s neither new nor the latest model. “You shoulda just got the Uber app on ya phone,” he commented. “Put that bulls**t back on that truck.”

Fiddy also accused French of faking his streams for his single “Writing on the Wall” featuring Post Malone, Cardi B as well as Rvssian. Clapping back at his then nemesis, the “They Got Amnesia” artist called him “sensitive dinosaur” and posted a Photoshopped image of the “In da Club” spitter kissing Eminem.