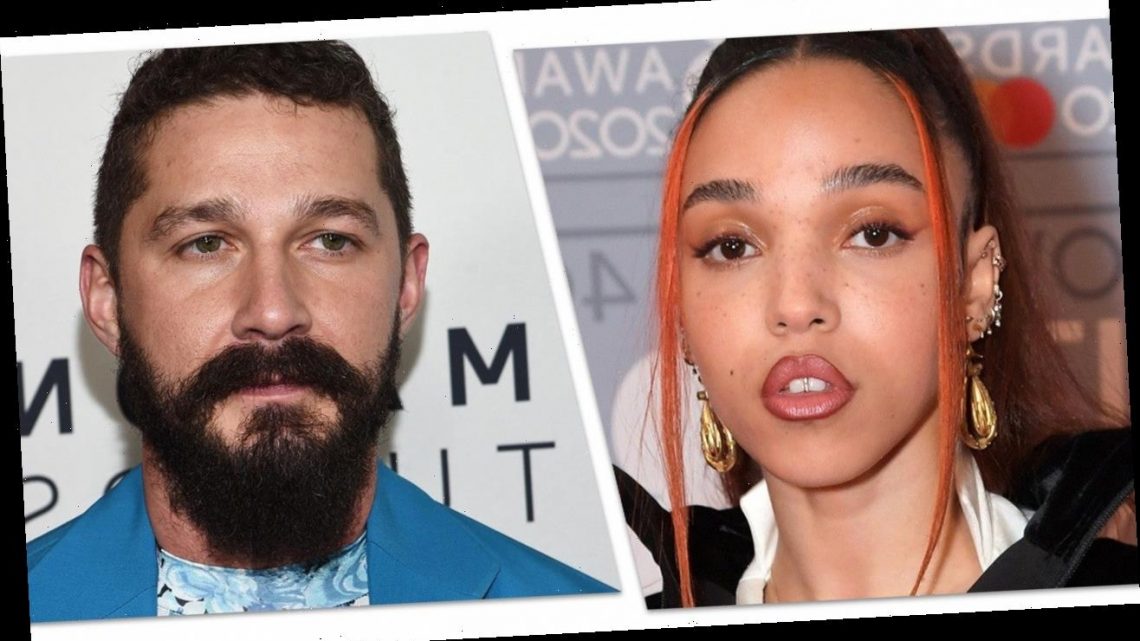 FKA Twigs is opening up about the alleged abuse she suffered while dating Shia LaBeouf. The 32-year-old singer appeared on the podcast, Grounded With Louis Theroux, and talked about her and her ex-boyfriend’s “intense” honeymoon period before she said the relationship turned abusive.

FKA, whose real name is Tahliah Debrett Barnett, filed a lawsuit against LaBeouf in December, accusing him of “relentless abuse” including sexual battery, assault and infliction of emotional distress. LaBeouf responded to FKA’s claims in emails to The New York Times, writing in part that “many of these allegations are not true.”

During FKA’s podcast interview on Monday, she alleged that LaBeouf at first showered her with big displays of affection and “groomed” her, but then became extremely jealous and controlling. ET has reached out to LaBeouf’s rep for comment.

“Being nice to a waiter, or being polite to somebody, that could be seen as me flirting or want to engage in some sort of relationship with somebody else, when I’m literally just ordering pasta and being polite … which can be really isolating,” she said. “I was told that, I knew what he was like, and if I loved him, I wouldn’t look men in the eye. So, that was my reality for a good four months towards the end of the relationship, that I wasn’t allowed to look men in the eye.”

“So then I’m looking down all the time and, you know, that does a lot to someone’s confidence,” she continued. “Just any sort of day to day pleasant interaction could result in a three-day event of me being berated and kept awake.”

She also claimed LaBeouf demanded a certain number of interactions from her.

“I had a quota that I had to meet, which changed… so, it was, like, touches, or looks, or kisses, that his previous partner apparently met this number very well, so I was ‘inadequate’ compared to a previous partner of his, and I had to get the touches and the kisses correct,” she alleged. “But I never exactly knew… what the number exactly was but it was essentially around 20 a day.”

FKA said she felt so low that she called an ex-boyfriend and asked if she was “the worst person ever,” and he assured her that she wasn’t. But the last straw came when she alleged that LaBeouf choked her at a gas station and nobody stepped in, which led her to Google an abused women’s help line.

“That’s the time when I realized, I need a lot of help to get out of this,” she said about deciding to leave the 34-year-old Transformers star for good. “And that’s when I started messaging, I messaged my best friend and I said, ‘I’m in a really abusive relationship, and it’s really bad.’ I got a therapist who I started seeing twice a week.”

In her interview with The New York Times in December about her lawsuit against LaBeouf, FKA claimed that during their relationship — which lasted about a year after the two met when she was cast in his 2019 film, Honey Boy — he would grab her to the point of bruising, isolated her from her professional team and also knowingly gave her a sexually transmitted disease.

In an email to the newspaper about her claims, LaBeouf wrote, “I’m not in any position to tell anyone how my behavior made them feel. I have no excuses for my alcoholism or aggression, only rationalizations. I have been abusive to myself and everyone around me for years. I have a history of hurting the people closest to me. I’m ashamed of that history and am sorry to those I hurt. There is nothing else I can really say.”

“I am not cured of my PTSD and alcoholism,” he continued, noting that he was in therapy and a sober member of a 12-step program. “But I am committed to doing what I need to do to recover, and I will forever be sorry to the people that I may have harmed along the way.”