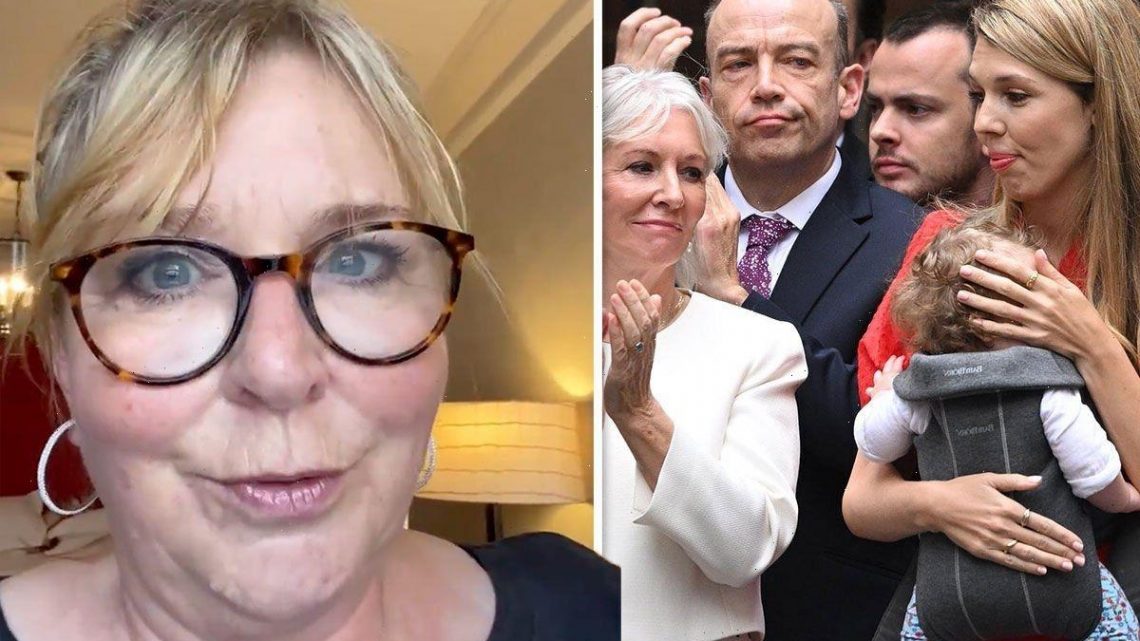 Boris Johnson delivered his bombshell resignation speech outside Number 10 as his wife Carrie Johnson watched on while holding the couple’s baby Romy. Their seven-month-old daughter and her mum were stood among the Tory leader’s close aides as he stood on the podium in Downing Street.

It marks the first time the Johnsons’ second child’s face has been seen in public, with pictures previously being taken from behind.

During Boris’ resignation speech, the PM said he wanted the public to know “how sad I am to be giving up the best job in the world – but them’s the breaks”.

Former This Morning presenter Fern Britton took aim at the ex-Conservative leader ahead of his resignation.

Taking to the micro-blogging site yesterday, the ex-daytime presenter claimed he was clinging to power. 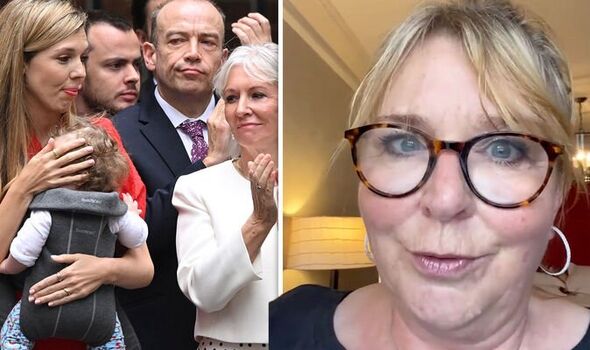 In view of her 115,00 followers, she tweeted: “Mr Johnson hanging on like a toy boy to his wealthy benefactress, whilst swearing blind he was the best thing that ever happened to her…. Dignity dear boy, dignity.”

Twitter user, @queak wrote: “It’s embarrassing I would have more respect for him if he left #knowwhentoletgo.”