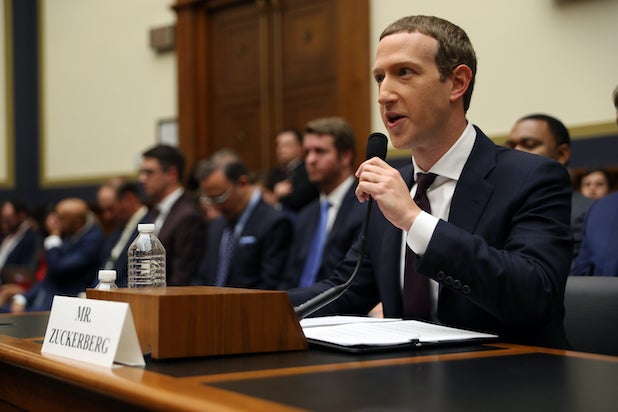 Zuckerberg testifying before Congress in October. He was asked about the company’s stance on political ads and its data privacy policies, among many other topics.

They just don’t want to deal with the headache. Frankly, I don’t think Twitter, from an operational perspective, is competent enough to even police their own political ads well enough. So the fact is they’re scoring easy PR points by climbing the moral pedestal and saying, “We’re not going to do political ads.”

Never in a million years could they spin up the operational workload to actually do it. It leaves me snickering a little bit.

I also think it’s the wrong decision. Think about it, what does it mean now? Who gets air time now? Only those that drive the most crazy, viral, organic unpaid engagement.

They’re basically saying only the most extreme, viral political voices will be heard on Twitter. And I don’t know that that’s actually better. All this moral sanctimony around Jack making the right move — “You’re move, Zuck,” — they’re naive.

Less than a year ago, Zuckerberg was championed by many of his detractors for kicking off Alex Jones and several other provocateurs. The sentiment on this stuff seems to change quickly.

Yes. The people who are part of this choir who are advocating certain public policies don’t fully understand the repercussions of them. And then when those repercussions become manifest, they go and protest about that, too.

For example, this whole clamor for Facebook being the arbiter of truth means that the content operations and moderation [teams] have to be scaled in a huge way. They go out and hire 10,000-15,000 contractors to stare at the world’s most awful content, and now it’s a scandal that Facebook went and did exactly what the PR world asked them to do. How do you think this should work? This is exactly what it means to be the arbiter of truth.

The Chinese government supposedly has hundreds of thousands to millions of people censoring everything their citizens watch. If you want a police state, it takes a lot of policemen.

Again, this whole choir advocates for this one policy but doesn’t fully understand the repercussions of it, and then when the negative externalities of the policy manifest, the choir then turns its attention to that.

Does Facebook hold any responsibility for not managing its platform well enough and allowing disinformation to spread, particularly during the 2016 election?

Yes, to some degree. But I don’t think the impact of disinformation on the actual outcome of the election is anywhere near the way it’s been actually framed as being. At the end of the day, I don’t think the Russians won the election for Trump. There’s just no way. Whatever it was, $40-50 million in media spend, all very well targeted, what they generated, all those viral meme pages — Jesus memes and all that crap — doesn’t amount to anything by any concrete numbers.

Nonetheless, do I think Facebook was asleep at the wheel and didn’t see this whole political thing coming? Yes, I do think they deserve some level of blame.

My reaction is similar to the Cambridge Analytica scandal. Has that been blown completely out of proportion? Yes. Cambridge Analytica didn’t do  s–t. Their targeting didn’t work. They’re just like every other fly-by-night firm out there: They didn’t actually drive the results they claimed to drive.

That said, should Facebook, knowing what they were doing — and they did know, years before the whole thing blew up — have kicked them off the platform? Yes, I do think they deserve some criticism for that. 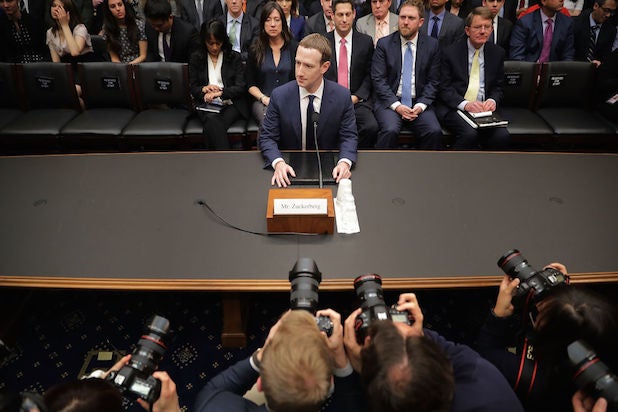 When it comes to Cambridge Analytica, it sounds like you’re saying the cover-up was worse than the actual crime?

I don’t know how much [Facebook] tried to cover-up. The building-up of [Cambridge Analytica] as the great dark geniuses of political advertising — this company that I, and most people in ad-tech, had never even heard of before this whole thing blew up — is incredible to me (laughs). I’m just very skeptical of that entire story.

Can you put in layman’s terms why that story was overblown?

Two things: First, the amount of spending was pretty small. It was like a $1 million at most that they spent on the campaign. Size and scale does matter in the ad world.

And two: The popular perception of advertising is almost completely wrong. Those who seem most willing to believe the magical power of ads literally turned people into Trump-voting zombies, are those who know the least about advertising work. And those like me, who have spent years in this world, are the ones who are completely skeptical of these claims.

Ads work, but they work at a statistical level. You have a 1% click-through rate, and if you really work like crazy, and use really great data, you will drive to 2%. Which may or may not sound like much to you. From one point of view, it’s nothing. It means 98% of people completely ignored your message. Of course, from the point of the advertiser, they paid X amount of money, and their inbound went from 1% to 2%, so it doubled the amount of people coming in the door and it worked.

But when [Facebook] says “this [Russian Internet Research Agency] thing reached 100,000 people” and then people think “Oh, this is the number of people it precisely hit in the right swing town.” This is not how advertising works.

Facebook framed it this way in their [congressional hearings], and I think it was the right way to go: What fraction of pre-election media was Russian disinformation — which again, I’m not saying doesn’t exist; clearly it’s a real thing. But if you compare the numbers they generated to the total amount of media consumed on Facebook in the U.S., it’s like nothing. I did some back-of-the-envelop math on it, it’s like a hundredth of a percent of a year’s worth of media [that the Russian bots accounted for]. Which means that the average American maybe saw one piece of media from these pages.

Think about it: Would any single piece of content that you saw over the course of a year change how anything about how you feel about anything? Of course not.

Moving to the 2020 election, Zuckerberg has publicly boasted about how Facebook has added moderators to their election team in recent years. Are they better positioned to combat what hit them in 2016? Or are they still going to be playing catch-up?

I think the amount of buzz in the press will be the same. But when Facebook sets itself a mission of “we’re going to improve this metric,” they really do it. Their playbook is not like, “We’re going to do this amazing thing,” and then they fail at it woefully. They go and, Zuck says a thing, and 15,000 contractors are hired. I think they’ll be better [at fighting 2020 disinformation].

And to be clear, just because I’m skeptical of the overall impact in terms of the election, doesn’t mean I think these efforts are wasted. Not everything is binary. Incremental improvements on not having the [Russian] memes is probably a net good.

The fundamental global switch towards nationalist, populist politics, of which Trump is an example of, doesn’t just go away just because Facebook fixed a thing (laughs). That’s my big thing: We’re all ignoring the major problem because we think Facebook fixing a thing is going to fix it. But sure, is it better to have them more aggressively going after Russian content farms? Yes, sure. Fine. Why not do that? But I don’t think it’s going to be that impactful.

Have any of the Naked Attraction couples stayed together?