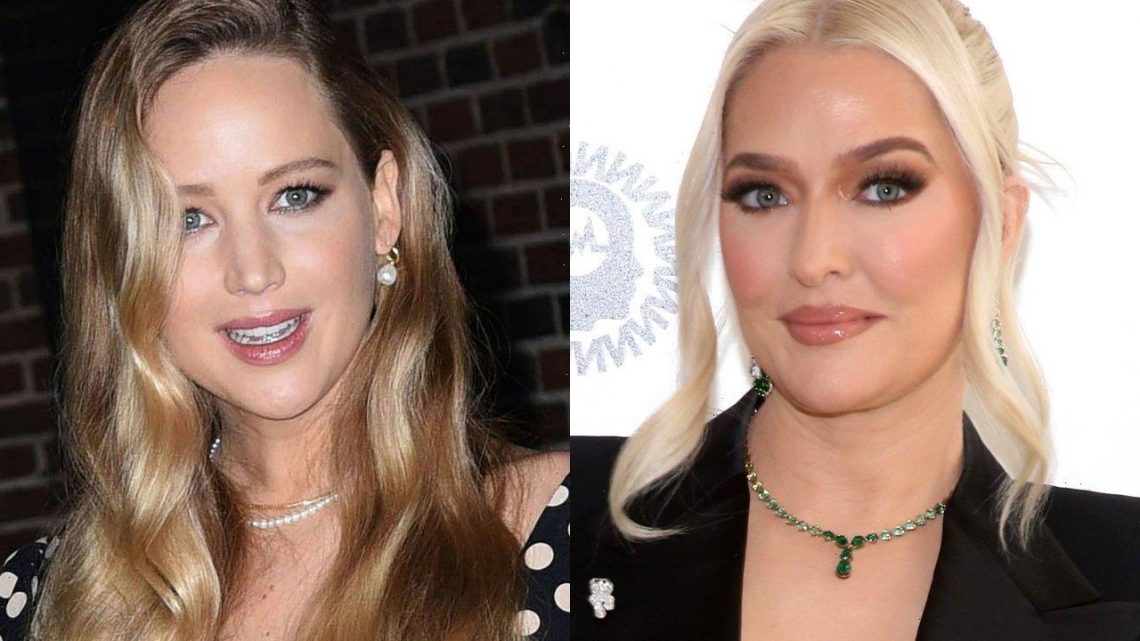 Erika Jayne Claps Back at Jennifer Lawrence Over ‘Evil’ Comment

The ‘Real Housewives of Beverly Hills’ star warns that the ‘Don’t Look Up’ star’s ‘ugly parts’ will be unmasked after the actress called the reality TV star ‘evil.’

AceShowbiz –Erika Jayne has responded to Jennifer Lawrence‘s shady remark about her. Clapping back at the Oscar winner for calling her “evil,” the reality TV star warns that the actress’ “ugly parts” will be umasked.

Erika was given an opportunity to respond to Jennifer’s comment about her during an appearance on “Watch What Happens Live” on Wednesday, September 14. “I saw you last Friday at the reunion, which was quite dramatic. And then this video dropped of Jennifer Lawrence, who is a huge ‘Housewives’ fan, calling you evil and saying you need a publicist,” host Andy Cohen brought up the topic, before asking Erika, “What was your reaction when you saw that?”

The singer said, “You know, it’s easy to label people when they are at their absolute lowest going through something in real time on television.” Believing that Jennifer is no saint either, she added, “But anytime that she would like to come on down and mix it up with us, I’m sure that we could unmask the ugly parts of her personality as well.”

Andy was amused by Erika’s straight-faced expression. “Look, she doesn’t even flinch as she says it,” he said with a laugh, while pointing out to his audience and Erika’s fellow guest Michael Rapaport.

Jennifer mocked Erika when breaking down season 12 of “The Real Housewives of Beverly Hills” at the Toronto International Film Festival. An avid fan of the Bravo franchise, the 32-year-old said, “My biggest problem with this season is that it’s just been boring and I think that Erika is evil,” seemingly referencing the fact that the “Pretty Mess” singer has been at the center of several lawsuits involving her estranged husband Tom Girardi.

“I would go as far as to say, she needs a publicist ASAP,” Jennifer added, though Erika already has one. While Erika’s rep declined to comment on “The Hunger Games” star’s dig at the Bravolebrity, a source told Page Six that the publicist does not have “control” over what Erika says on the reality series.

Nightclub owner Peter Stringfellow's gold throne to be auctioned off