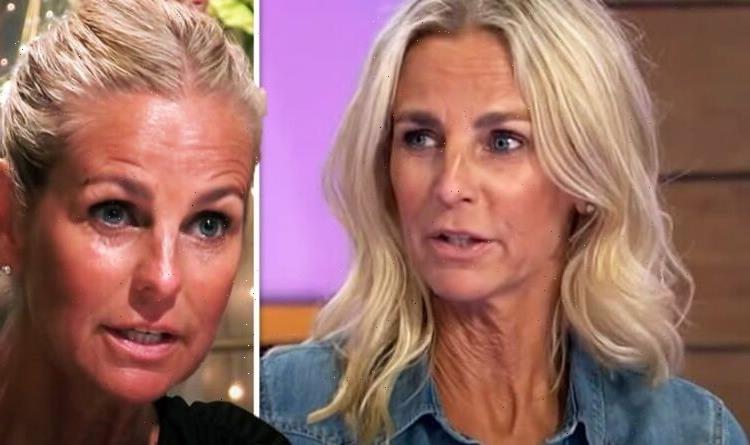 Celebs Go Dating star Ulrika Jonsson has reflected on her “emotionally damaging” divorces following the introduction of the no-fault divorce bill that came into effect in the UK earlier this month. The Swedish TV star, 54, reflected on her three divorces, adding that the process of each had left her “emotionally mangled” as she was forced to reflect on the break-ups as part of the legal process.

The blonde-haired TV personality revealed how the introduction of the bill “pleases her no end” following her own divorces.

She also branded the introduction of the no-fault bill “better late than never”.

The new bill, which was introduced this week, sees couples able to be granted a divorce without apportioning blame to either party.

Addressing her past break-ups, Ulrika branded her divorces the “hardest decisions” of her life.

Revealing that she’d been a “petitioner” twice, the star said that it felt “utterly wrong” to be apportioning blame to either her or her partner as part of the divorce process.

Writing in her column for The Sun She added: “The run-up to the decisions had been horrendous — emotionally mangling me, torturing my soul and sharply altering my view of myself and the world.”

Ulrika said that the process of apportioning blame proved to be a stressful experience, explaining: “Having to come up with reasons why my husband had behaved “unreasonably” was unreasonable in itself.”

The star told how upon her first divorce, both her and her spouse came up with a series of “ridiculous” reasons for the split.

She claimed to have included her ex-partner’s toothpaste-squeezing habits, adding that they weren’t something she could get on board with.

However, she added that it wasn’t the case for her most recent divorce, adding that it was “damaging” having to reflect on the break-up.

Ulrika explained: “Fast forward some 13 years later to my last divorce and the reasons were required to be a little weightier. And it felt awful.

“It was emotional and damaging to have to retrace the steps of why things went wrong,” she said in her column.

Ulrika has been married three times, the first to John Turnbull who she shares son Cameron with.

The star then married Lance Gerrard-Wright who she welcomed daughter Martha with.

Most recently, the star was married to American advertising executive Brian Monet, who she shared son Malcom with, before splitting in 2019.

The introduction of the no-fault divorce bill is the biggest change in divorce laws in over half a century.

The change will see fault removed, and instead, a couple, or just one individual, could show the marriage is broken.

An individual will be able to prove the marriage has fallen apart by simply stating they are very unhappy.

Robert Buckland, justice secretary when the Bill passed in 2020, said the change is to “stop divorcing couples having to make unnecessary allegations against one another and instead help them focus on separating amicably”.