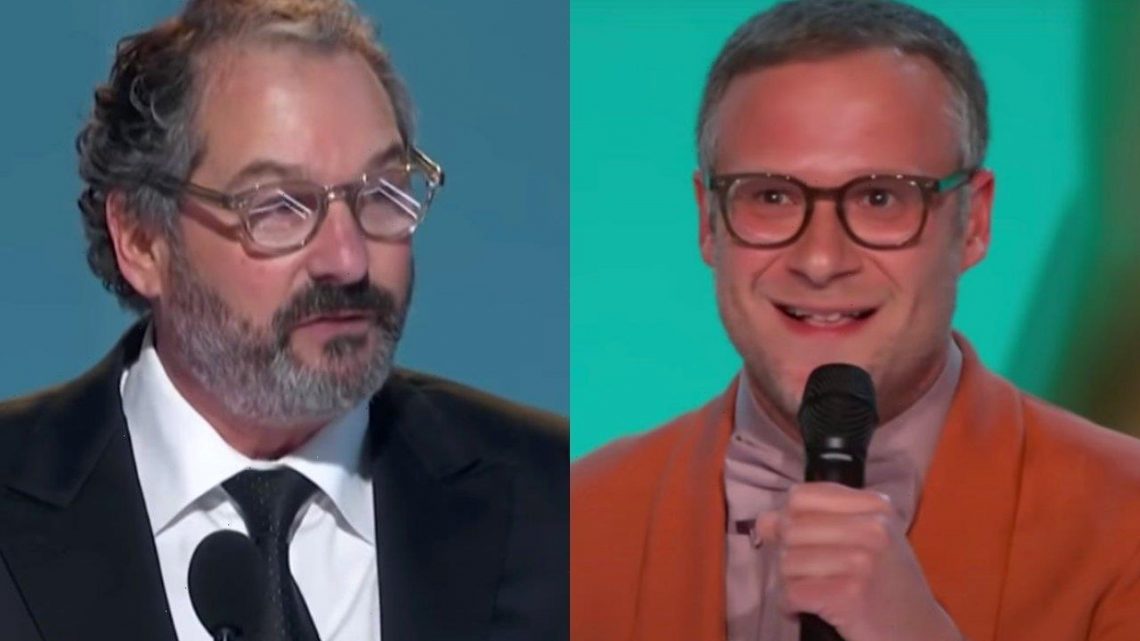 AceShowbiz –Seth Rogen made headlines on Sunday, September 19 after he went off script at the 2021 Emmy Awards. When the actor took to the stage to present Outstanding Supporting Actress in a Comedy award, he slammed the organizers for its lackluster coronavirus safety protocals.

It has now been reported by Variety that Emmys producers Ian Stewart and Reginald Hudlin are “still fuming” over Rogen’s COVID-19 jokes that night. It was said that the joke was never on the script and that the producers were confused as to why Rogen made such jokes. The report noted that the “Superbad” actor attended rehearsals earlier in the day so knew what the safety protocols were.

“We have worked for months and months to make that a safe space,” Stewart told the publication. “We’ve worked with all the health authorities. We were signed off by LA County, we came up with a plan with them. Those tables were distanced. Everyone was vaccinated. Everyone was negative tested in that audience.”

“And also he had rehearsed. So he knew exactly what it was. So, I just felt it was an unfortunate misdirect from [Seth Rogen]. Because it wasn’t just our decision. This is the health authorities’ decision as well, to say that it’s a completely safe environment if you do all those things,” he continued.

He added, “It made three months of very hard work and many, many discussions to get it absolutely right feel a little bit wasted, really. And then we just sort of played catch up. Because we wanted the audience to know how safe it was in there. We work in this industry, we’re desperately aware of COVID. I’ve done 50 productions nearly in COVID and not have people get sick. So, it’s deeply frustrating.”

At the award-giving event, Rogen said, “What are we doing? They said this was outdoors. It is not. They lied to us.” The comedian went on to joke, “We’re in a hermetically sealed tent right now. I would not have come to this. Why is there a roof?”

During the interview, Stewart also criticized “The Queen’s Gambit” creator Scott Frank. The latter was slammed for ignoring the music cues to cut his acceptance speech and took over four minutes for his acceptance speech for Outstanding Directing for a Limited or Anthology Series or Movie.

“I don’t want to go through that again,” Stewart said of the Frank situation. “It’s a simple equation. These people are professionals. They understand what’s going on, it’s their industry. It’s not a sports awards. So they know what they are doing and the simple fact is, they know there’s only a finite amount of time.”

He added, “I’d love them to be able to speak for half an hour if they wanted to. But we don’t have that time. So it’s a simple equation. If you think that you have to speak for four or five minutes, that means somebody else can’t. It’s just incredibly disrespectful to your fellow nominees.”