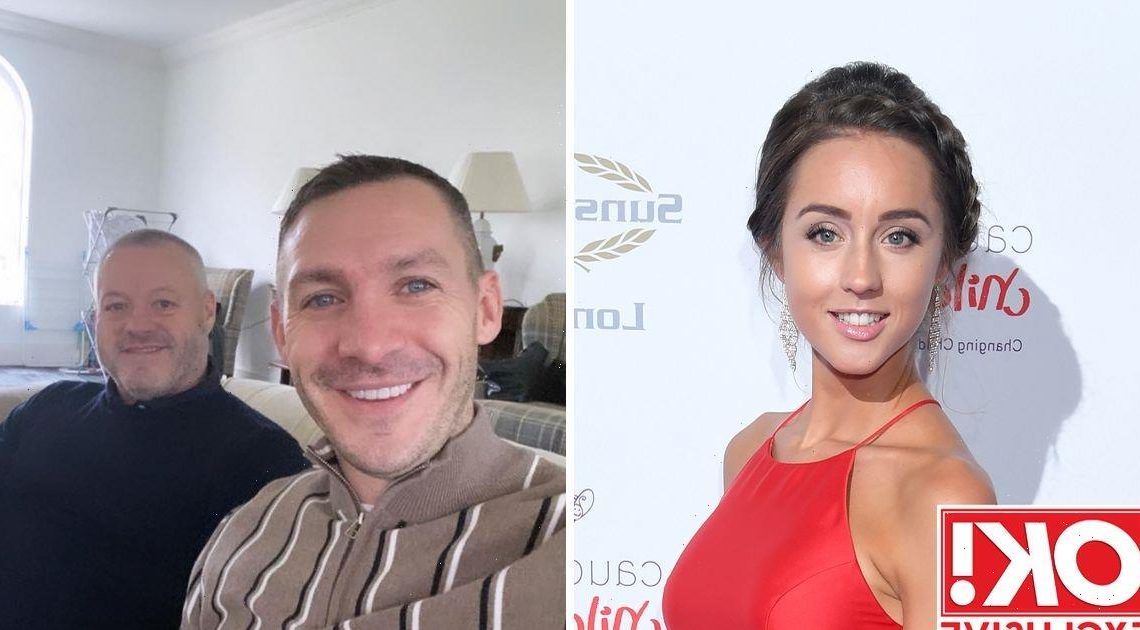 Emily Andrea has praised former TOWIE star Kirk Norcross after he opened up about turning to drugs after the shock death of his father Mick. Writing in her latest OK! column, Emily encouraged those who are struggling to seek help as she reveals male suicide rates have hit their highest levels in two decades.

The mum-of-two also reveals how she's been keeping her kids entertained during the school holidays – and praises Team GB's Olympic heroes. See what she has to say – for free! – below.

Are you an OK! VIP? If not, why not? It’s free and gives you backstage access to stories like this, exclusive home tours, special discounts and so much more! All you need to do is pop your email address below! P.s. if you’re already seeing this article in full, congrats – you’re already on our guest list.

The kids love being out and about

The school holidays are here. Last week, we went up to London on the train to go to the Science museum. The kids loved it, particularly the space gallery. Pete really loved it too and it was really nice to do something as a family. We got rained on really badly afterwards, but we had a lovely lunch in a restaurant near the museum and had pizza and pasta. We’re lucky, as the kids are so easy to entertain these days, they just love being out and about!

We’ll go to soft play or for a playdate with friends, but they are also happy just chilling at home. It can be tough in the summer holidays to keep them entertained, and the cost of activities can really add up. We try and mix day trips in with things like picnics, bike rides and going to the park.

Pete had a gig on Saturday, so I was chatting to the kids about what he is up to, and that we might go and watch. Theo’s never seen Pete perform before, he didn’t understand what a concert is! I had to explain that it is when daddy sings and dances in front of lots of people and he looked at me and asked, ‘why?’ I realised then it’s quite difficult to explain to a 4 year old what a concert actually is!

I’ve been trying to get organised for the kids going back to school. I spent the evenings last week sewing name labels to their uniforms. It will be Theo’s first term at big school in September and he wanted to try on his uniform last week, he looked so grown up it broke my heart a little bit! He’s not that bothered about going to big school at the moment though, so we’ll see how it goes in September. He just keeps saying he wants to go back to nursery! I think he will miss some of his friends there, but I’m hoping he will make some new friends when he starts.

So pleased for Tom

I love that the Olympics is a mixture of making you feel really patriotic and proud of your country, but that it also brings different countries together. It also celebrates lots of different talents and abilities which I love. I was so pleased for Tom Daley for getting his gold alongside teammate Matty Lee in the Men’s synchronized 10m diving.

It’s been a long journey for Tom and finally, in his fourth Olympics, he got his Gold medal. It just goes to show that hard work really does pay off – Tom is a real inspiration. Getting to the top level in any sport takes such dedication, and all the medal winners totally deserve it! It was lovely to see him enjoying the moment.

Last week, Kirk Norcross opened up about turning to drugs after his dad, Mick Norcross, died by suicide in January. The sad fact is that Kirk won’t be alone in dealing with grief in this way. Last September, it was reported that male suicide rates hit their highest levels in two decades.

Also, the pandemic has put extra pressures on people in terms of their mental health, finances or loss of social contact or loved ones. It’s great that Kirk has sought help, is now sober and wants to speak up to raise awareness for anyone who is in a similar situation to him. I really admire his courage during such a difficult time. I’d encourage anyone who is struggling with grief or substance misuse to reach out as there is help out there, whether that is through your GP or another health professional.

For all the latest celebrity news, sign up to OK!'s daily newsletter here.

Jessica Springsteen Is Ready to Clear the Fences at the Olympics