Sir Elton John couldn’t hide his delight as he appeared on the blue carpet on Monday at the UK premiere of Rocketman, the biopic about his life.

The musical icon, 72, was joined by stars of the film including Richard Madden and Taron Egerton, who led the many celebrities attending the screening at the Odeon Luxe in Leicester Square, London.

The movie is a musical about the fantastical human story of Elton John’s, 72, breakthrough years and is produced by both Elton and his husband David Furnish, 56.

Rocketman: Sir Elton John, 72, couldn’t hide his delight as she appeared on the blue carpet on Monday alongside Richard Madden and Taron Egerton at the UK premiere of Rocketman, the biopic about his life

Richard Madden plays Elton’s manager John Reid in the movie. They first met at a Motown Christmas party, moved in with one another and became lovers.

Their romance ended after five years, but John remained Elton’s manager until 1998. 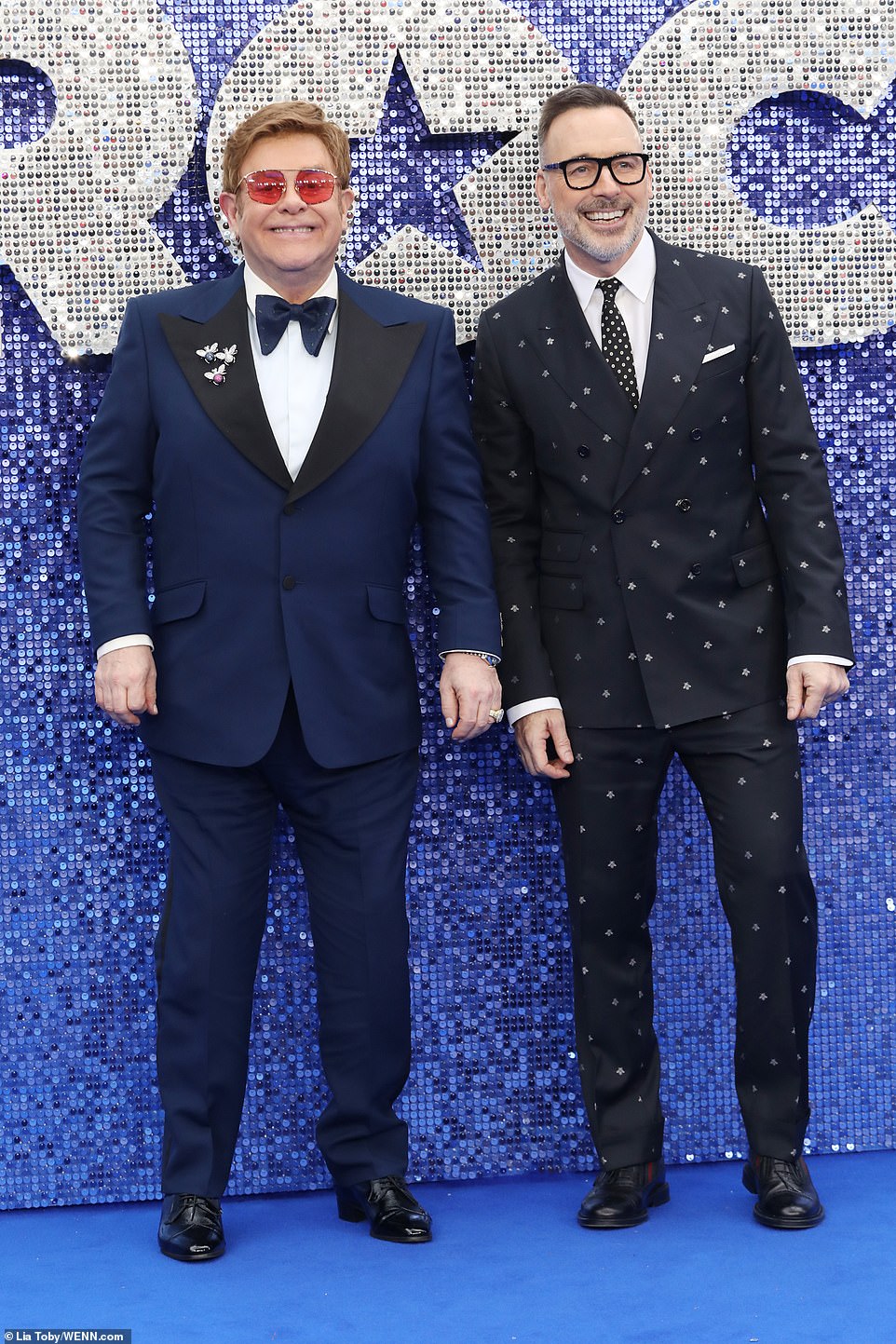 Happy man: Sir Elton  was joined by his husband David Furnish, 56, at the UK premiere 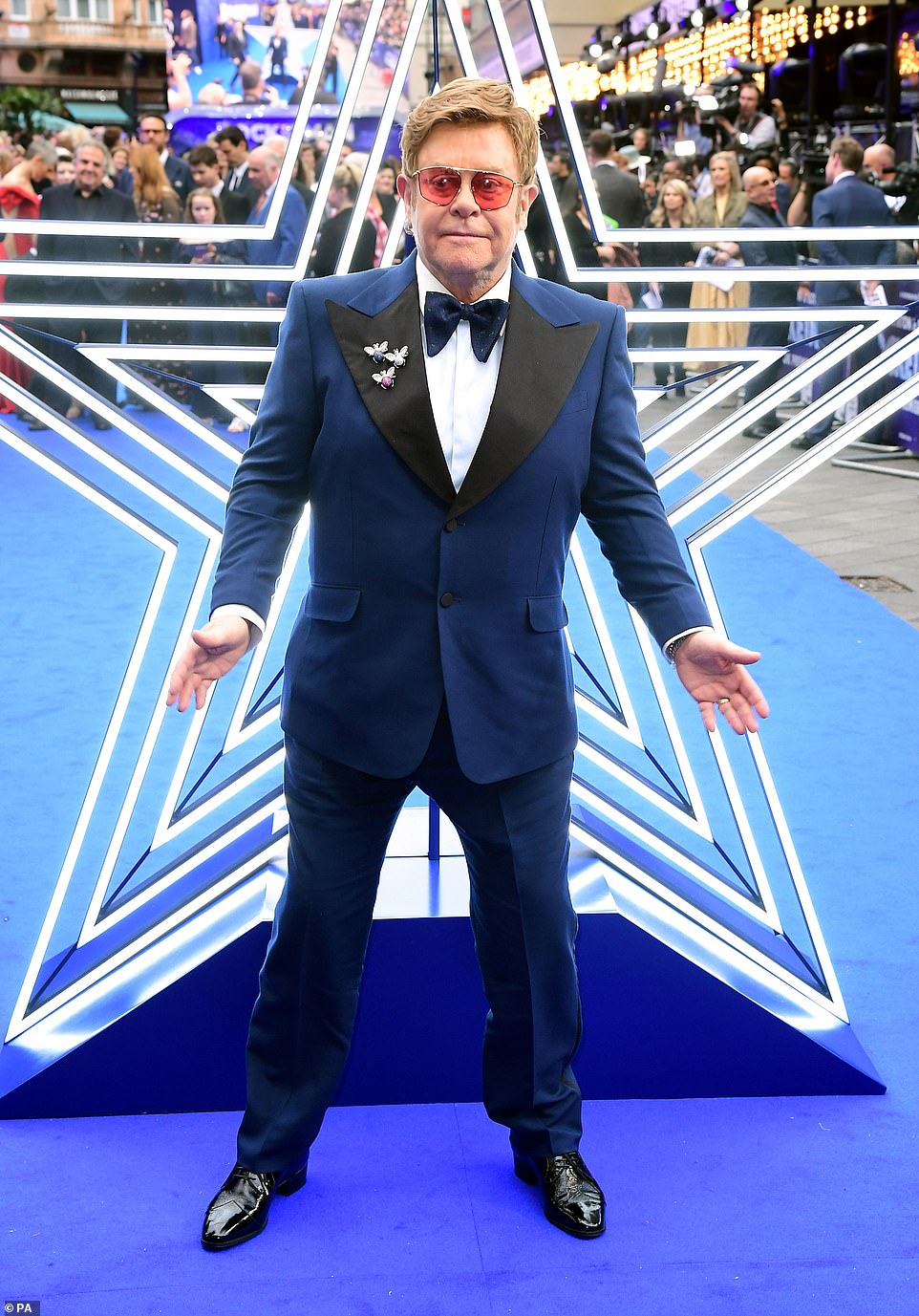 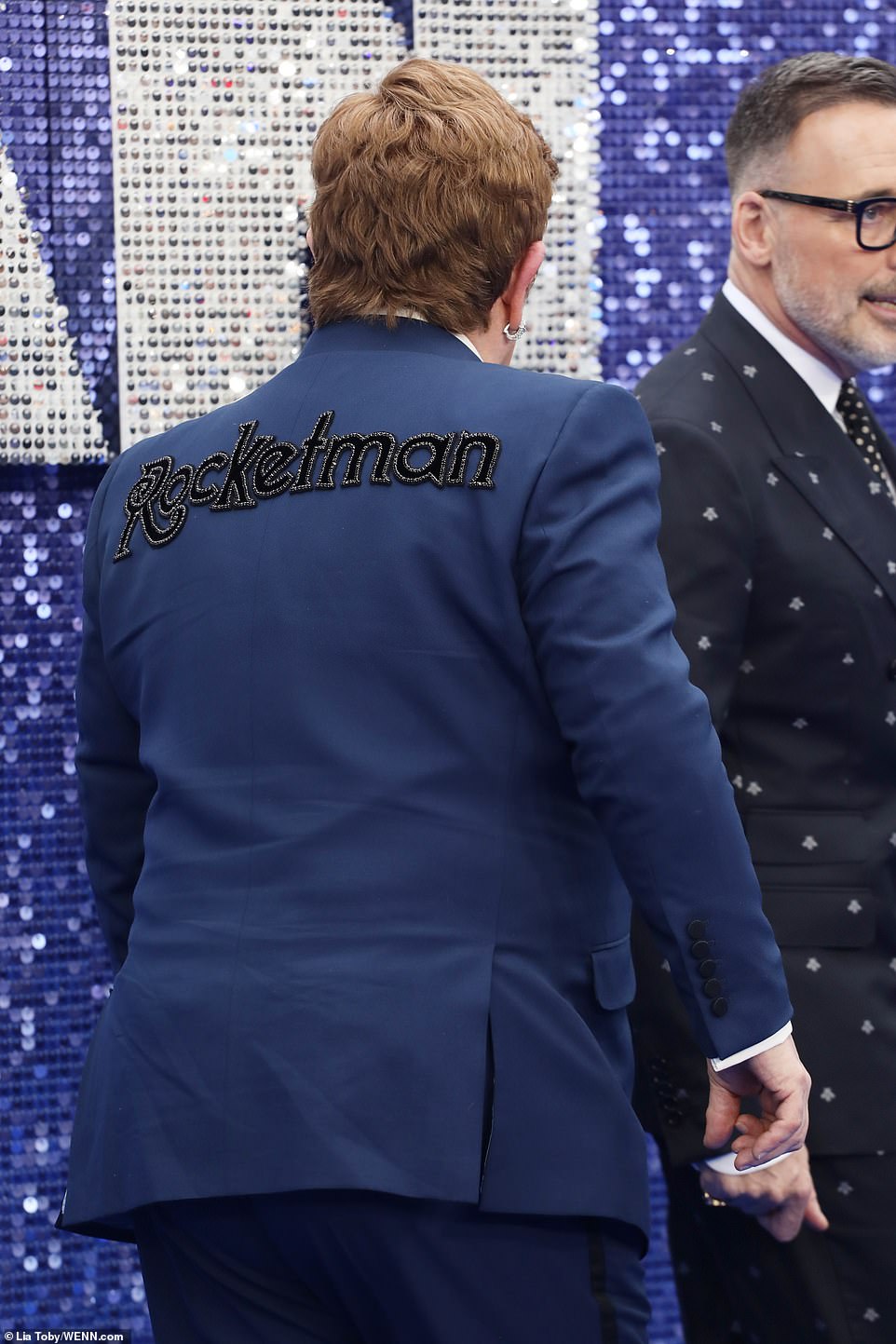 Iconic: The musical icon’s jacket featured the word ‘Rocketman’ embroidered onto the back 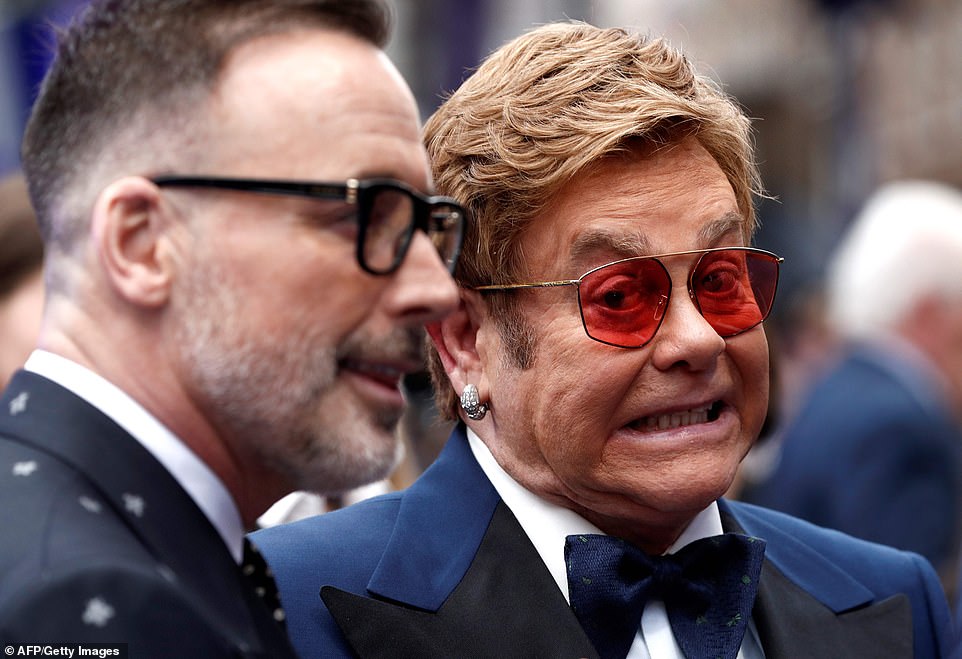 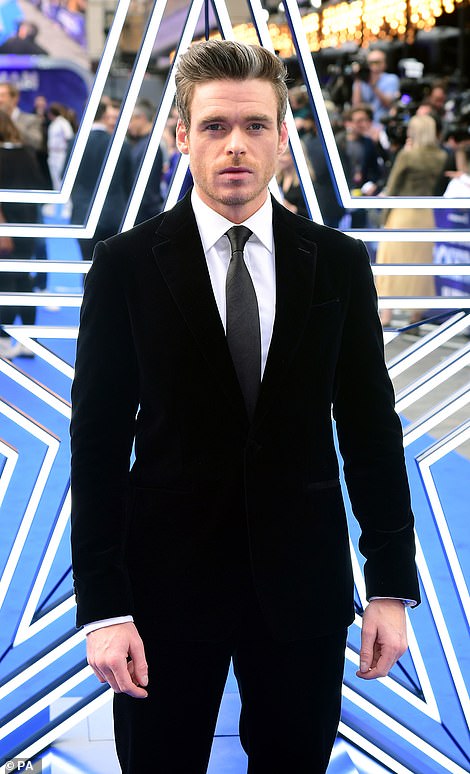 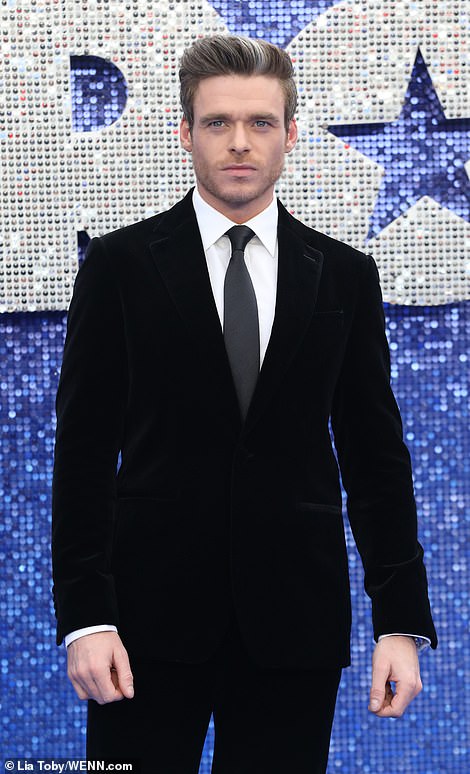 Sleek: Richard Madden kept things simple as she stepped out in a sleek black suit for the UK premiere 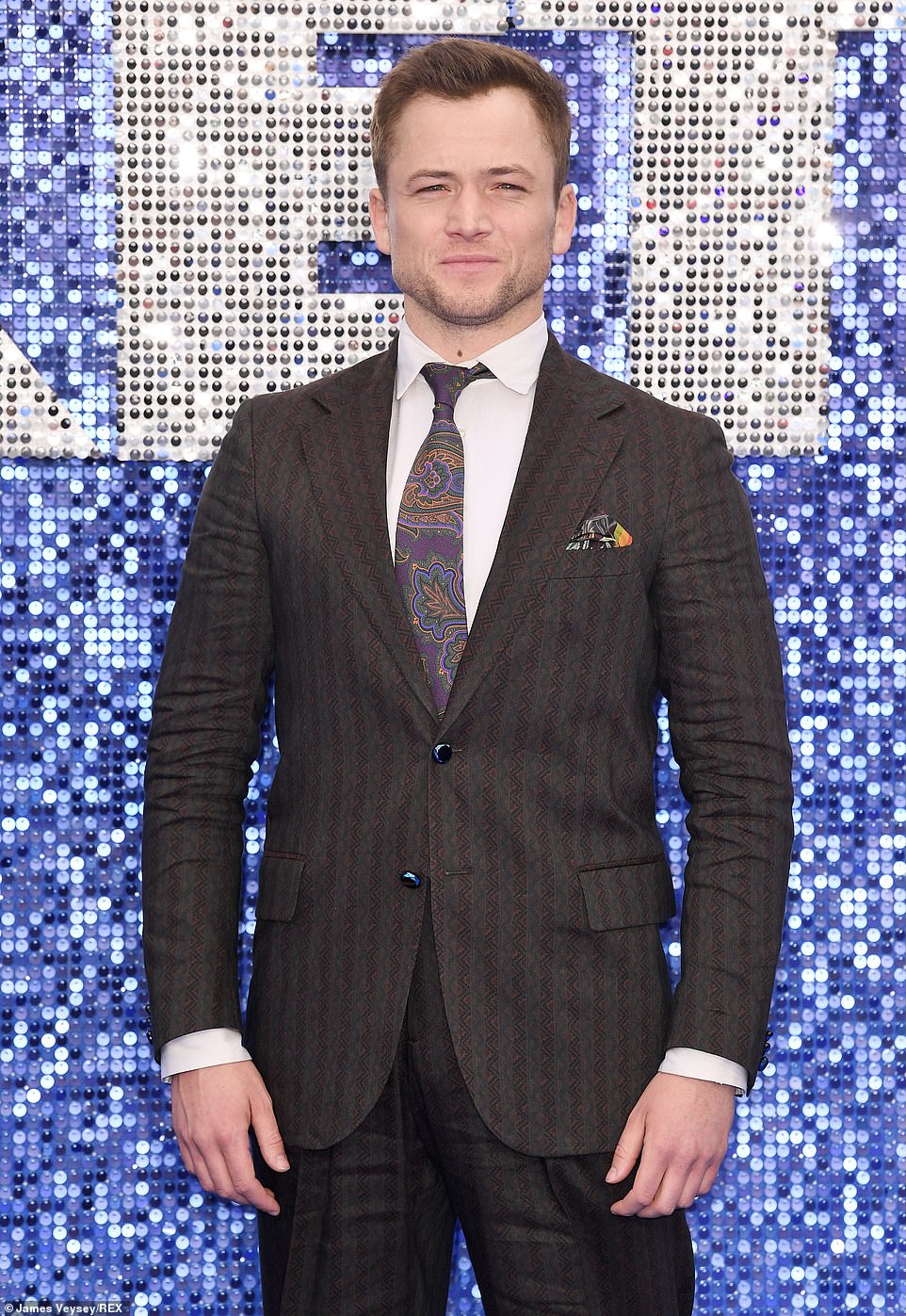 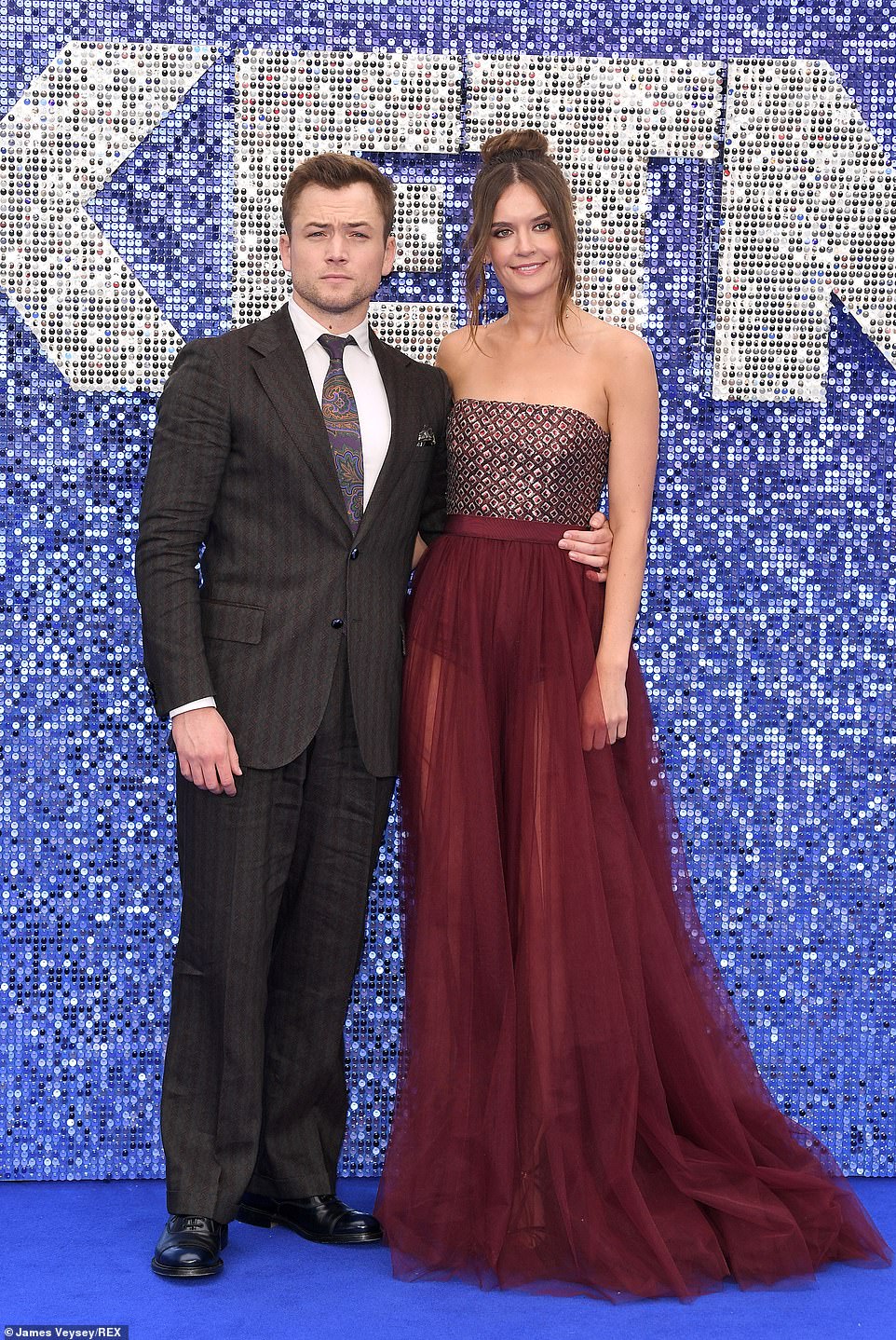 Looking good: Tagon cosied up to his girlfriend Emily Thomas on the blue carpet, who stunned in a sheer strapless gown 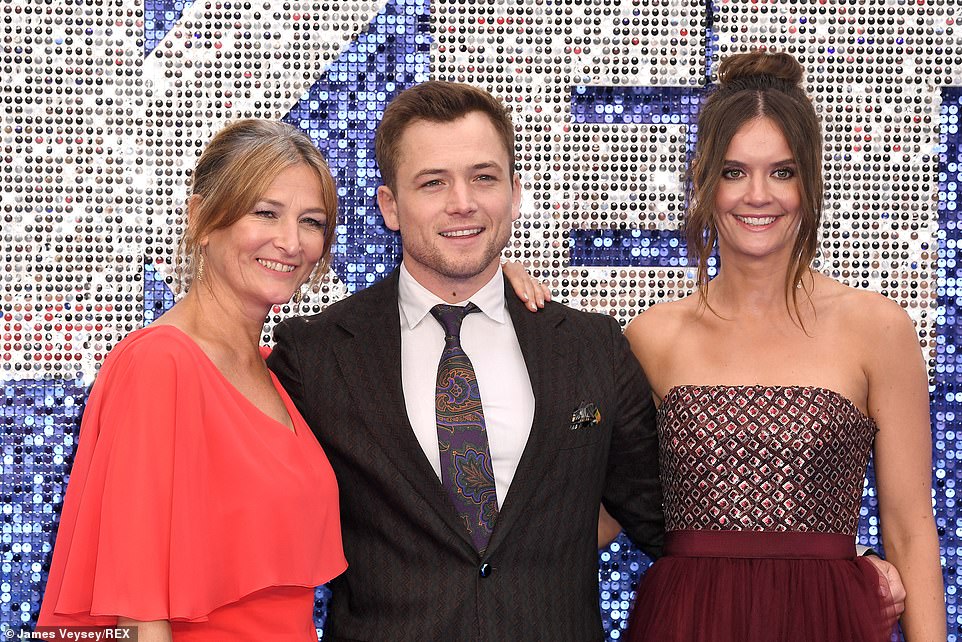 The ladies in his life: Welsh actor Taron was joined by his mother Christine Egerton as well as his girlfriend Emily Thomas

TV Review: ‘Dead to Me’ With Christina Applegate and Linda Cardellini